Marsha Ambroisius is everything I love and want to see more of in music today. Gorgeous and unique and talented beyond words. She’s an incredible songwriter and her singing can give me chills, it’s so beautifully melodious. 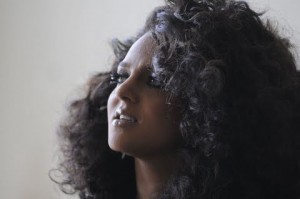 will be released on February 22, and the second single she’s released would have been lovely enough on its own, but Marsha made it absolutely unforgettable with the concept of her video. This is Far Away.

Marsha looks stunning, and wow. The first time I saw this video, it left me with tears in my eyes. The message at the end reads:

Every year over 1 million people commit SUICIDE. Some were BULLIED because of their SEXUALITY. I lost a friend to SUICIDE, and I’m asking all of you to support alternative lifestyles. Don’t put up with or join in with BULLYING. It’s time we become more aware in this WORLD. Take a responsibility to make a difference. So if my MUSIC can save one life, I’ve done my job.

I love you all so much.
Marsha

I absolutely LOVE that she’s taken this stance, and spoken out about this issue in our community. It’s the closest thing I’ve seen to a hip hop It Gets Better video. And the fact that she chose to debut this video on World Star Hip Hop is awesome indeed. I hope a lot of people who needed to see it, saw it and thought about the message.

What do you think, bellas? Are you feeling Marsha’s new song and video?