…and by “it,” I mean look so agelessly gorgeous! 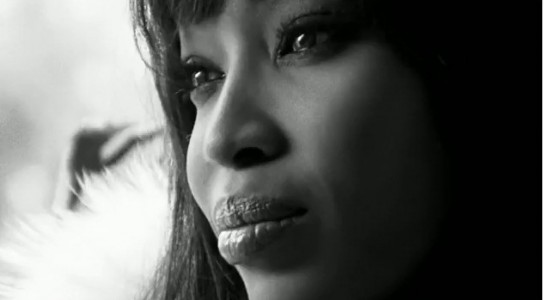 This year she celebrated her 41st birthday and got possibly the most jaw droppingly incredible birthday present of all time — a house in the shape of the Eye of Horus. AMAZING.

I’ve been an admirer of Naomi Campbell even before I was aware of who she was — fun fact, Naomi was one of the children in Bob Marley’s video for Is This Love? and when I was little I thought that was the COOLEST VIDEO EVER.

We’ve watched her beauty blossom and now, at age 41, Naomi Campbell looks as incredible as ever. Check her out as “Simon Le Bon” in a teaser for the brand new Duran Duran video for “Girl Panic!”

Told you it was a teaser!

The full video will debut on the official Duran Duran YouTube channel on Friday, and be sure to check out Style.com for the exclusive making-of trailer for the video if you want more. 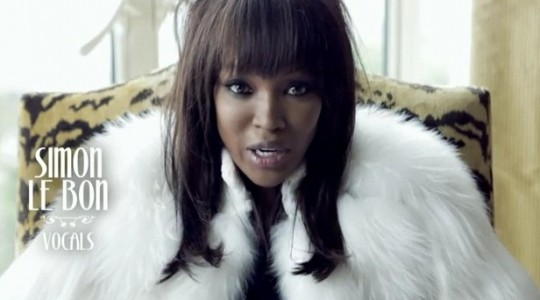 I absolutely love that Naomi Campbell is back on the music video scene, having appeared in some of the most memorable music videos of all time. She shone amongst a bevy of supermodels in George Michael’s iconic Freedom video, one of my all time favorites!

And she turned up the heat in Michael Jackson’s In The Closet (which remains THE JAM).

When it comes to finding out Naomi Campbell’s beauty secrets, the internet doesn’t yield much — and believe me, I’ve looked. We know Naomi swears by a version of Master Cleanse every few months or so. We know she believes in perfectly manicured eyebrows. And we know that she reportedly gets glycolic peels and microdermabrasion to maintain her glowing skin. And the rest can be attributed to amazing genes.