When I think back on the earliest songs I knew and my earliest childhood memories, Bob Marley is there as the soundtrack. In my mind’s eye, I can remember seeing news footage of his funeral on Panorama, Trinidad’s national news program when I was a kid. Of course, I was only three. This may be one of the memories we create for ourselves.

My father did a masters degree at the University of West Indies in Jamaica in 1981/1982. He returned with an armful of reggae albums – Bob Marley, Lone Ranger, Michigan and Smiley, Eek a Mouse, and Dennis Brown. We had almost all of Bob’s albums on vinyl – from Burnin’ on through to Uprising. I can still see myself, sliding the large black disc carefully from the album sleeve, carefully putting the needle down, then sitting back to soak in Bob Marley’s music. I remember singing Redemption Song so loud that one of my big brothers could hear me downstairs, and when he came upstairs he was too happy to let me know I got the words wrong. I made a point to learn the words, then. 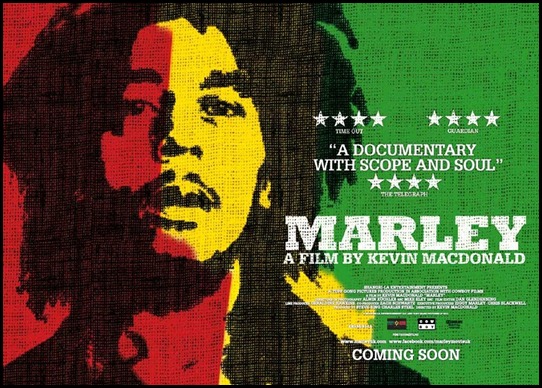 Bob Marley’s music is part of the fabric of island life. You grow up with his music always lilting somewhere in the background, wafting out of a parlor or from a vendor’s cart, or a passing car. Because his music is so ubiquitous, it’s easy to overlook his most popular songs and feel like you know everything there is to know about him. I knew most of the information presented in Kevin Macdonald’s new documentary, Marley, which hits theaters, iTunes and On Demand today, April 20 – in a stroke of brilliant marketing and timing. I knew the information, but the presentation blew me away.

I got to see a screener a week ago or so. I went into the Marley documentary thinking I knew what I’d be seeing and it would be great. I left realizing that assuming you know and SEEING this man’s life play out before you is two totally different things. I left feeling all kinds of feelings – proud, empowered, heartbroken, grieving, but still in absolute awe. I left the theater convinced that EVERYONE needs to see Marley. Not just the college kids and the already converted fans. EVERYONE. Especially those who don’t know about the man and his message, and just think of him as ganja, good times and One Love. Because Bob Marley was so, so much more than that.

Obviously there can be no spoilers for a film like Marley, that’s like saying there’s spoilers for the end of Titanic or something. Everyone knows the end of this movie is going to be tragic. But there are revelations in seeing the tragedy unfold, and seeing how valiantly and desperately Bob fought to save his own life. It’s the part of his life that nobody else got to see, before now. The trip to Bavaria. Bob Marley in all of that snow, shorn of his crowning glory. Images that hit you square in the chest. And before that, the beginning – the life of struggle and poverty in Nine Miles and then Trench Town, the cameras traveling from First Street to Second Street, and then trodding on to Third Street as Bob did in Natty Dread.

I am only 33 and I don’t wanna sound like a grandma, but I wish more of today’s musicians and music consumers – the kids buying new music these days – would see this film. In his 36 years of life, Bob Marley made music that MEANT something. Music that seizes the heart and the waistline and makes you want to move and groove, with lyrics that spoke to struggle and poverty, injustice and righteousness, positivity and love. Music that directly addressed society’s ills. Music intent to provoke change.

I went to the screening with the homie Luvvie, and when we were leaving she was lamenting the state of music today. She was like “music isn’t ABOUT anything anymore.” My view is that nowadays popular music is about the self. It’s about how much I’ve got, how much of a gangsta/cool cat/sex kitten I am, how many expensive designer things I own, where I’ve been in the world, me me me. And before, there were people like Bob Marley who were making music about the world, and trying to make a difference in your own culture and society. I wish more of today’s popular, chart topping musicians would try to be more like Bob. 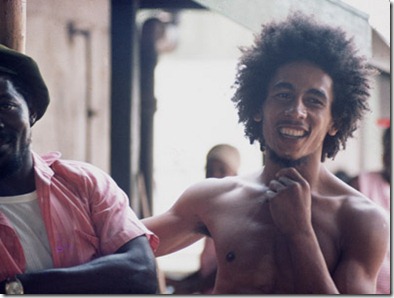 Marley shows a real, heartfelt portrayal of the man behind the Legend. Friends and family, the musicians he cut his teeth with, former lovers and baby mothers, and even Bob’s own children Cedella and Ziggy, share their memories. We learn that Bob Marley was a man of firm beliefs and expectations, a competitive and tough and seriously dedicated man, generous to a fault and aware of his position in the world.  He had crazy charisma and the ladies couldn’t help but fall for him, because despite the talent and the handsome visage, he was shy and introspective. It seemed that even when Bob was on the come up, he knew where he was going. He always had a message to be delivered around the world, to millions.

It’s amazing to see the journey – from Burnin’ and the struggles within the Wailers, to touring the world and performing before increasingly large and rapt audiences. It was fascinating to hear that Bob yearned to reach an African American audience that wasn’t yet feeling reggae all the way. He opened for The Commodores at a time that it should have been vice versa, just to reach a black audience in the USA. 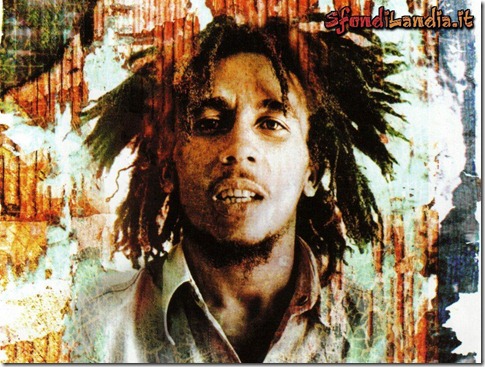 What were the flaws of the Marley documentary? There weren’t many, but I must say, as someone who grew up so steeped in the music, I felt that the contributions of Peter Tosh were downplayed – despite the beef that simmered between the two men, they enjoyed tremendous creativity together and inspired the world together.

The crowd reaction really got to me at times – Americans are so quick to laugh at an accent that’s different, and it took me back to freshman year of college when I felt insecurity and pressure to adapt the way I spoke in order to be more clearly understood. I wanted to tell the annoying row of people behind me, HEY if you listen and stop giggling, you would clearly understand what everyone in the film was saying. Subtitles did help for some, though. I can’t lie.

Rita Marley makes a statement about melanoma in the film that troubled me, because the moment I heard her say it I knew it was untrue and also a possibly dangerous statement. It made me want to stand up in the theater and say “people that is incorrect.” Melanoma can affect anyone, regardless of ethnicity. I’ll be doing a series on skin cancer for people of color in May and I just interviewed one of Chicago’s best dermatologists, so this is a topic especially close to me right now. Please know that cancer never discriminates and we all need to be wise about that..

Even though the film was beyond amazing, I still wanted more. I wanted to see more of Bob Marley’s children – especially at the film’s end, because they are his truest legacy. I wanted to see Damian Marley, Stephen Marley, Julian Marley, Ky-Mani, Rohan – all of them. Even if it was just a group photograph. Something to show how his music and his physical likeness lives on through his children.

It’s been a week or so since I’ve seen Marley, and tonight, I am SO looking forward to seeing it again. This is a film I want to own on Blu-Ray and share with my family, it’s a film that will bear repeated viewings, and a film that I hope will inspire future generations. There will never be another Bob Marley. But the world can always use more people who were inspired by his music and his message.

Today and this weekend, in darkened movie theaters, college dorms, frat houses and homes across America, fans of Marley’s music will get to soak in the undiluted truth of this musical prophet amongst men. That in itself is a glorious and beautiful thing.

For a list of theaters where Marley will be shown, click here — and it’s also available On Demand and on iTunes!

« Why I Did a Juice Cleanse and What It Did For Me
What I Learned From Trichologist Dr. Kari at the Eden Brunch! »