When I read the headline on TMZ, my heart sank right into my stomach. The Queen of Disco, the woman who contributed so much glamour and glitter to the soundtrack of my life, Donna Summer, has died of cancer at age 63. 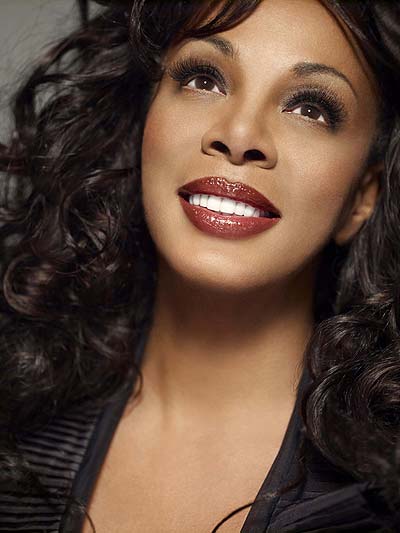 This year has been awful, in terms of losing my childhood musical icons.

Donna Summer’s music was most essential in my earliest childhood years. Songs like Hot Stuff, Bad Girls, and On The Radio were in regular rotation on Trinidadian radio just as it was in America and around the world. In the Seventies and Eighties, Donna Summer’s music was inescapable. Infectious. Everything. These were my favorites of her phenomenal songs.

I was born in 1979, so I knew Donna’s Eighties hits best. I remember having a dance to She Works Hard For The Money that SO didn’t reference or comprehend what the song was even ABOUT.

State of Independence was my jam when I was a kid. Produced by Quincy Jones, Donna Summer’s cover of State of Independence featured a ridiculous all star choir in the background. Those are the combined voices of Michael Jackson, Brenda Russell, James Ingram, Dionne Warwick, Kenny Loggins, Lionel Richie and Stevie Wonder. (Thank you, Wikipedia).

I didn’t know Love to Love You until my teenage years and I definitely remember the first time I heard it. And once you heard it, you could never forget it. That’s the sound of a woman in control and fully aware of her sensuality, and I love it. Nobody could do this song justice like Donna did.

I Feel Love is evocative of an era and of a feeling. To me, I Feel Love is flowing dresses with bell sleeves, sequins and lame, sunglasses at night, and Studio 54 in its opening year. If you close your eyes, you can almost visualize yourself under the twinkling disco balls of yore. Listening to I Feel Love, you can see what the future looked like from 1977.

Donna Summer was a private woman and many have commented that they had no idea she was sick. She lived in Key West, one of my favorite places in the world. I hope her last days were spent surrounded by the love of her family and dearest friends, in comfort and peace.

You gave the world so much beautiful music.  Thank you, Donna Summer. RIP.

« Billy B on Makeup, Jody Watley, Life, and Being a Legend
Jody Watley On Life, Music, Beauty, Billy B and Being an Icon »