I didn’t sleep well last night. And when I woke up this morning, the first thing I did was lie in my bed and let tears just trickle out of my eyes. Yesterday I learned that Erica Kennedy is no longer with us. She was a best selling author of Bling and Feminista, inspiring and funny blogger, prolific freelance writer, and most importantly she was my friend. Even though in the course of the three-almost-four years that we became friends, we never even managed to meet in person. Erica Kennedy proved just how powerful and special the internet could be. More powerful and more special than many realize. She took her online relationships and created real, strong, lasting friendships that came off the screen and into your reality. If you were lucky enough to have known her in any capacity — real life or online — then you know right now how very lucky you were. 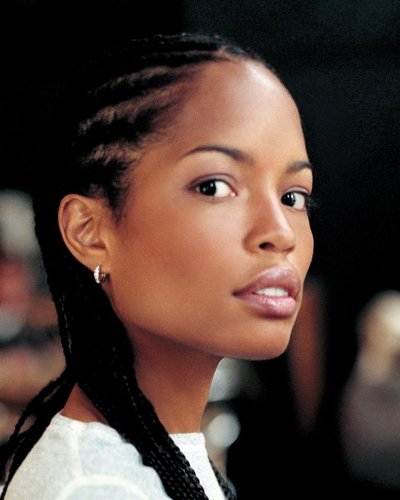 Yesterday I went back and read some of the oldest e mails we exchanged, and many of them were from early 2009 just as I was about to leave my job. It was a hectic time for me, and Erica was always Erica. Always busy or almost-available-but-wait-something-came-up. Both of us were. We exchanged message after message on some “let’s do lunch!” “No, wait…I can’t. Next week?” “OK, next week it is!” We never managed to make it happen before I moved to Chicago, and then it was obviously a wrap. Even though we never met in person, our phone calls and e mails, tweets and Facebook interactions, made her a true friend. Everything Erica Kennedy ever did for me, was to encourage, uplift, connect, celebrate, and assist me professionally. Not for her own means or agenda. Just because that’s who she WAS. When she saw a certain magic in you, she did everything she could to encourage it.

When I was about to leave my job, I was scared. My future looked murky and unsure. I was quitting my job and leaving behind my security, my insurance, my salary, the only American city I knew as home, and we were moving to Chicago. But when I talked to Erica, she reassured me. She could see me moving to Chicago, working for myself, and taking Afrobella to a whole new level. She encouraged me behind the scenes to follow my dreams. She wrote the first comment on this post, Rolling The Dice On My Life, which was about the decision to leave the Miami New Times and Miami altogether. My Miami experience wasn’t Erica’s Miami experience. I worked on gritty Biscayne Boulevard and lived in suburban Kendall. My weekdays were largely spent editing newspaper copy and driving to and fro for over an hour on the highway in miserable Miami traffic between work and home. She lived on South Beach and spent her days wandering Lincoln Road, writing at Starbucks, and interacting with South Beach’s quirky natives. She loved Miami. I know she loved her life there.

I didn’t join a sorority in college, but when Erica reached out to me and connected me with her magical group of friends, I pretty much joined hers and I was beyond honored to do so. Because of Erica Kennedy, I am friends with an incredible group of women spanning ages, interests, and ethinicites. These women are like my sisters, and we draw tremendous strength from each other. Erica handpicked a tribe and when she welcomed you into her tribe, you knew you were amongst intelligent, savvy, real, COOL people. That’s the thing about her. She was SO COOL. Being friends with her made me feel cool, too. And besides being that, she was a woman with vision for herself and vision for others. A truly unselfish vision. She always saw greater things for me than I saw for myself. When we talked, she’d be like, “ummmmm WHY haven’t you written a book yet?” She was candid about her publishing experiences, and encouraged me to dream big and to take action. “Do you know how HUGE your book would be?” I can hear her voice in my head now. It breaks my heart  and makes me cry all over again, thinking that she won’t be here to read it. Lord knows she encouraged me to write it enough times. When I do write my first book I will hear Erica again in my head, pushing me forward the whole way.

I’ve never sought anyone out and asked them “will you be my mentor.” For me it’s never happened that way. My mentors have been women who I’ve admired and built organic relationships with over time. Women who have watched me grow. Helped me grow. Inspired me to grow. Erica was that for me, and she introduced me to a whole family of other women who do that for me as well. So if there’s a lesson in this loss, it might be about legacy. Erica’s legacy is so much bigger than I think she would have realized. Just from the immediate response on Twitter — check out Dr. Goddess’ amalgamation of tweets — there’s an incredible diversity. Such a wide variety of people, from celebrities to bloggers to authors to regular folks. Spanning ages and accomplishments, genders and races. The overwhelming response has been shock and sadness and then a memory about how freakin’ cool Erica Kennedy was. She was ALWAYS cool, down to earth, genuine, encouraging and engaged. She looked beyond the bubble of people she could have stayed in, and reached out to others. Like me. Just because.

Even when I lost touch with Erica for a week, a month, a few months — as was her way — she’d re-emerge with words of encouragement. She constantly tweeted and DMed me articles she knew I’d find interesting or inspiring, thoughts on the projects or posts I’d done, suggestions of things I could be doing, words of praise. 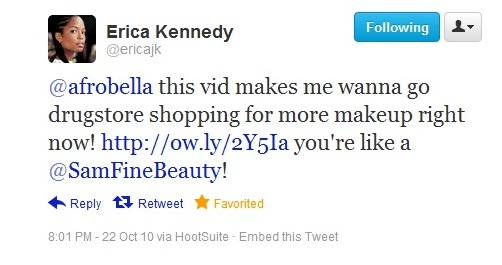 She looked at me and saw greatness, and helped me to see that greatness myself.

One of the last times I talked to Erica, I admitted that I’d turned down a TV appearance because I felt self conscious about my weight and was scared of going on TV because of that. And she was like ***expletive expletive WTF***. She told me not to be stupid and to not hold myself back. But then she admitted that she totally understood my insecurity. She knew what it was to let concern about appearance or just feelings of insecurity hold you back from flying your highest. It felt good to share that with someone who understood, and who also knew I should know better. And do better.

We talked maybe 6 weeks ago. 8 weeks ago. I lose track. But I know it was before my wedding anniversary, because she was like wowwww congrats on a decade. We talked for almost two hours and she was so full of energy and ideas and jokes. She told me about The Conversation, that TV show hosted by Amanda de Cadenet on Lifetime — Erica had assisted them with social media and ideas for the show, and was super stoked about it. She knew I would love it. We talked about book ideas and moving forward on exciting new projects. I told her two of my most urgent ideas, and she loved them. She got me to admit a secret that not many people know, and she cackled with delight about that. Erica was great with secrets. As a woman with many of her own, she knew the importance of keeping them safe and sharing them only with the precious few you can let inside your heart. Conversations with her were a riot. She would go from telling you some super insider celebrity story to bonding with you about some deep reality anyone could relate to.

I spent last night reading old e mails and tweets. This morning, I called my mom to talk about this and learned that she too had lost a friend unexpectedly this week. I cried for Erica, and she cried for her friend. I told my mom about what Erica meant to me and even though Mama Bella isn’t a fan of social media or Facebook and it sounds strange to say you’re grieving for someone you’ve never met in person, she got it. This morning my mom comforted me with these words. “Erica was a mother figure. You were one of her children. And she’s right there. People like that, they never go away. She will always be with you.” 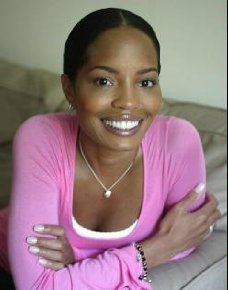 While we were at Blogging While Brown, Luvvie and Scott Hanselman and Kathryn Finney and I sat and talked and somehow Erica came up and we all shared how we knew her and how great it was that we all knew her even though it wasn’t all in the same way. We each mentioned how we hadn’t heard from her in a while. So Scott sent her a text, basically letting her know we were hanging out and thinking about her, and missed her. There was no response. I just hope she knew.

Click here to read an awesome interview with Erica about her book Feminista. And click here to read Bassey Ikpi’s post about Erica, and just be forewarned cause you might need tissues. I did.

« On Dealing With Disappointment
Shop My Spring Into Summer QVC Lookbook! »