My FAVORITE Moments from the London 2012 Olympics

Wait, what? The Olympics are officially over? Whatever will I watch on TV now? For the past two weeks I’ve been absolutely glued to the television every waking moment, watching the world’s best athletes compete at the top of their game. There have been SO many incredible Olympic moments, so much to see and be inspired by. I’m sure you had your favorite moments, and I had mine! Wanna hear em? Here they go! 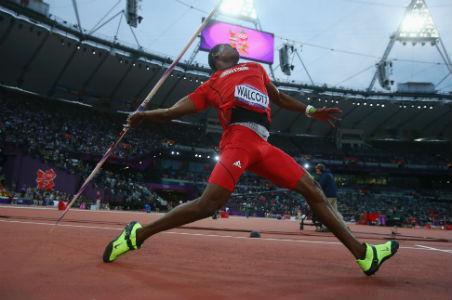 The US led the gold medal count at the end of the Olympics, with a whopping 46 gold medals. But that kind of epic medal count is expected of the world’s biggest countries. When you’re from a small country with a smaller delegation, winning an Olympic medal is a BIG DEAL. Today is actually a public holiday in Trinidad and Tobago, to celebrate the gold medal of 19 year old javelin gold medalist Keshorn Walcott.

Behold the scene in Trinidad’s Piarco Airport today as excited crowds await the return of our Olympic athletes.

Keshorn Walcott is officially Trinidad and Tobago’s second Olympic gold medalist. And our team won bronze in the men’s 4×400 relay!!! There’s a LOT to celebrate in Trinidad and Tobago today – and many of the other Caribbean islands as well!

BIG UP JAMAICA! One, two THREE!

Speaking of victory and celebration and Olympic greatness, WOW Jamaica!! The Jamaican track team came to SLAY and they dominated their events at the Olympics. The celebration at Halfway Tree when Jamaica swept the 200m finals was EVERYTHING!

I’m not sure when the “Usain Bolt is arrogant” motif became the thing for reporters to write about, but I say let Bolt be BOLT. 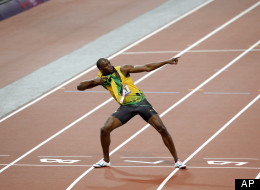 The man is one of the world’s greatest athletes. If I could run and win medals on his level, I’d probably come across as cocky too. You have to believe in yourself, otherwise nobody else will!

It’s so incredible to see the kinds of record breaking accomplishments achieved by the female athletes who came to WIN at the London Olympics! 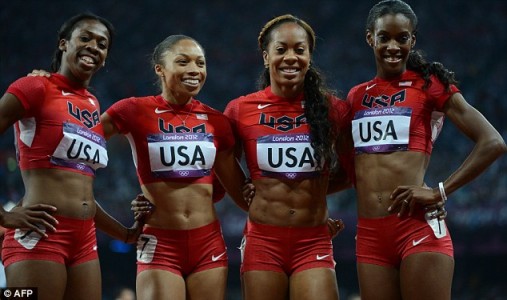 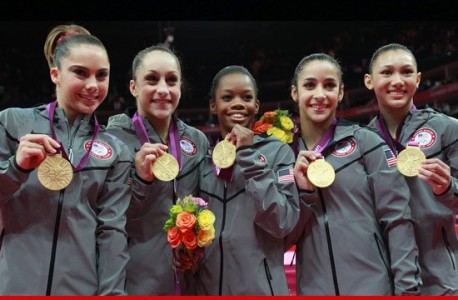 The US Women’s track team dominated the 4×400 relay, and the sisterhood shared by Francena Mccorory, Allyson Felix, Sanya Richards-Ross and Deedee Trotter was so beautiful to behold!  And I fell in love with the friendship and fun the US gymnasts shared with each other.The US Women’s basketball team won and then took this HILARIOUS group photo.

I also loved watching Serena and Venus WIN their historic third women’s doubles at the Olympics and the amazing, unstoppable duo of Misty-May Trainor and Kerri Walsh Jennings won and ended an incredible run of Olympic victory. If that doesn’t deserve an Olympic dance, I don’t know WHAT does.

Behold – the greatest athletes of our time!

Venus and Serena, Gabby Douglas and Usain Bolt, SO many of the world’s best athletes made big records at this year’s Olympics, but NOBODY did it bigger than Michael Phelps. 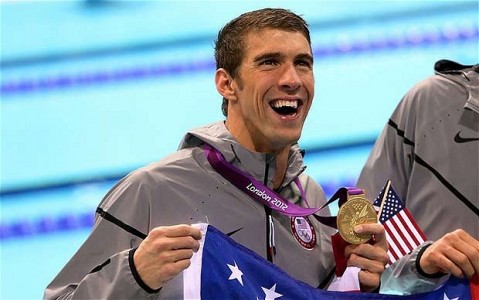 He’s won 22 gold medals. He’s 27. And now he’s officially retired, off to live life on his own terms. He says he plans to travel and now he’s in this smoldering Louis Vuitton campaign. I am NOT MAD. After seeing only swimming pools for his whole life, he’s earned the right to just be himself.

That closing ceremony was AWESOME 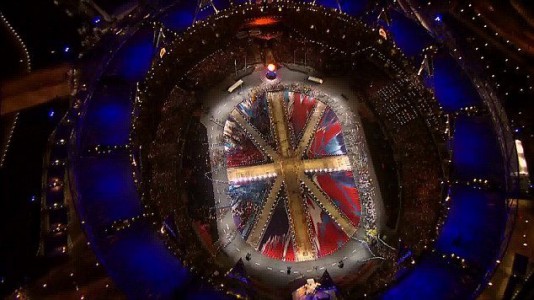 Did you love it?? I LOVED IT!!!! From George Michael to Annie Lennox to the SPICE GIRLS – the tributes to John Lennon and Freddie Mercury, the performances by the Pet Shop Boys and The Who – all incredible and fun and so so cool. Click here to watch it all. Wish I could have been there. Rio, anyone??

Those were my favorite Olympic moments. Can’t wait till 2016!! What were your favorite moments of London 2012??

Darlene says:
Your recap is great, Afrobella. Resonates with me because you rep the Caribbean and drew attention to the ! The other highlight for me was Kirani James exchanging his number w/double amputee Pistorius during a heat and then going on to win the 400m Gold. Grenada is celebrating their first gold. Great Olympics for the Caribbean.

Darlene says:
*drew attention to the sisterhood in different sports.

Anna says:
And of all the athletes that represented Trinidad and Tobago!

Tasha says:
How about the four sistahs who won the 4/100, breaking the world record. They KILLED it!

pets says:
Coming from Trinidad and Tobago and therefore the Caribbean - those medals won, as well as the best attempts towin resonate with me! But, I also loved seeing and cheering on the USA's swim team and Phelps, Gabby Douglas and her crew, the Willaims girls and the UK Team. The spectacles of Opening and Closing Ceremonies were absolutley great! Onward Rio!

check iphone says:
Have you ever considered about adding a little bit more than just your articles? I mean, what you say is fundamental and everything. But think of if you added some great visuals or video clips to give your posts more, "pop"! Your content is excellent but with images and videos, this website could certainly be one of the most beneficial in its niche. Awesome blog!