There are some days where what I do feels incredibly difficult (even though what I do is actually incredibly easy). What I do is write about beautiful things; I share information about things that inspire and uplift and make you want to shop and try things on and enjoy all the pleasurable, happiness-enhancing things in life. When ugly things happen in the world, sometimes it is difficult for me to find inspiration in the beautiful things that I’m supposed to be writing about. Ugly injustice ruined this weekend for me and many others.

Following the news of the Trayvon Martin verdict, I found myself sinking into an abyss of hopelessness and depression. I kept asking myself, HOW. How could this be? 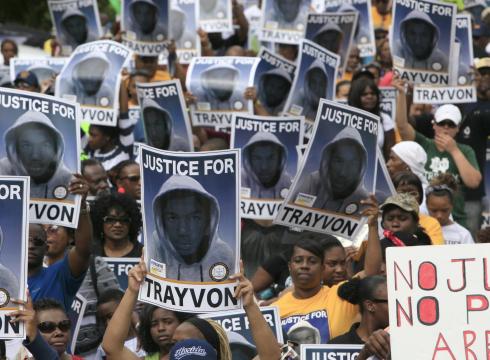 I am obviously not a lawyer, but I understand that cases have to be proven beyond a reasonable doubt, and the prosecution appears to not have been able to do that in this instance. I understand that. I also understand that Florida’s laws as they currently are allow for this kind of thing to happen. Just because the courts have spoken doesn’t mean that justice has been served. And this particular outcome certainly feels like injustice. This outcome has ripped off the scab to a very deep wound in America. It’s revealed a divide that many of us don’t want to acknowledge. 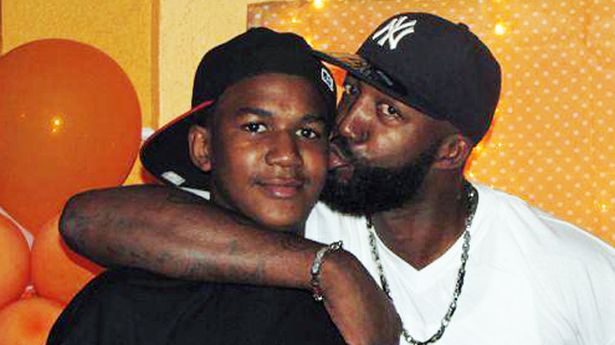 I woke up on Sunday morning not wanting to get out of bed, feeling adrift and unhappy. And the first thought that came to me was, if I feel this way,  then how on earth do Trayvon Martin’s parents feel following this verdict? I can’t even imagine. I can’t fathom the pain. And now what? What do we do now? We’ve got to do something, and there’s so much for us to do.

I currently live in a city that is plagued by violence. The city that people are quick to bring up in arguments to support the Zimmerman verdict. I live in a city that some people are calling Chiraq, because of the extreme numbers of young bodies piling up this year. I hate that we are at that point. I am blessed to live away from the epicenters of this violence, but that does not mean that I have not been affected by what is happening in my city.  That doesn’t mean that the violence isn’t creeping closer and closer to where I live every day. I wish I knew what to bring about the change that needs to happen here. I wish I knew how best to help. From the senseless murders of Trayvon Martin and Jordan Davis in Florida, to the killing of Hadiya Pendleton and Jonylah Watkins, a 6 month old baby  who was murdered in Chicago.  Too many young, hopeful lives lost so senselessly. I wish I knew what to say or do to end the violence everywhere. All I know is, change needs to come and soon. Change on many, many levels.

What can we do to make this change? What can we do to make Trayvon Martin’s death not have happened in vain? I don’t know the answers. I’m a beauty blogger. I wish I had some kind of viable solution to offer. These are just the words I felt the need to say before I could even say or think of anything else. These are the burdens that are resting heavily on my chest today.

Click here to read the brilliant words of David Simon and Ta-Nehesi Coates and Andrew Cohen and Charles F. Coleman for Ebony.com.

And if you know of any solutions for this epidemic problem we are having across this country please feel free to vent or share or unload your burden in the comments section. I feel empty, hurt, disillusioned and devoid of suggestions right now, to be honest.

« Beauty Confession- I Think I Wear Too Much Makeup (Sometimes)
S.O.S Save Our Skin – Ways to Take Care of Your Body’s Biggest Organ »