Last night BET aired the annual Black Girls Rock! awards and I was SO thoroughly entertained and inspired. I’m so taken with Beverly Bond’s creation. Her organization goes so much further beyond glitz and glamour. It’s about reaching back and lifting up our sisters, it’s about recognizing our accomplishments and celebrating our success. It’s a beautiful thing. Last night I hosted the official COVERGIRL Black Girls Rock! Twitter party, along with celebrity makeup artist and all around awesome guy, Mr. Sam Fine (@SamFineBeauty). We had so much fun, and SO many of you tweeted along with us!! Thank you for joining in to our #EasyBreezyQueen conversation! 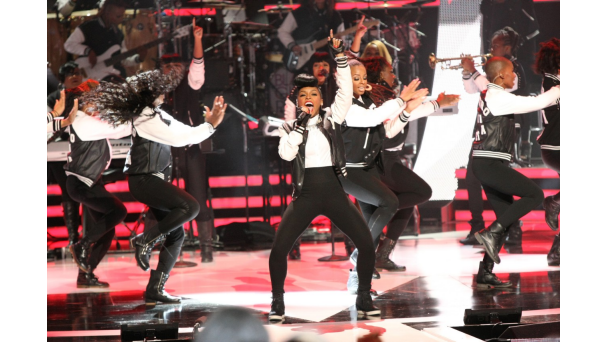 The show itself was absolutely amazing and I SO want to be in the building in 2014. The audience was filled with inspiring role models and the talent on stage was next level. I found myself getting emotional at points during the show because these women were not just speaking words we don’t get to hear often enough, they were each teaching by example. My homegirl Luvvie wrote a great recap herself so definitely check that out if you haven’t yet. I’m here to tell you about my top 5 favorite moments of beauty and inspiration, in chronological order! 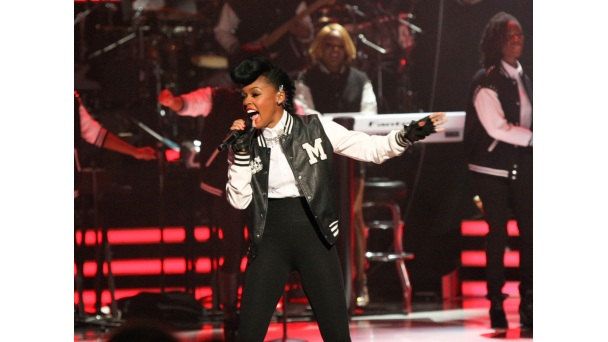 – COVERGIRL’s own Janelle Monae opened the show with a performance of Electric Lady, which is my JAM. I love the song and I love the message behind it. We are ALL electric ladies! And Janelle looked amazing! She kicked off one of the main beauty trends I noticed throughout the evening – a sizzling red lip! Janelle’s signature color is COVERGIRL Lip Perfection in HOT 305. Click here to get yours!

– The speeches given during Black Girls Rock! are always amazing because they’re coming from a rare place. It’s coming from a place of having struggled, a place of having been held back and a place of being able to speak to an experience, having overcome. This year’s ceremony was full of inspiring statements by Black Girls Rock! creator Beverly Bond, living legend Marian Wright Edelman, Chicago’s own Ameena Matthews, and television gamechanger Mara Brock Akil. Their stories are different but the themes are the same – that we deserve to be celebrated, we need to be educated and supported, and even the least among us can do great things if we throw our shoulders back and know that we are capable. We can do anything!

— Queen Latifah won the Rock Star award, ascended to the stage and delivered a word we all needed to hear. And she looked GLORIOUS while doing so!  The amazing Sam Fine was able to give me the FULL breakdown of her look. 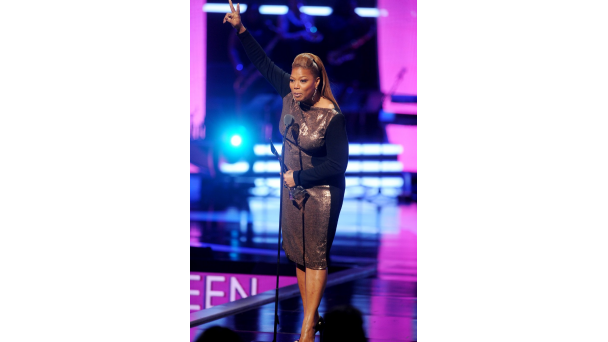 Click here to get the breakdown! When I watched the tribute to Queen Latifah, it struck me that this is a woman who has lived LIVES. People always talk about Madonna as a mother of reinvention but people don’t speak about Latifah in the same way. And she has done an even more masterful job, IMO. From Ladies First and Latifah’s Had It Up To Here, to Living Single and becoming an actress, to Chicago and Just Wright, to being the host of her own daytime talk show AND a COVERGIRL – Queen Latifah proves that with hard work, talent, poise and intelligence you can be any and everything you want to be and do it all with a smile. I am here for Queen La!

— Can we talk for a moment about the vocal performances? Because Miss Patti LaBelle came through and reminded us all of why she is a living legend. 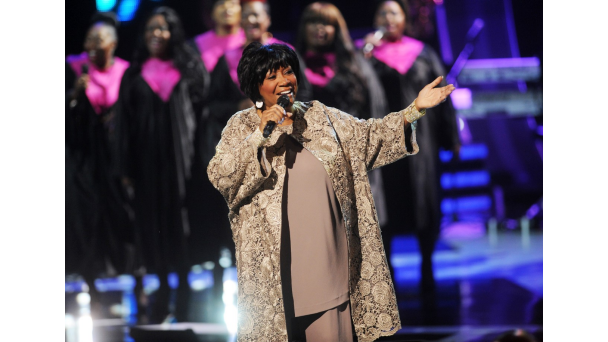 Patti sang You’ve Are My Friend and we could feel the spirit even through the TV screen. BEHOLD. She can still hit notes that peers of hers have long had to let go with time. She can hit notes that many of today’s hitmakers can only aspire to reach. Patti gave me LIFE with her performance last night. 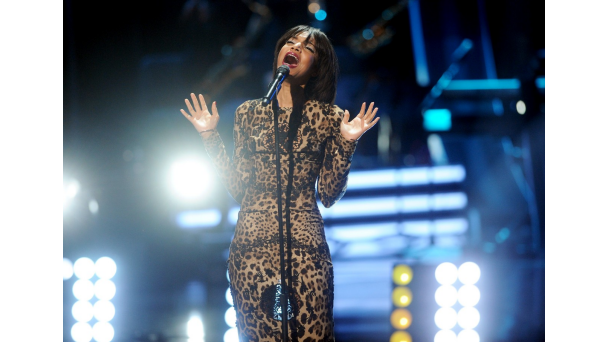 — Two words. Alice Smith. Longtime readers know I’ve been a big fan of hers since her very first album, For Lovers, Dreamers, and Me. I love her most recent album, She. I’ve seen her in concert twice this year so far so I KNEW what the BET Black Girls Rock audience was in for. Alice came through and DELIVERED in a sick leopard dress, with sleek, sexy hair and an oxblood lip. Yassssssss Alice!

Click to check out her performance. I mean. She shut it down! And after her performance, Alice Smith was trending on Twitter! I hope more people discover her music and she takes this thing to a whole nother level. Because Alice Smith is a rare kind of star with a truly unique talent. Follow her @AliceSmithMusic on Twitter!

Those were my biggest moments of beauty and inspiration during last night’s Black Girls Rock. What were yours?

Photos and video via BET.