In 2011 I tried to launch a regular series called Afrobella Art. The intent was to feature images that inspire and celebrate our unique beauty, and the people who create and curate them. I started out OK but then ran into a wall of FAIL not too long after that because I was in over my head. I’ve tried to relaunch the series a few times, but finally I found a brilliant contributor who knows her stuff. Bellas, meet Maya-Camille Broussard, art curator and connoisseur, and creator of TheMCBProject. Maya-Camille will be helping me relaunch the long-dormant Afrobella Art category, so look out for her insight and amazing interviews right here! 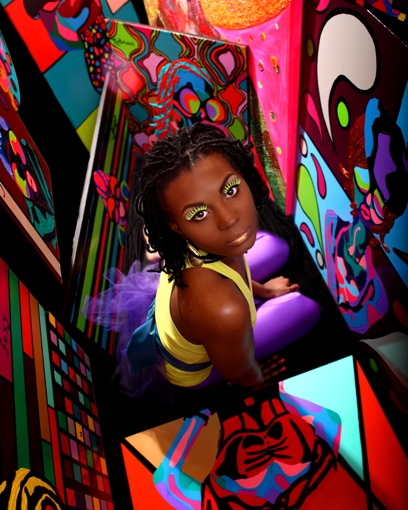 Tanekeya Word is an American visual artist, Afrofuturist feminist, creative director, scholar, art + culture journalist and editor-in-chief of NeonV magazine. She just recently added journalist for SaintHeron.com (singer Solange’s brand new record label that couples as an online art + music + culture blog) to her already impressive list of titles. I spoke with Tanekeya about her art and how her natural hair journey plays a inevitable role in her work.

MCB: Please tell us about the beginnings of your art career.

TW: I cannot remember a time when I wasn’t an artist — I read, wrote and drew all of the time as a child, instead of playing with the other children. I also went to a performing arts middle school so I was immersed in art culture. Yet the career aspect started after I took a course in Black Aesthetics: African American Art History at Howard University. I began thinking of art as a real profession. I met a wonderful curator, Shantrelle P. Lewis, in 2006 and exhibited some work in Philly, then she blessed me with a solo NYC exhibition in 2008; the rest is history, still in the making.

MCB: Describe the type of artwork you create? What are you interested in talking about?

TW: My work is Afrofuturistic, Post-Warhol + Post-Basquiat, and it focuses on celebrating the Black woman via documenting her shifts: past, present + future. As an Afrofuturist Feminist artist, my work seeks to visually answer the questions of what it means to be an African American/Black American woman with postmodern views journeying through various subcultures—in a globalized world—while imagining the next shift in the continuum of Black women who also journey. 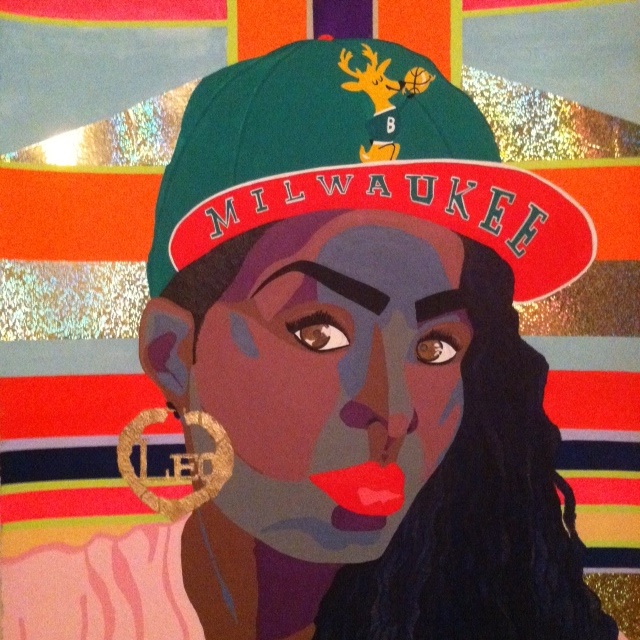 MCB: How long have you been natural?

MCB: Do you find that there is a relationship between your hair and your art?

TW: Yes, hair is a dominant theme in my artwork–if I’m creating stories of Black women, hair has to show up. I find our hair to be magical; therefore, I relate wholeheartedly with Michaela Angela Davis: “I grew to believe Black hair has power, genius, and magic in it, defying gravity and limitation. I mean, look at how marvelous it is: Black hair grows up and out.” I literally get excited when it’s time to paint the hair! 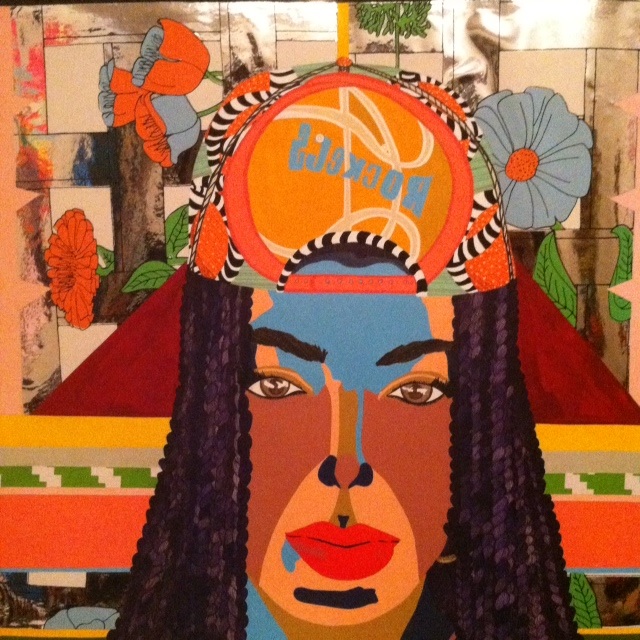 MCB: In discovering yourself as an artist, what are some things that you’ve learned about yourself?

TW: I’ve discovered that it must be magic, the way a vision settles into your spirit and re-emerges as an image that speaks to many. Who knew I’d grow up to be a magician–I was thinking too small as a child!

MCB: Are there any artists who tend to focus on themes of hair that you admire or who have created pieces discussing relationships with natural hair?

TW: Robert Pruitt, he seamlessly makes the connection that Black women are really from the future–the intricacies of the hair growing up and out is mesmerizing. I am reminded that our hair is really a link to our ancestral matriarchs, and proudly being a part of that continuum is just EVERYTHING. 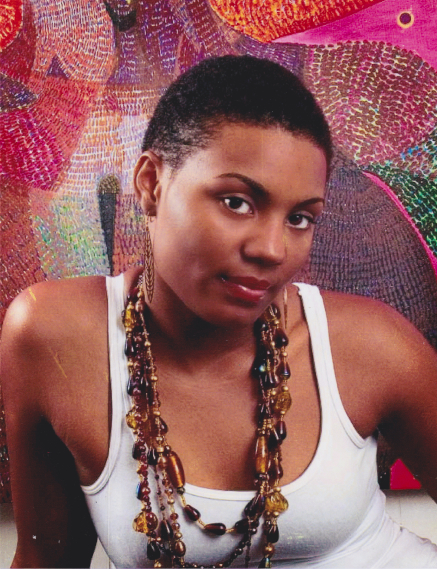 TW: I woke up 2 days before my 23rd birthday and told my college boyfriend that I wanted to cut all of my hair off. He took me to a fellow Howard [University] alum’s house, Crystal, and she chopped my hair off as he watched. Then, my ex called our “big brother” Olu and he shaved the rest off. I cried for a week after the Big Chop…LOL!

MCB: What does having a natural hairstyle mean for you?

TW: Currently I cannot imagine myself without my natural hair. I feel like me if that makes sense at all. For me, there is power in embracing the natural self, it’s like being naked, vulnerable, yet overall empowered and shouting: “Here I am world!” That’s very meaningful in a society that has certain stigmas associated with Black women having Black physical features. You know that same old thing–it’s more popular/acceptable when it’s culturally appropriated.

MCB: What are some of your favorite hair products that you use?

TW: I am a minimalist when it comes to my hair: avocado oil, vitamin e, carrot oil, suave natural coconut scented shampoo + conditioner + cantu twisting gel are my keepers. 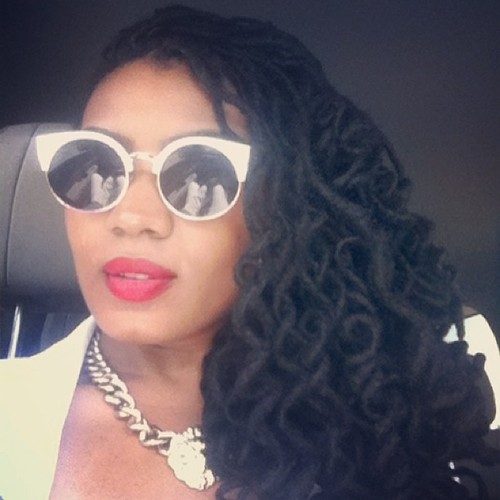 Arts integrator, curator, culturist and designer Maya-Camille Broussard began The MCB Project as a web series documenting interior design projects inspired by pieces of art. As the owner and curator behind Chicago’s Three Peas Art Lounge, Maya-Camille Broussard made viewing and collecting art less intimidating. The MCB Project was created after a couple decided not to purchase a work of art from Broussard’s  gallery because it didn’t match their couch. Since launching The MCB Project in 2012, Broussard’s blog has expanded to  include additional genres in the arts and culture including film, literature, culinary arts, fashion, product design, travel and more. Broussard focuses on a lifestyle richly embedded in the arts and culture. Broussard is a graduate of Howard University (B.F.A.) and Northwestern University (M.A.)