Macy’s is one of my favorite department stores and ever since I moved to America, I’ve been shopping there. Macy’s to me truly IS the quintessential American department store shopping experience – fun, clean, bright, on trend, glamorous and abundantly inspiring. When I lived in Miami, my Macy’s was in Dadeland Mall. Now that I live in Chicago, my Macy’s is the iconic Macy’s on State Street, the second largest department store in the world, a National Historic Landmark that’s listed on the National Register of Historic Places.

There’s something so cool about shopping in a department store that was built in 1892, knowing that the very spot where you stand is where people were, doing the same thing you’re doing, more than a century ago. I love bringing visitors to this particular Macy’s for this very reason — on the 7th floor there’s a historic display and one of the photos is of the hustle and bustle on the corner of State and Washington. Right where I’m standing in this photo, 100 years ago the street would’ve been jam packed with men in top hats, women in fine dresses and bustles, all going about their 100 year old business in the city of Chicago. 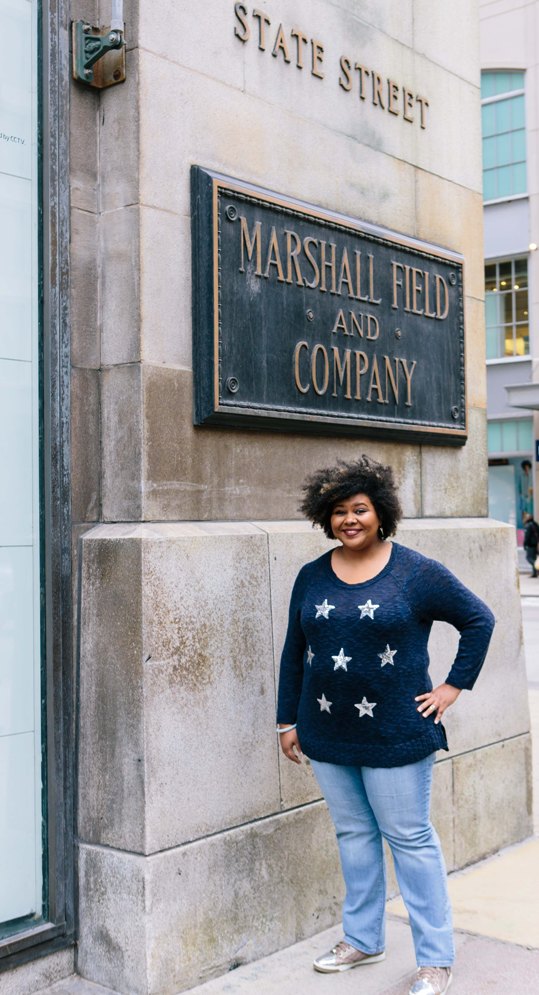 When Macy’s asked me to participate in their American Icons II campaign, I was blown away. I don’t even fully have words for how that made me feel. It is SUCH an honor to be chosen to participate in this campaign, and I really love that Macy’s chose someone like me to be a part of it. I’m proud to be black, to have natural hair, to be plus sized, and to be an immigrant from Trinidad and Tobago who loves the life that I can honestly only live here in America. That is who I am. That’s as real as it gets. 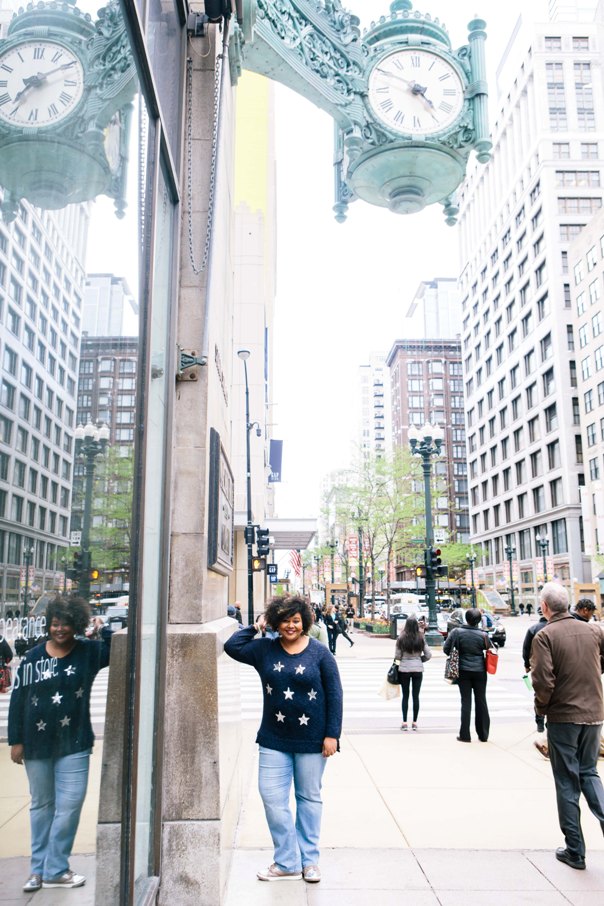 To me, America has been a place of self-discovery. I grew up thinking I had a limited choice, in terms of what I could be or do. I thought there were a series of boxes with round holes to fit into — lawyer, doctor, accountant, teacher — and here I was, a square peg with none of those skills. Living here showed me that my creativity had the potential to shine and that my creativity could indeed become my career. I learned that if I work hard enough, literally anything can happen.

So much is written about the American Dream, and often people question whether or not it’s still a thing that can come true. So many people I know have come here with that dream in mind, we apply, we study for the test, we pass and we become citizens in the hopes that the dream will exist for us. So I want to say that it the American Dream is real. And I’m doing my best to make it come true. 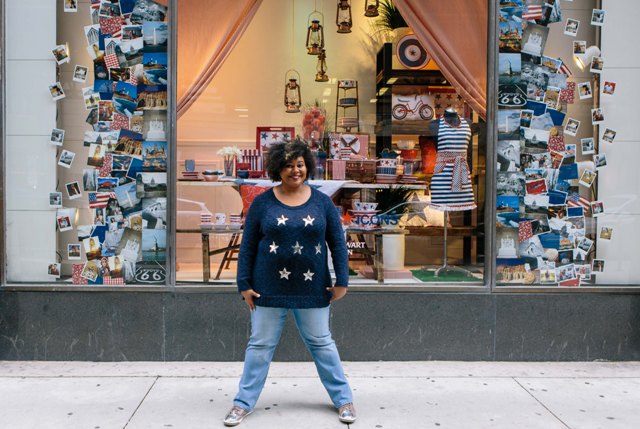 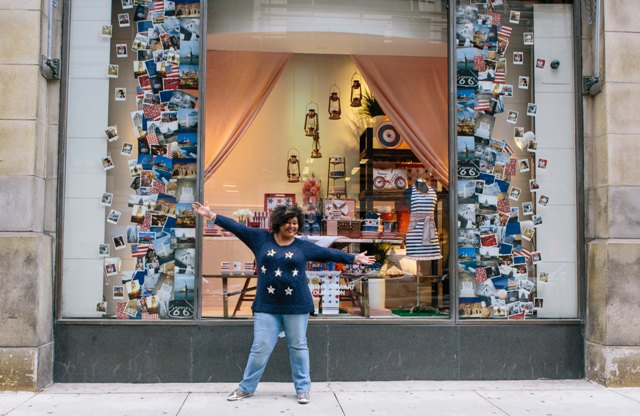 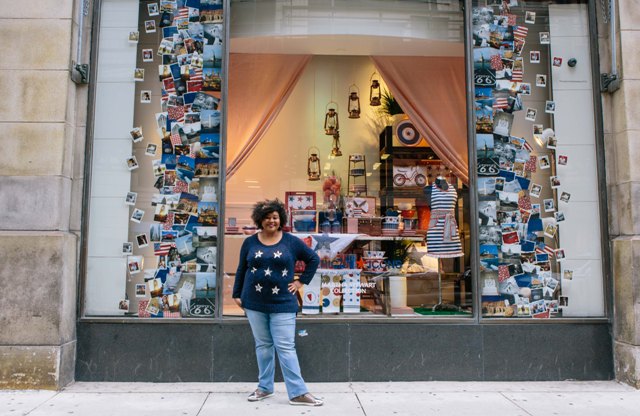 What is my interpretation of Americana style? It’s effortless, it’s chic, it’s comfortable, it’s an expression of self. Macy’s has an amazing selection of plus size styles by designers that I LOVE — Calvin Klein, Ralph Lauren, Michael Kors, Vince Camuto, Jessica Simpson — I’ve found SUCH gorgeous items in store and online. I can’t wait to show you my style picks!

What am I wearing here? I figured what could be MORE Americana than jeans, a star-spangled sweater, and fresh new kicks by an American designer?

Jeans by NYDJ (and they’re SO comfortable, I know I’ll be wearing them all summer long) 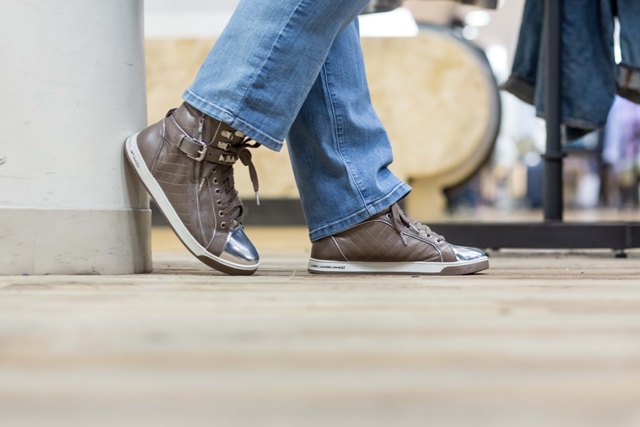 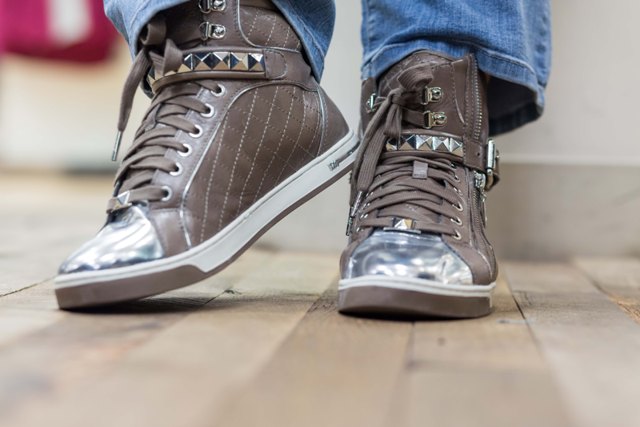 You can follow Macy’s on Instagram and Twitter @Macys. Click here to check out MBlog and click here to learn more about Macy’s American Icons II campaign, and their awesome support of the Got Your 6 initiative for American veterans and their families.

This post and my participation in Macy’s American Icons II campaign has been sponsored by Macy’s, but all opinions and experiences are my own.

« Check Out My NEW Column on ESSENCE.com!
What I Learned About Fitness From The Biggest Loser’s Bob Harper at SELF Magazine’s Workout In the Park »