The world lost Geoffrey Holder at the beginning of this week. The great man was 84 years old. It’s been fascinating seeing the various ways that the media has covered his passing. CNN described him as “famed dancer, 7-Up pitchman.” Deadline said “RIP Un-Cola Man, Bountiful Artist.” The New York Times recognized him as a “Dancer, Actor, Artist and Much More.” I saw so many Facebook posts lamenting the loss of the man they knew as Punjab from Annie, Baron Samedi, the James Bond villain in Live and Let Die, or the raunchy ad exec from Boomerang who created the commercial for Strangé – It Stinks So Good! 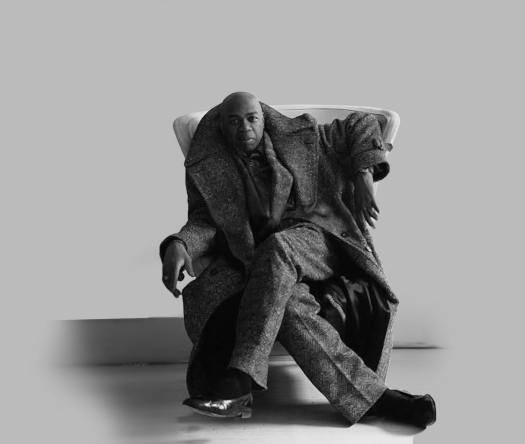 Geoffrey Holder was all that, and even more. To myself and to Caribbean people around the world, he was a legend who brought international awareness to our region. He was a true Trini renaissance man. He migrated in the fifties and made his name in New York City as a dancer and choreographer. But even before that, in Trinidad both Geoffrey and his older brother Boscoe were known and admired for their skills as dancers and for their beautiful paintings that celebrated Afro-Trinidadian culture.

When Geoffrey Holder became internationally recognized, it was for his difference – his height and physicality, his booming voice and distinctive laugh, and his unsullied accent, forever Trini to the bone. Geoffrey Holder lived large. He marched to the beat of his own drummer. He went at his own pace and ran his own race. And to the very end, he lived life on his own terms. The open letter by his son, Leo Holder, revealed that Geoffrey was choreographing to the very end.

“Breathing on his own for the last time, Geoffrey Holder, eyes closed, performs his last solo to Bill Evans playing Fauré’s Pavane. From his deathbed. The arms take flight, his beautiful hands articulate through the air, with grace. I whisper “shoulders” and they go into an undulating shimmy, rolling like waves. His Geoffrey Holder head gently rocks back and forth as he stretches out his right arm to deliver his trademark finger gesture, which once meant “you can’t afford this” and now is a subtle manifestation of pure human spirit and infinite wisdom. His musical timing still impeccable, bouncing off the notes, as if playing his own duet with Evan’s piano. Come the finale, he doesn’t lift himself off the bed as he planned; instead, one last gentle rock of the torso, crosses his arms and turns his head to the side in a pose worthy of Pavlova. All with a faint, gentile smile.”

Leo Holder’s piece made tears come to my eyes. Imagine the power of that moment. Imagine knowing and determining your hour of appointment, and dancing your way into the afterlife.

Thank you for all of the gifts you gave the world while you were here, Geoffrey Holder. Thank you for the movie, television and theatrical memories, for the art, for the inspiration. RIP.

pets says:
RIP Mr. Holder. Condolences to his family. Now both brothers are gone and talent like theirs is not easily found here in Trinidad, the Caribbean or indeed, the wider world. Beautiful post.

web site says:
After exploring a number of the blog posts on your web site, I honestly appreciate your way of blogging. I saved as a favorite it to my bookmark webpage list and will be checking back in the near future. Take a look at my website as well and tell me your opinion.

Ashley says:
Wow, this is a sad loss! My memory of him was his role as the villain in Live and Let Die. My mother, rest her soul too, loved him. Although, I'm Guyanese, respect knows no boundaries. What an incredible exit from our world by an amazing and multi-talented man. Rest in peace Geoffrey Holder and I send my condolences to your loved ones and fans worldwide.

MsXpat says:
I confess I didn't know the full extent of his achievements untill his passing. I first knew him as the American based Trini celebrity who wished us Merry Christmas every year on a televised video clip, Then came the James Bond film and Boomerang. I had not notion he achieved so much more. I'm enjoying reading all the tributes, in them he lives on :0)