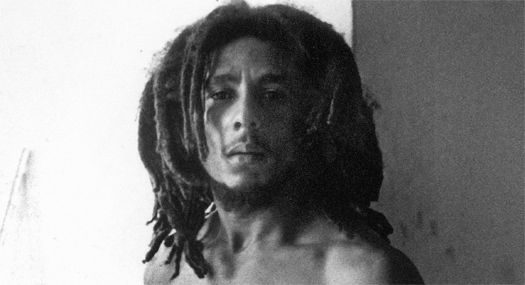 I was born in Trinidad and raised on Bob Marley’s music. Back in 2010, I wrote this homage that still is so true:

When I was a toddler, my dad spent time in Jamaica studying for a master’s degree. When he returned, he brought what seemed like Bob Marley’s entire record collection with him.Uprising

. We had all the LP’s and from that early age, I started soaking them up like a sponge. I swear on the Bible that I have clear, distinct memories of seeing footage of Bob Marley’s funeral on television. The coffin surrounded by an ocean of weeping fans, the mourning of a people. I know I probably have created these memories — Bob passed in 1981. I wasn’t more than two at the time, but part of my brain swears that I witnessed this moment with the rest of the Caribbean.

I’ll admit that I listen to Bob less now than I did when I was in college, when Legend was on regular rotation in everyone’s dorm room. But whenever I do plug into a Bob Marley playlist, I find myself deeply moved and inspired. He used his voice so powerfully. He used his voice to incite revolution. To inform the masses. To point out the truth. So many of his lyrics clearly relate to life today.

We lost Robert Nesta Marley at the age of 36. The age I’ll turn this year. I feel a new awareness and understanding of what 36 means, and a new admiration of the scope of Bob Marley’s accomplishment within his lifetime. In Bob Marley’s 36 years, he revolutionized a musical genre. In his 36 years he raised awareness of his spiritual beliefs and became an ambassador for Jamaica, for Rastafari, for peace and love. In his 36 years, he wrote songs that will live on forever and ever, songs that resonate across generations and cultures. Imagine what he could have done with more time. 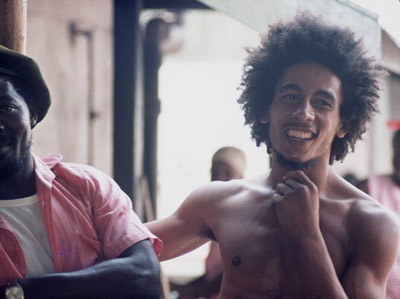 Bob Marley scholar, author and NYU professor Vivien Goldman wrote an eloquent memorial for The Guardian, about the reality of Bob Marley’s music versus the perception of his persona as the lilting Pied Piper of 420. Bob was about much more than that. “A musician who laid his life on the line for his beliefs, expressed in songs a child could hum? The story sounds almost quaint today. Now that musicians no longer turn to protest as they once did, what does the message of Bob Marley mean?”

It means more to me than ever before. If you’re only familiar with the laid back image of Bob Marley and the basic hits of Legend, I’ve got a few songs of protest and struggle to recommend for you, via my Ultimate Bob Marley playlist on Spotify.

Instead of lamenting what could have been, it’s better to celebrate what was. Happy birthday, Bob Marley. Thank you for doing so much with the 36 years you were here. Thank you for leaving a legacy that is only more important and poignant with time.

Share your favorite Bob Marley song with me in the comments!

pets says:
Happy Birthday up high Bob! Yes for such a short time on Earth you made a resounding impact on us all. We thank you for this and extend good wishes for the successful continuation of your family and legacy. And to Afrobella Happy 36th Birthday!

Trish says:
Anytime I need a little "Pick Me Up" Bob Marley is always there for me :) Plus Size Bathing Suits