Words can’t express what an honor it was to walk the red carpet and attend this year’s Black Girls Rock awards, thanks to My Black is Beautiful. It was exciting, glamorous, inspiring and at times really surreal. 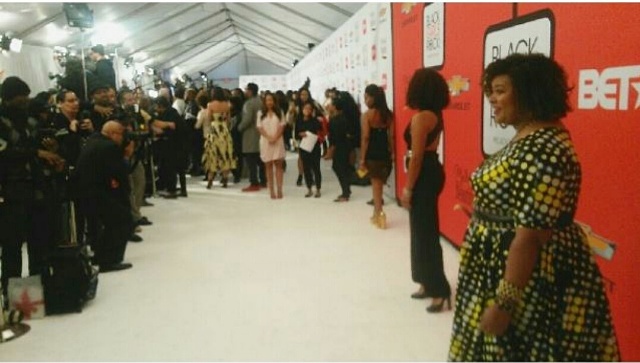 That moment where Will Smith and his family walked the carpet and they snapped pics of the three generations of Pinkett-Smith ladies? That was RIGHT BEHIND ME. It was like turning around to discover a small family of unicorns is following you. Utterly amazing (and they all look GORGEOUS). I walked the carpet and was interviewed by veteran red carpet reporters I admire, like Janell Snowden and Tai Beauchamp (who’s about to launch a new show on TLC called Dare to Wear, GO TAI!). I felt like a queen, in a custom made dress by Chicago designer Olivia Diggs-Ogbara (AKA @DressmakerByO). 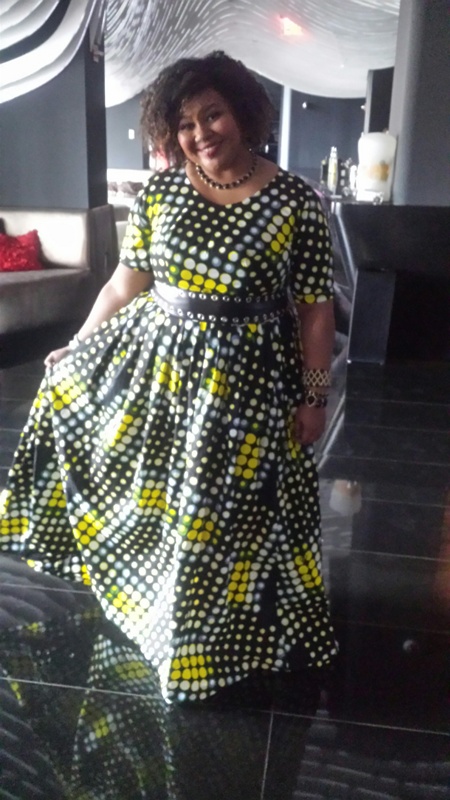 Everywhere I looked, there was a superstar I admired. Erykah Badu. Jill Scott. Sheila E. Just being in that room was a blessing, and I’m so honored to have had the experience.

I saw the response on Twitter, folks were getting their lives just watching the broadcast on BET. Being in the room itself was so amazing, to be behind the scenes and behind the cameras to watch the celebrities and game changers interact, to see who sat next to who, who got up and danced, who was hugging who. 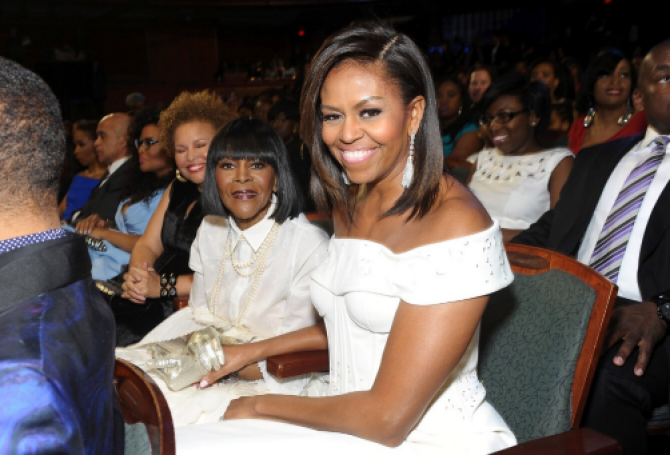 Michelle Obama and Cicely Tyson thoroughly enjoyed themselves, Jada Pinkett-Smith is one of the first to get up, dance and start a party, and Erykah Badu is the ultimate cool chick. THE ULTIMATE. The behind-the-scenes interactions were everything. And what we all witnessed on stage was cause for celebration. We weren’t allowed to take photos (security guards were SO serious about it) and we weren’t allowed to share and spoil any of the secret details. So now that we’ve all had a chance to enjoy Black Girls Rock 2015, let me tell you my favorite moments from the show, in chronological order! Click to see the links, because I didn’t want to overwhelm you with a gang of autoplay video clips… 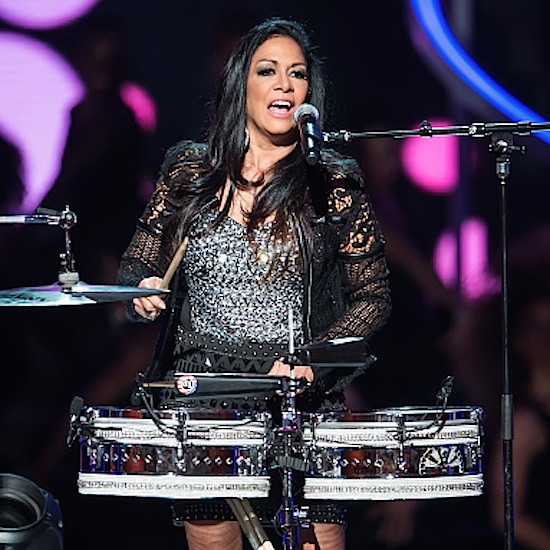 It was obvious that Black Girls Rock would have to kick off on a dynamic note. The buzz was in the air before the lights dimmed. Who would it be? Who would get the party started? When the drums appeared in the middle of center stage, the crowd got to its feet. There is NOTHING like seeing Sheila E live. Nothing. Her sticks are a blur. The energy is electric. She’s a phenomenon to behold. 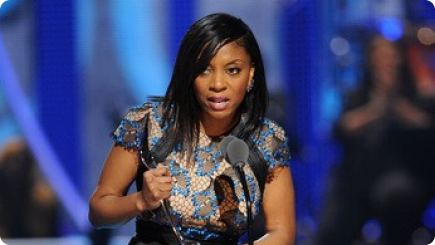 I’m a fan of Brandon Stanton’s Humans of New York, and I followed the wonderful and amazing Mott Hall Bridges Academy story closely. But I had no idea that Principal Nadia Lopez was so compelling and fierce – photos don’t do her justice. Her personality shone on that stage. Her passion for children and education was palpable and instantly inspiring. AND she has a Trini background! I’m so excited for her and so proud of her. I know her speech inspired many. 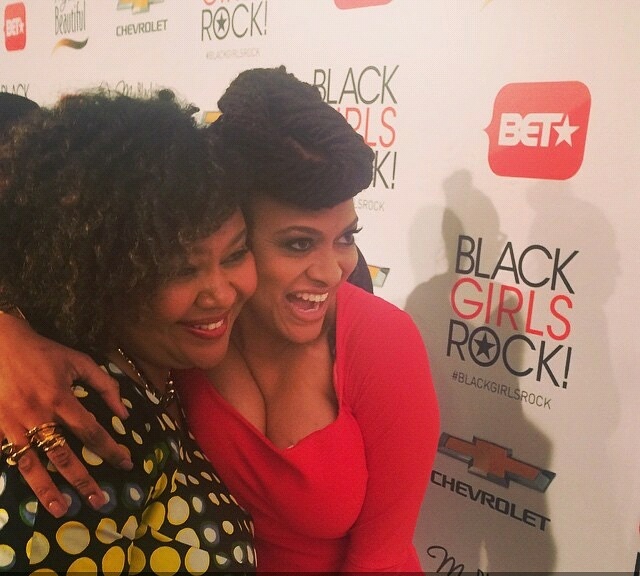 I love me some Ava DuVernay! I can tell you from experience, she’s just as awesome and cool and funny as you think she is. Ava TRULY rocks and she’s the kind of inspiration I wish I had, especially as a teen – she’s an ultimate inspirational figure for any young girl looking to expand into a creative industry and find their feet in the world of MAKERS. Ava is living proof that it can be done on your own terms. Her speech was absolutely inspiring and her words are still lingering with me: “…When I’m feeling shaky, I just go into the leading lady stance, heroine stance. I hold my head up. I put my shoulders back. And I close my eyes and I think: Lights – that’s my spirit. Camera – that’s my mind. Action – that’s my life. Light. Camera. Action. Onward.” 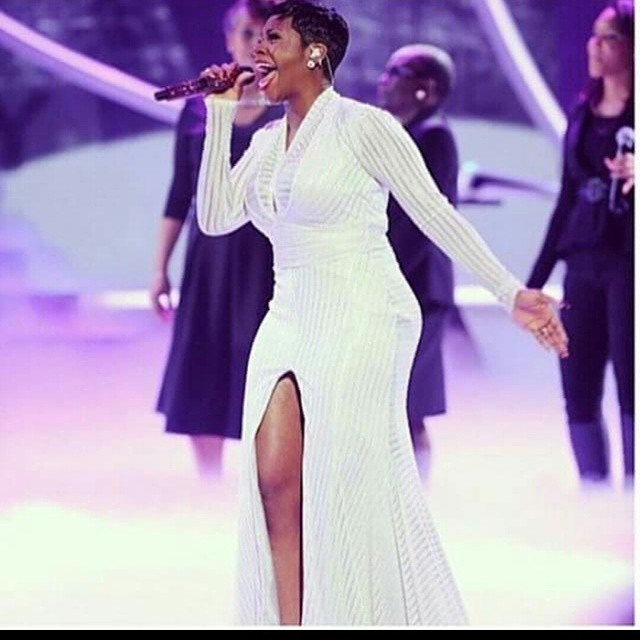 Black Girls Rock has become known for extra special musical performances, the kind that raise the bar and reveal true musical artistry. Who could ever forget the performance of Nina Simone’s Four Women at the 2010 BGR? I was waiting for a moment like THAT caliber. And the  “Pillars of Justice” medley came through and then some. Kicking off with Lalah Hathaway singing the song her father made an anthem, “Someday We’ll All Be Free.” All buttery warm lower register gorgeousness. Then Faith Evans did a haunting cover of J.Cole’s “Be Free,” and her vocals are as ethereal and delicate as ever. LOVE Faith! And THEN to finish it off, Fantasia Barrino brought the house down with her version of “Mary, Don’t You Weep.” I know I’m not alone in saying that was the performance of the night. Fantasia is a phenomenon unto herself. Her voice filled the whole room. It gave me chills. I am READY for a Fantasia gospel album! 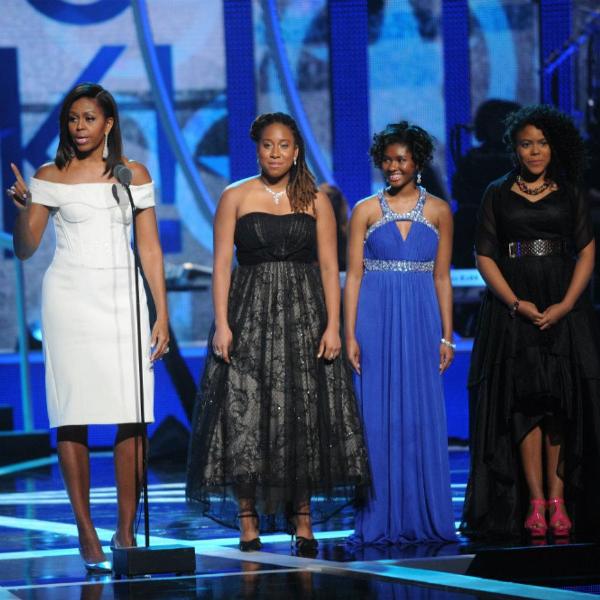 The sheer JOY that was in the air when FLOTUS took the stage. That moment alone was absolutely everything. Michelle Obama’s speech was for US. For all of us in the audience and watching on TV or online who got it and felt it and have lived it. So many folks are so mad about the fact that she appeared at this show, but it was SO important for Michelle Obama as a person, as our First Lady, as a woman that so many of us look up to, to say the things she said and to stand in HER truth. She wanted to teach us to “...live life on your own terms, according to your own script.”  She shared what she’s learned through life experience: “Anyone who has achieved ANYTHING in life knows that challenges and failures are necessary components of success. They know that when things get hard, it’s not always a sign that you’re doing something wrong. It’s often a sign you’re doing something right. Because those hard times shape you into the person you’re meant to be.” You gotta check out Luvvie’s post for ALL the quotes, transcribed for your reading pleasure. Honestly, her speech is inspiring for ALL, but it’s especially important for her to reach the audience that isn’t always hearing the message.

I was already in my feelings about just being in the same ROOM as FLOTUS but then she brought the MAD Girls up on stage and I felt SO much PRIDE for these young girls. I had the pleasure and privilege of interviewing Kaya Thomas, Chental Song-Bembry and Gabrielle Jordan earlier that day, for Target, MBIB and BET – click to watch! They are amazing, beautiful, poised young ladies who proved to me that you can be focused and professional at any age. I really loved spending time with them and learning from them. Remember their names, because they are the future!

6. Mother Cicely Tyson with the words of earned wisdom. 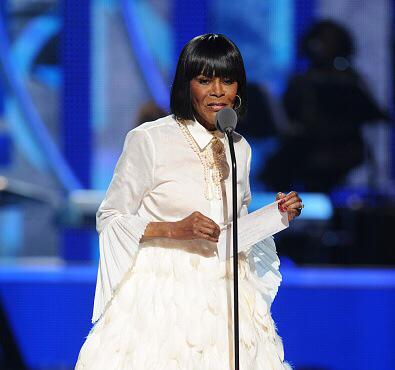 From the moment Cicely Tyson entered the room, there was an excitement and a feeling of honor. We are blessed to still have her, and Cicely Tyson brings with her a history and a sense of reverence that is beautiful. When she speaks, breaths are hushed. Folks are listening. She has earned that. When Cicely Tyson speaks, the words penetrate. Every word she uttered felt like a quote for the ages. “No one is going to bother to put you down if you were not a threat to them. Respect yourself and the world will respect you. Respect elders. Remember that we are standing NOT on their shoulders but on their backs. We are the seeds of the work of our elders.” It was an honor to be in her presence.

Being at Black Girls Rock felt like a booster shot of sisterhood for the soul. It was a truly empowering and uplifting experience. I left feeling affirmed in my abilities, affirmed in my beauty. I learned a lot about myself and I really think I came out of the experience a little stronger, a little wiser. I’m so glad that Beverly Bond’s organization exists, to inspire us all and to infuse that passion and faith in the next generation of girls to come. Thank you for this amazing experience, MBIB!

If you haven’t yet watched the Imagine a Future documentary, click here to see it – it explains and adds perspective to the bigger work that the Black Girls Rock organization is doing.