Luther Is Love. 5 Of The Very Best By Luther Vandross

Will there ever be another singer who can even come close to Luther Vandross – in terms of range, soul and sheer vocal ability? To his true fans and those lucky enough to have seen him perform live in his lifetime, that’s a tough question. All we can do is enjoy the music we have and wonder about what could have been. We lost Luther on July 1, 2005, after health problems led to a retreat from the public eye. Today – April 20, 2015 – would have been his 64th birthday. All day long, my friends on social media have been sharing their favorite songs and memories of his music, the way it became part of the soundtrack of their lives. His songs had a way of doing that, of becoming “yours.” Of transporting you to a place and time tinged with rose-colored nostalgia. 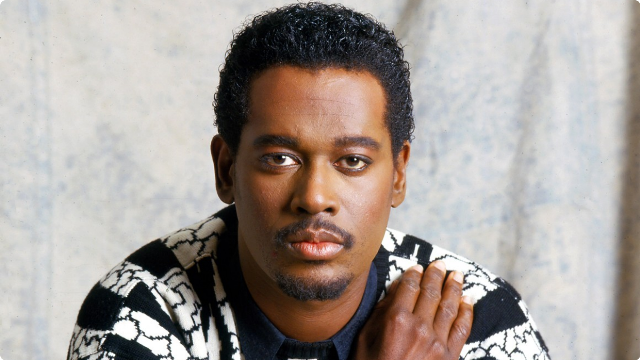 When I was little, we had The Best of Luther Vandross

on vinyl and it stayed in regular rotation. That was the album we cleaned the house to on Sundays. The album my brothers washed the car to. My parents would take a break from house cleaning to slow dance to their favorite songs. My big brother Clint chose it as his wedding song, his bride walked down the aisle to Here and Now. I was 12 years old at the wedding and I wore a raspberry colored off the shoulder dress. That’s how specific my Luther-triggered memories are.

It’s incredibly difficult to choose 5 of the best Luther Vandross songs and claim it to be a definitive list. All I’m doing here is sharing my top favorite songs in terms of how they make me feel, how they’ve affected my life, and how they linger in my spirit. Please share your top Luther favorites in the comments with me! After much consideration, here are my top 5 Luther Vandross songs. In order. Based on pure emotional response.

Please drink in the audience at this live performance at the NAACP Awards. Dionne Warwick and a young Janet Jackson are visibly blown away as Luther displays the full glory of his vocal range.

This video is one of my all time favorites. I love the absolute early Eightiesness of it. It’s a song that brings unbridled joy to my heart. Luther’s vocals are flawless, and this song STILL turns a party out to this day.

There are so few songs that make me smile and bring a tear to my eye at the same time. So Amazing is one of those songs. One of Luther’s most beautiful and timeless, in my opinion.

4 – Superstar/ Until You Come Back to Me.

Luther had a gift for taking dry classics and injecting them with so much soul and emotion. His version of The Carpenters’ Superstar is so far removed from the original, that it’s become a definitive version in its own right. I know so many who don’t know the original and when they hear it, they’re AMAZED at what Luther did with it. He had such a rare talent.
5 – Every Year, Every Christmas.

This is one of my sister Petal’s favorites, and it never fails to remind me of her! This song definitely can pull at your heartstrings if you’re apart from your family and loved ones during the holidays.

Those are the 5 Luther songs that come most immediately to mind, if I had to someday actually make a soundtrack of my life. For more, check out my Luther Spotify playlist.

What are your favorite Luther songs and memories? Share!

Angela says:
Your top five are great. But my favorite Luther song is "Promise Me". I just love the piano in it. Then, "Because It's Really Love", "I (Who Have Nothing), "Wait for Love", & "Dance With My Father". But who can really pick a top list of Luther? I saw him in concert once, probably like in 1999 or 2000, with my husband and my mother. It was one of the best concerts I have ever been to. He sang almost everything that I wanted to hear and flawlessly, better than any recorded version.

pets says:
Yes my Luther Christmas song is in my Top 5 of Luther! But every song he sang is so mind blowing that I can't say I have only 5 as Top Luther Songs! Missing your physical self because all now you could have been doing more songs but so glad we have your music and videos!

Bahiyyah says:
.Superstar is my all time favorite. I also love Bad Boy Having a Party. What a talented individual!

Ren says:
Funny how everyone`s account of their memories of Luther are the same as mine! His songs carry such great memories for me, like Afrobella they bring a smile and some tears still cant believe that he`s gone - it was like losing a family member. I saw him in concert when I was in my teens and it was one of the best concerts ive ever been to - agreed that his voice sound just as if not better than a recording. My fave`s are A House Is Not a Home, If Only For One Night, The Closer I Get To You with Beyonce, So Amazing, Can I Take You Out, Since I lost my Baby just to name a few...

OSHH says:
Love your list Bella, and I will add + "Make me a Believer", "The Other side of the World", "If Anyone Had a Heart", "Searching" etc etc etc

kalisha says:
I am only 17 and I love a house is not a home BC my dad listens to it a lot. Huge respect for afro Bella and the woman who post

Darron Moore says:
I love these collection of video's you have of Luther. Do you have a live video performance of 'Once You KNow How' and 'Glow Of Love'? if so, please send me a copy or link to my email address. Thanks Darron Moore The Luther Vandross Experience