10 Amazing Moments From The Janelle Monae Listening Party in Chicago

This week kicked off with a BANG for me. Fresh from my trip to New Orleans, I had to attend a very special event. Thanks to my friends at COVERGIRL, I was invited to the special, exclusive listening party for Janelle Monae’s new album, The Electric Lady! 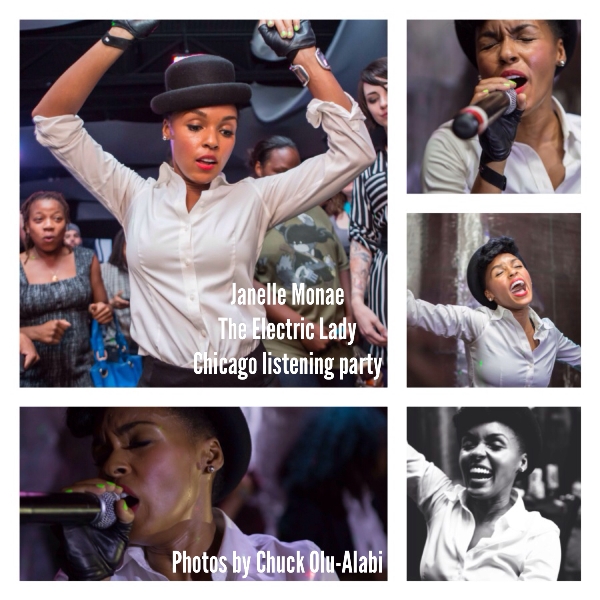 And not only that, I got to bring some of my Chicago besties with me! I had a BLAST. And photographer Chuck Olu-Alabi was there to capture the magic – photo credit to him for all of this amazingness! Let me take you into 10 amazing moments from this week’s Janelle Monae listening party!

– The moment I discovered this gorgeous COVERGIRL sweets station. 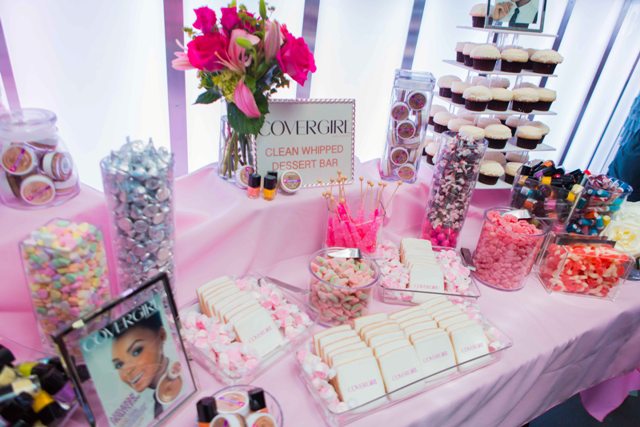 This was pre-event, when we weren’t allowed to have anything yet. Unfortunately by the time I got back to it, it had been picked clean.

– The moment I finally got a cocktail at the bar. 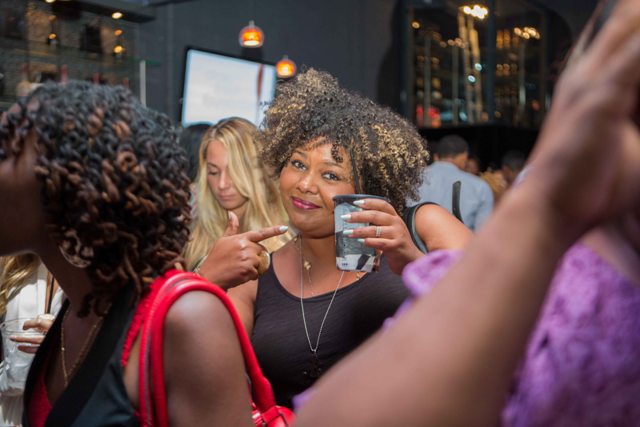 Those bartenders were overwhelmed! Cocktails were sponsored by Heineken and Courvoisier. The Ginger C was DELICIOUS! 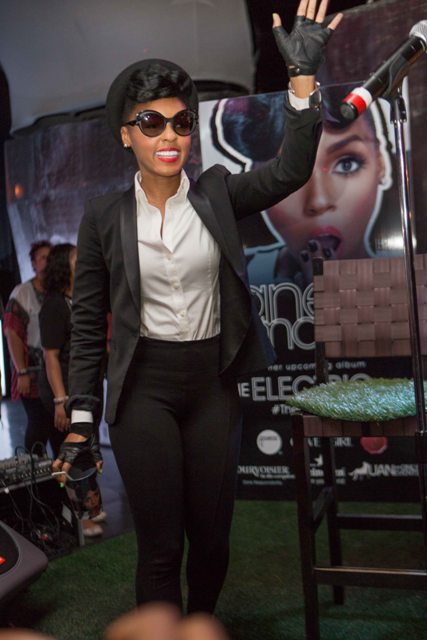 She looked so fierce in her sunglasses and black hat!

— The moment she took off her sunglasses to get real and close to the audience. 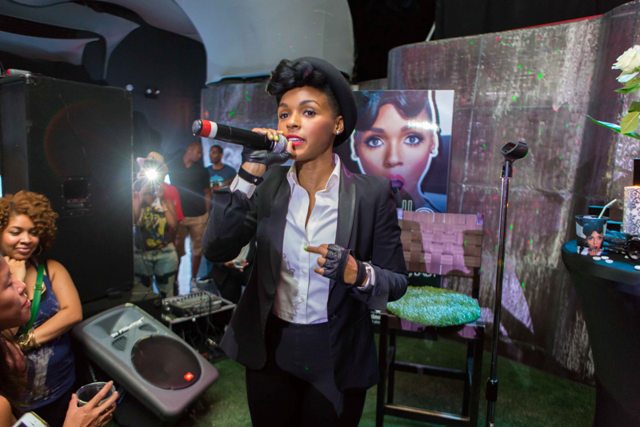 She told us all about The Electric Lady, where the name of the album came from and what an honor it was to collaborate with the artists she did on this album. So major!

— The moment she started performing! 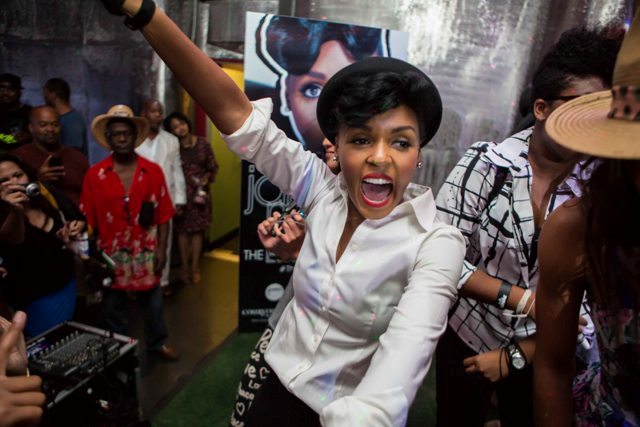 The first song she did was Q.U.E.E.N, which was inspired by private conversations she’s had with Erykah Badu. And then Janelle took the mic and sang and rapped for us!

— The first time she got into the audience with us! 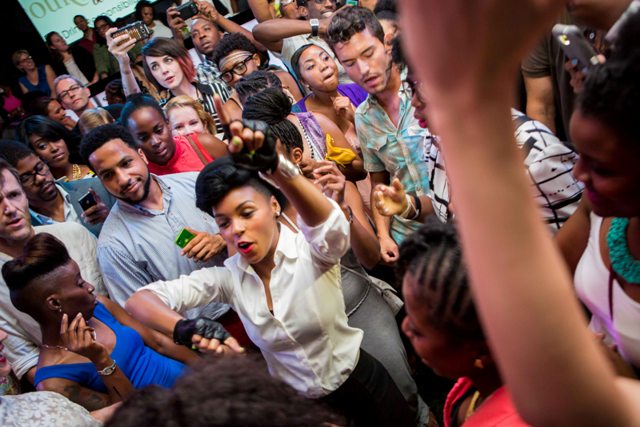 YES. Part of the audience was standing on astroturf from Janelle’s Wondaland studio, and socks were handed out upon entry, so we could all boogie down with Janelle! Here she’s breaking it down to the title track.

— The moment she introduced us to some of her new tracks! 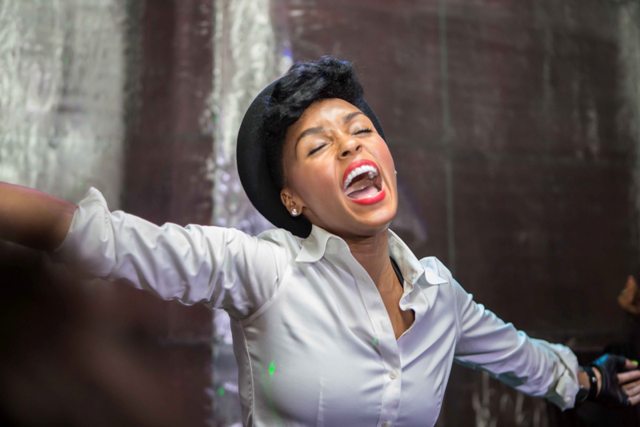 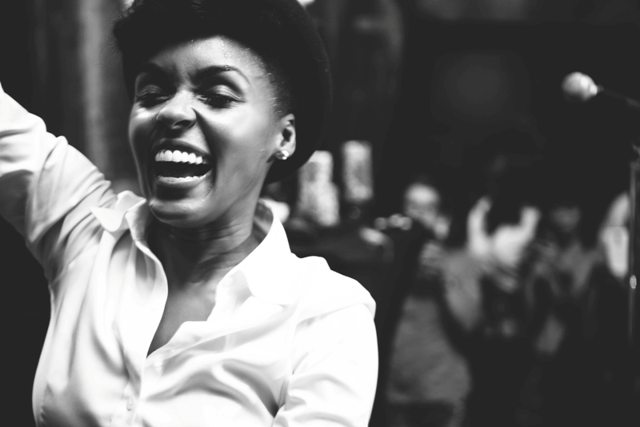 This album features collaborations with PRINCE, Solange, Big Boi, Cee-Lo Green, and Esperanza Spalding. Janelle played Primetime for us, which features Miguel. This track is officially my new JAM!

— All of the moments when Janelle sang along to her own album. 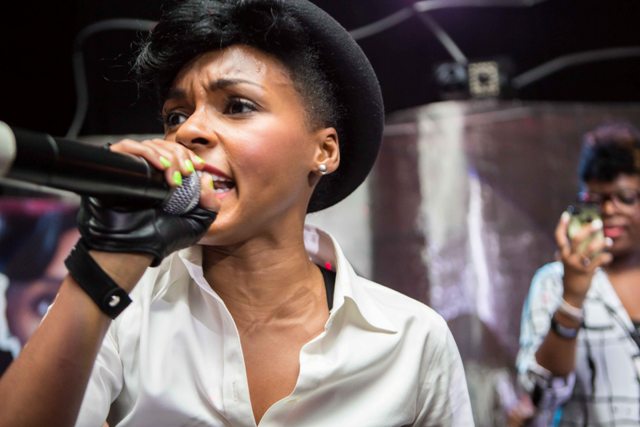 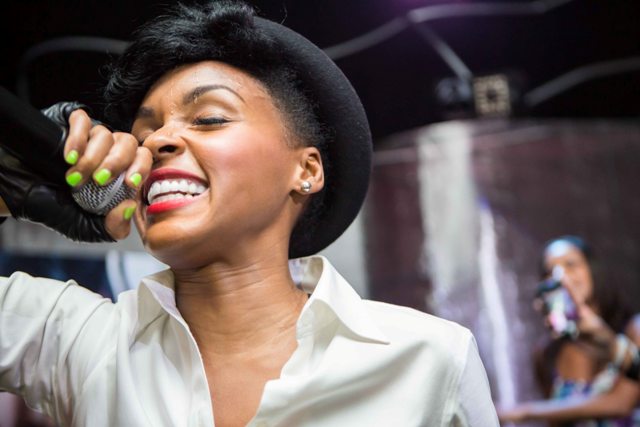 She’s SO into it and her passion is palpable!

— The moment when she got up on someone’s shoulders so she could sing Dance Apocalyptic to us all and we could see her!

— The moment when EVERYONE was dancing! 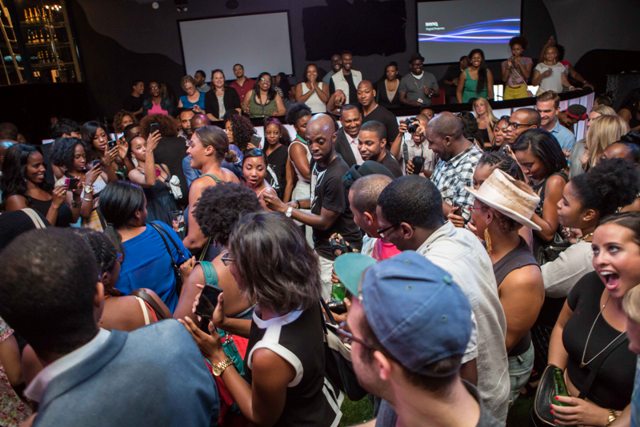 — The moment Janelle was showing off her fiercest moves! 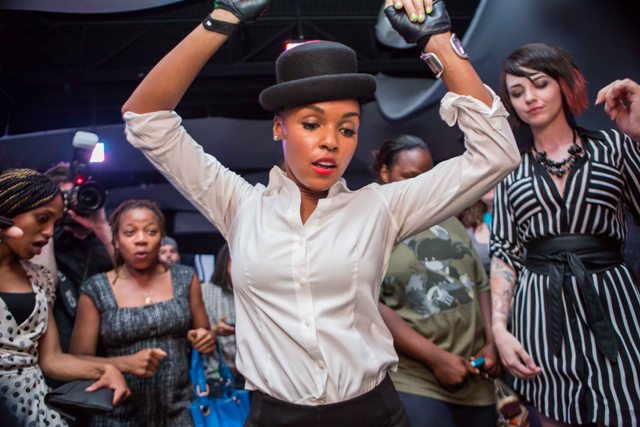 — And BONUS: That moment, after she was dancing with everyone in the crowd, when she looked up and was like HEY, I see you! 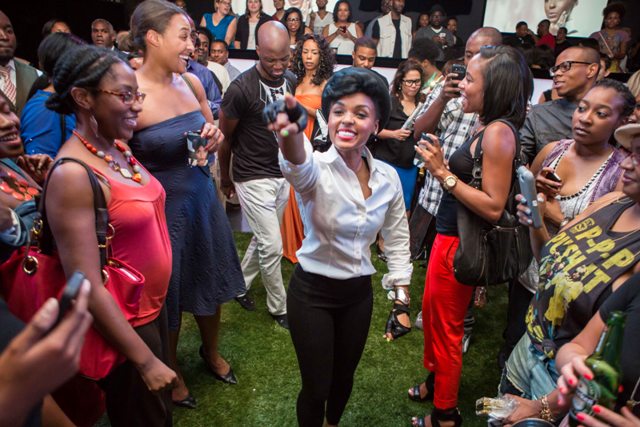 BEST. Listening party. EVER. Janelle Monae’s new album, The Electric Lady, will be officially released on September 10, and Janelle Monae is going on tour, so click here to buy tickets. I can’t WAIT to see her perform these songs for real.

And this post was just a teaser – next week I’ll share the exclusive interview I did with Janelle, on her new album, beauty, makeup, natural hair, and being a COVERGIRL!

Thanks to Chuck Olu-Alabi for these AMAZING photos!

Erin Glasco says:
I can't believe no one has commented on this - looks amazing!

Diana (Head Curl in Charge) says:
She's always been the best at being herself. So happy she is able to show exactly that to a larger audience. Still listening to her album and happy to hear many great songs. This I also feel like while I was reading this, I was standing somewhere in this party. Great wrap up..:) Hope to see you at Blogalicious..:) Diana

Burning Blade Astuce says:
My brother recommended I might like this website. He was totally right. This post actually made my day. You cann't imagine simply how much time I had spent for this info! Thanks!