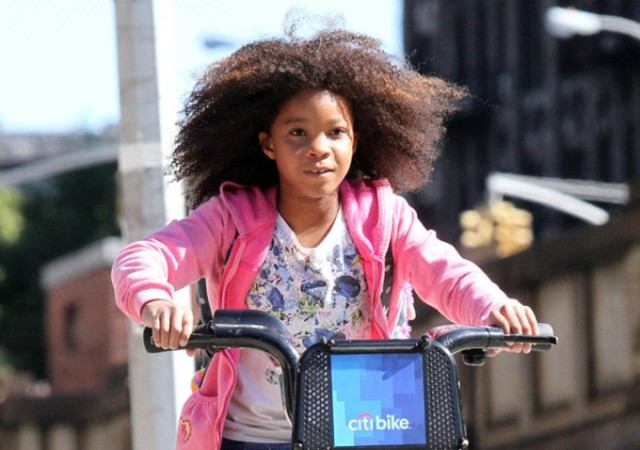 Photo via Shadow and Act

As any Child of the 80’s can attest, Annie, the 1982 film starring Albert Finney as “Daddy” Warbucks, Carol Burnett as Miss Hannigan, and Aileen Quinn as the irrepressible orphan title character herself, was a seminal film of our youth. Annie is one of those movies so hard wired into pop culture history that even if you’ve never seen the film, you know one or two of the songs and have an idea of the storyline. Despite the mixed critical reception on its initial release, Annie has become a beloved movie to many. I love the original movie myself – it introduced the world to Trinidad’s great artist and actor Geoffrey Holder, as Punjab.

People had predictably begrudging feelings about changing Annie from a curly haired redheaded white girl to Quvenzhané Wallis as a natural haired, African American Annie. But the trailer is out now, and hopefully many of the folks with those feelings are ready to accept an Annie for a new generation. Because I predict this movie will be a HIT.

Look at how much FUN this is!

Quvenzhané is so sassy and adorable, and Jamie Foxx is going to be great in this role. Some of my Facebook fans were questioning Cameron Diaz as Mrs. Hannigan, but she’s got Carol Burnett’s ginormous shoes to fill so I’m thinking she’s going for a different take on an iconic role and maybe it’ll be better on the big screen.

Of course online courage remains all too real and the comments on sites like Entertainment Weekly, reveal an unpleasant underbelly of folks who seem unable or unwilling to accept a new age of Annie. Guess what –  the sun will come out tomorrow. And on December 19th, I predict a brand new Annie will be number one at the box office.

What do you think, bellas? Are you here for Quvenzhané as Annie? I can’t wait!

« Lupita Nyong’o’s Makeup – Get The Look From Her Makeup Artist Nick Barose
Santigold For Smashbox – New Makeup From One Of My Favorite Musicians! »