Santigold For Smashbox – New Makeup From One Of My Favorite Musicians!

I’ve been a fan of Santi White AKA Santigold for quite some time now – since she called herself Santogold, I’ve been bumpin’ her music. Santigold is a woman with style, with a distinctive aesthetic. She’s long been an innovator and an underground favorite. So it’s perfect that her first makeup collection would be with Smashbox! Smashbox has been knocking makeup products out of the park for years and they’re beloved for their excellence by those in the KNOW. Just like Santigold!

As you might expect, the new collection looks dope. 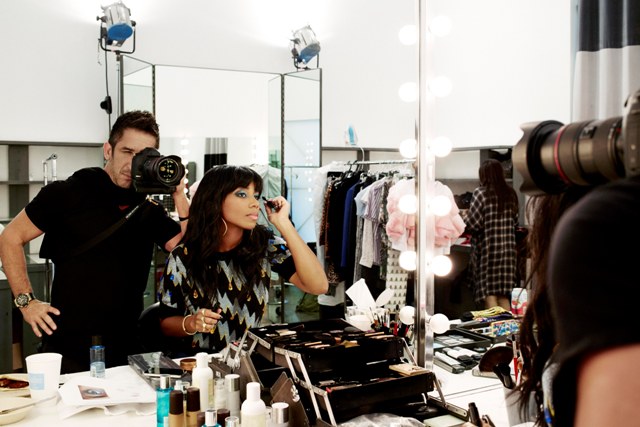 So what’s the concept?

“For this exclusive collection, Santigold plays with the notion of approaching the post-2012 Golden Age – an age where the earth as we know it ceases to exist, revitalizing itself and morphing into its own beautifully balanced, utopic mirror image. This is a world where the earth, stars, humans, aliens and all co-exist harmoniously.

She’s partnered with Smashbox to create this vivid and playful color range, influenced by her strong creative sense. Already known for her mix-and-match sensibility, Santi is encouraging her collage style with this collection. From the themed, shade names to the one-of-a-kind ring design, she’s blended her style, hand-crafted artwork, fashion sense and love of color to create this exciting summer line.”

According to an interview with Vogue.com, Santigold intended this to be a collaboration of products with staying power through the elements, that would be high impact for brown skin tones. “It’s interesting because [when] they approached me, I had been sort of griping about certain things in the makeup I wanted. Like eyeliners that don’t come off in a second! Because I sweat—I work it out up there! I like makeup that pops, that doesn’t look like one thing in the stick and then you put it on and it’s the mild version. As a brown-skinned person, there is so much makeup that does not work for me. This collection looks good on all different skin colors, and that was something that was important in designing it.” Sounds amazing, right?

Let’s get into the makeup itself, shall we?

The eyeshadow quads are super cool and very signature Santigold. This one is called Earth As We Know It. 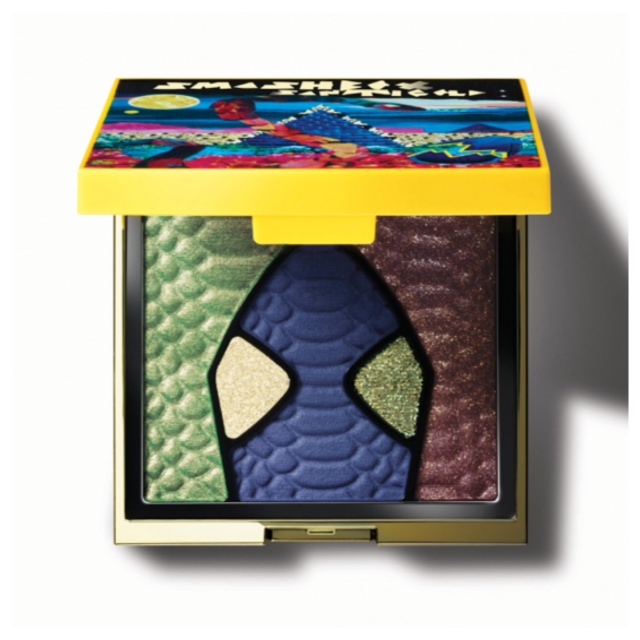 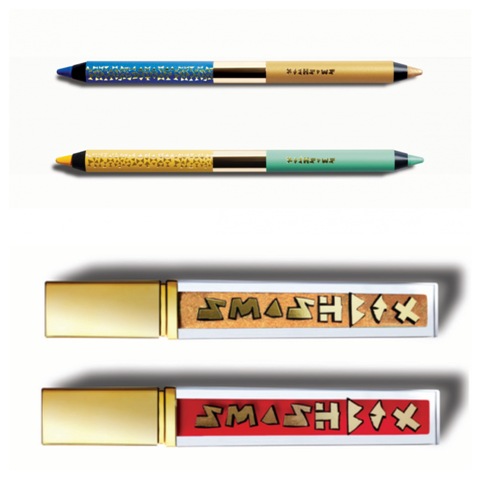 These lipglosses are hot, right? Top is All Gold Everything and bottom is Hot Lava.

To me the most lustworthy item is the Be Legendary Lipstick Ring in Still Kickin’. How cool is THIS? 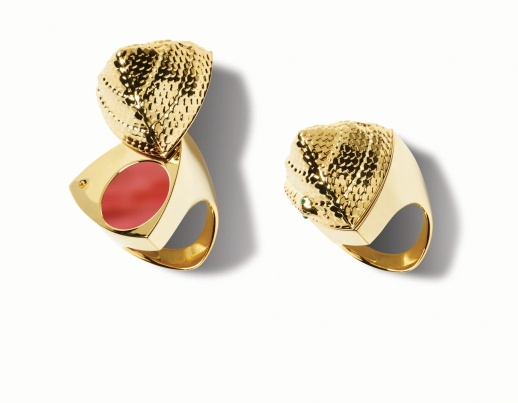 I would rock this ALL the time. Very curious about the lipstick’s level of pigment.

Alice @ Alice in Nappyland says:
Oh my gosh, it looks BEAUTIFUL! I can't wait for this!

Milaxx says:
I want it all! I might even want backups.

C Williams says:
Lipstick in a ring? A ring that actually looks nice? Wow, don't think I've ever seen one of these :) Love it!

Radiance Hair and Beauty says:
it looks BEAUTIFUL! I love that!!!!

Jennie says:
Beautiful and that ring is KICKING it. Beautiful.. I want this NOW! x

bella says:
the ring is the hottest item!

bella says:
they knocked this collab out the park!