What Maya Angelou Taught Me About Beauty With Just One Poem

On May 28th I got up early, made tea and toast, puttered around my apartment unloading the dishwasher and throwing clothes in the washing machine. Regular, routine life stuff. I’d planned to blog about an amazing new chicken recipe I discovered before heading to a dentist’s appointment. It was going to be the most mundane Wednesday ever. And then I checked Facebook and saw the statuses. RIP, Maya Angelou. I felt like my heart was being squeezed in a fist. I didn’t want to believe. But the headlines started trickling in faster and faster. There was no denying the truth. Maya Angelou was no longer with us. 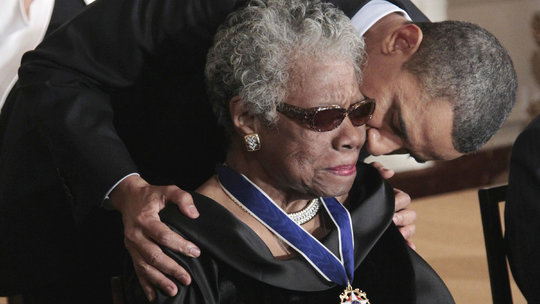 What a thing to wake up to.

Maya Angelou was one of those cultural icons who seemed to be eternal and immovable. I was asked to write a piece on her legacy for my hometown newspaper, the Trinidad Guardian, and in that piece I compared Maya to Mount Rushmore or the Giant Sequoia trees, like the ancient leatherback turtles that return to Trinidad’s beaches to nest, like Trinidad’s most popular beach, Maracas. I mean that in the sense that Maya Angelou seemed to belong to us, she seemed ancient and eternal. It’s impossible to imagine her not here to dispense wisdom, to recite a poem that rattles our hears and resonates in our spirits. We never thought she’d go away. 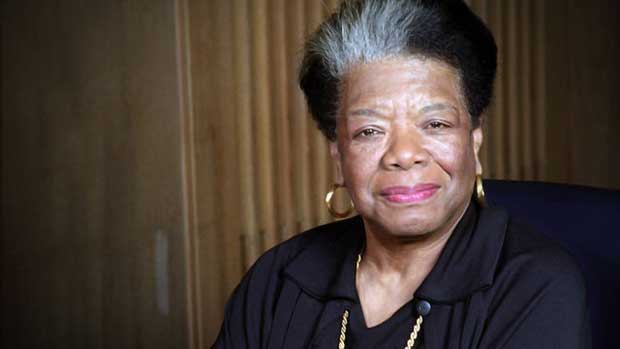 Maya Angelou was a woman who lived a multitude of lifetimes. She wrote so powerfully about her childhood, the rough and painful elements of her past that strengthened and polished her into a diamond of a woman. Maya Angelou’s life was a testimony to the power of cognizance and change.

So much has been written about Maya Angelou in the immediate wake of her passing, I wasn’t sure what else I could say that hadn’t already been said. I’ve been reading and liking tribute posts. xoJane.com, Awesomely Luvvie, Sing a Black Girl’s Song and Ebony.com all featured beautiful pieces that simultaneously broke and warmed my heart. There is so much to say about Maya Angelou, it’s easy to feel dizzy and overwhelmed by the sheer scope of her capabilities and her life. So instead of going broad and speaking about her in grandiose and sweeping terms, I want to get very specific and focus on one particular way that Maya Angelou touched me. Her poem, Phenomenal Woman, helped to change my life.

Phenomenal Woman was first published in Cosmopolitan magazine in 1978, and then included in Maya Angelou’s third poetry book And Still I Rise

. That third poetry book gave the world some words to live by — And Still I Rise included Life Doesn’t Frighten Me, Men, and Still I Rise, arguably amongst her most universally known poems.

For someone in my age bracket — for the record, I was born in 1979 — there never was a time before Phenomenal Woman. For us, there was never a time when there were these indelible, unforgettable, undeniable words intended to uplift, celebrate and triumphantly proclaim that we are beyond beautiful, we are worthy of desire and admiration from ourselves as well as others. That it isn’t just about how we’re built, it’s about who we are and how we carry ourselves in the world. 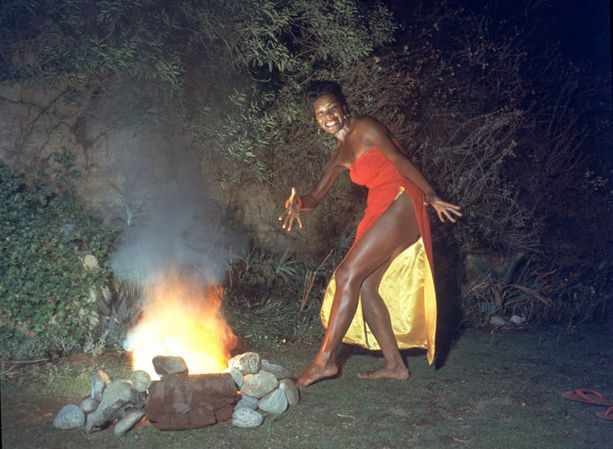 Pretty women wonder where my secret lies
I’m not cute or built to suit a fashion model’s size
But when I start to tell them,
They think I’m telling lies.
I say,
It’s in the reach of my arms
The span of my hips,
The stride of my step,
The curl of my lips.
I’m a woman
Phenomenally.
Phenomenal woman,
That’s me.

I walk into a room
Just as cool as you please,
And to a man,
The fellows stand or
Fall down on their knees.
Then they swarm around me,
A hive of honey bees.
I say,
It’s the fire in my eyes,
And the flash of my teeth,
The swing in my waist,
And the joy in my feet.
I’m a woman
Phenomenally.
Phenomenal woman,
That’s me.

Men themselves have wondered
What they see in me.
They try so much
But they can’t touch
My inner mystery.
When I try to show them
They say they still can’t see.
I say,
It’s in the arch of my back,
The sun of my smile,
The ride of my breasts,
The grace of my style.
I’m a woman
Phenomenally.
Phenomenal woman,
That’s me.
Now you understand
Just why my head’s not bowed.
I don’t shout or jump about
Or have to talk real loud.
When you see me passing
It ought to make you proud.
I say,
It’s in the click of my heels,
The bend of my hair,
the palm of my hand,
The need of my care,
‘Cause I’m a woman
Phenomenally.
Phenomenal woman,
That’s me.

Oprah calls Phenomenal Woman “life defining.” In that poem Maya defined herself, but she also helped to define a generation to come. Black women around the world grew up knowing those words, knowing that we too were or at least could be phenomenal women.

We who are 35 or younger, never knew a time when Maya Angelou’s words weren’t there to lift us up. We were blessed to be born into a world where she was a constant. We learned her life lessons while she was here to live them and share them. Future generations will have to discover her in books and in video clips. Future generations will not have had the good fortune of being blessed by her presence. In her own words, “when a poet dies something hopeful in the national psyche disappears.” I know I’m not the only one who’s already feeling the void.

This weekend, tune in to OWN for Oprah’s tribute to Maya Angelou, June 1, beginning at 5/4 C.

Also, SundanceTV announced it will air the legendary Dave Chapelle/ Maya Angelou“Iconoclasts” episode on Thursday, June 5th at 11:00 PM ET/PT. It first aired in 2005 and it’s one of the best interviews ever aired on television. Ever. Must see TV.

pets says:
Maya was like your mom, granny or aunt with words of wisdom and comfort. She wrote about her experiences and in this way enlightened us and helped us to find comfort in her words. RIP Ms. Angelou and I hope that her work continues to be read and absorbed, that scholarships are created in her name so that her legacy lives on.