I’d say that Baltimore has an image issue. There are sweeping perceptions of the city based solely on news headlines and fictional representations in TV and film, that don’t begin to capture the complexity, the reality and the beauty of Baltimore as a whole. Baltimore clearly is a city with real issues that need to be addressed and wounds that need to be healed, but I think that many of us who may have watched the protests and clucked our tongues at the headlines don’t know the real Baltimore. The news cycle reduced this city into a caricature, only revealing the darkest tip of the iceberg. I can’t recognize the Baltimore I’ve experienced, with what I see in the media. I’ve had the pleasure of visiting Baltimore twice, and both times it’s been just that. A pleasure. 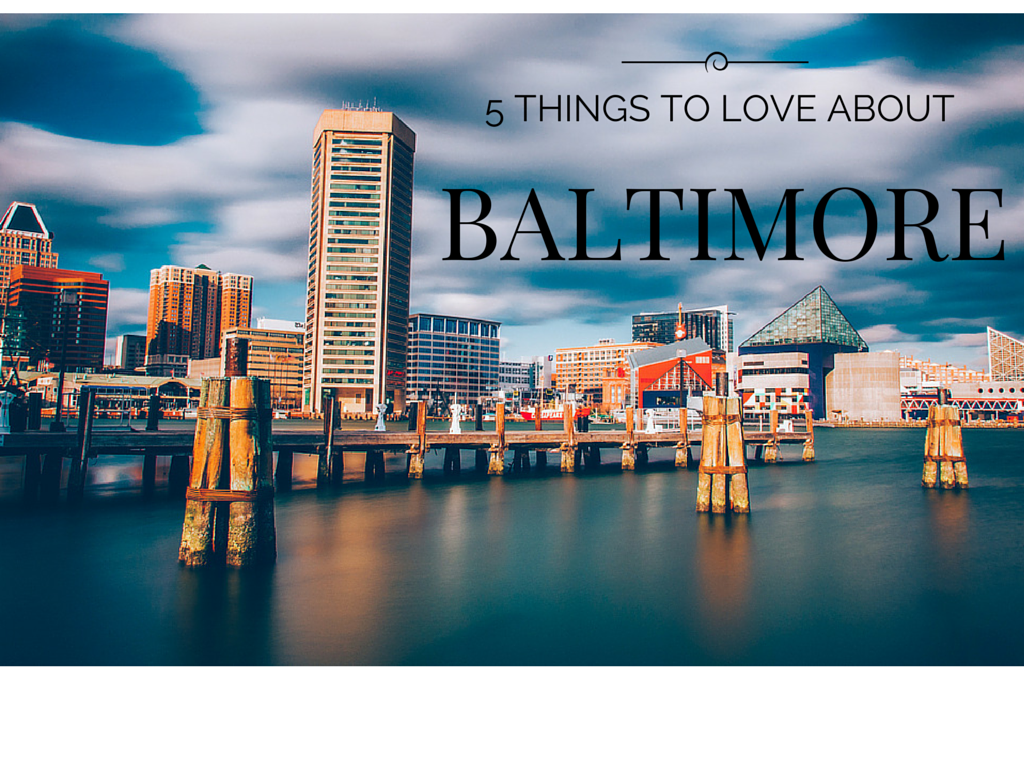 The people I know who call Baltimore home, are amazing, cool, creative, smart, passionate people. The folks I know who rep Baltimore, are proud of their city and love their city. There’s been a lot of ignorance about what makes Baltimore beloved. I wanted to shed some light on the awesomeness of Baltimore. Who better to do that, than the Bennus?

Jamyla and Pierre Bennu are the creators of Oyin Handmade. One of America’s coolest couples and most amazing parents. They make amazing hair products, super cool teeshirts, books, inspiring art…they’re an incredibly creative, endlessly inspiring power couple that lives in Baltimore. I reached out to them to help to reframe the conversation about their city. I asked the Bennus to share what they love, what they want more people to know about Baltimore. And of course their answers were just as cool and inspiring as you might expect. Take it away, Jamyla and Pierre! 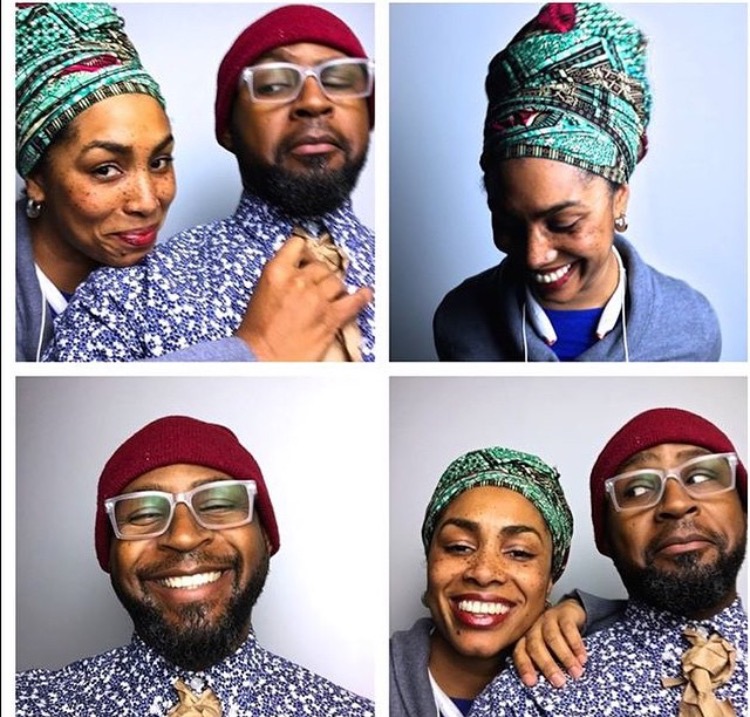 It’s no secret that Baltimore has its fair share of problems, with popular shows like “The Wire” and “Homicide” serving as unofficial representatives in the media. The inequality that plagues so many modern American cities is on stark display here, and explosive reactions to incredibly difficult conditions in our city was recently brought to national attention by the recent uprisings in response to police violence. But that is far from the whole story. Baltimore is full of people who care about and fight for their city. We think it’s equally important to highlight some of the groundbreaking community work, the incredible history, and the daily joy and beauty that is also to be found here as we work, live, and play.

Here are 5 things we love about Baltimore from Oyin Handmade co-founders Pierre and Jamyla Bennu.

From fresh seafood seasoned with Old Bay and world renowned crab cakes with almost no filler, to corner carryouts serving Baltimore’s signature chicken boxes (wings with western battered french fries), lake trout (spicy fried whiting), half&halfs (a lemonade/iced tea mix), the taste of Baltimore is unique and delicious. We also love that Snowballs, the local take on the popular shaved-ice-and-syrup summertime treat known around the world, are available everywhere from specialty stands and kiosks, to people’s front yards! Check out Faidley’s Crabcakes. And this ‘lake trout’ recipe – try it at home 😉

Some of the community-owned eateries, which are local to our factory and storefront, are The Grind House Juice Bar, Land of Kush vegan cuisine, and Red Emma’s cooperatively owned bookstore and coffee shop (food truck rally on June 6)! We do a lot of weekday lunches at these spots! :o) Baltimore also offers the best in food trucks and now bikes! If you are visiting look for the Pie Cycle/ Karma Pop Ice Pops for unique and yummy treats made with all natural ingredients, or visit The Gathering for a sampling of a wide variety of food truck yumminess.

In addition to being literally green — lots of trees, parks, playgrounds and green spaces — there are loads of GREEN CITY INITIATIVES that are close to our heart. There are multiple city farms dedicated to food justice and widening access to healthy produce, as well as loads of regional farms where we can go strawberry, apple, and pumpkin picking, and neighborhood gardens all over the city. Check out Real Food Farm, and Farm Alliance Baltimore — click here to read more about the Homegrown Baltimore Launch & Strength to Love Farm Ribbon-Cutting, set to take place on June 19!

Baltimore has a great variety of Farmer’s Markets and public markets. Home of the oldest continually operating public market system in the country, Baltimore has been serving that ‘farm to table’ realness since the 1760s. ;o)

It is grounding to know Baltimore’s strong local history of African-American resistance and freedom — Harriet Tubman, Frederick Douglass, and Thurgood Marshall all hail from this region. Baltimore is proud of its culture and history, and is home to the Great Blacks In Wax Museum, Frederick Douglass Maritime Museum, Eubie Blake National Jazz and Culture Center, and Reginald F Lewis Museum of African-American History and Culture.

Currently, and especially as economic and real estate development continues, we are finding a consciousness and vocalness around gentrification and inclusion in a way that often goes unsaid until it’s too late. It’s not utopia, but people are putting in important work to create and aren’t trying to sweep the elephant in the room under the rug, to mix metaphors.

It’s no mystery that Baltimore has a lot of challenges with inequality; a legacy of a hundred years of the same sort of racially applied civic planning and lending policies that have gutted cities across the nation. These have been particularly devastating in cities like Baltimore, Detroit, and Cleveland, with previously heavy reliance on the diminishing American industrial sector. The book “Not In my Neighborhood” is an amazing chronicle about Baltimore’s development history which details how racism helped shape civic policy… and the recent Washington Post story “How Baltimore Became Baltimore” details how these policies play out in the recent unrest. Of course there is not much to love about sweeping economic inequality or police violence, but what we do love is that there are so many grassroots organizations working to help with reentry, food justice, police accountability, education access, etc. You can’t walk five steps in this town without bumping into someone who is seeking to make change, fighting to create coalitions, and working within their community.

People are doing a LOT to connect with each other and make the city better. Youth programs like The Algebra Project and YRI (Youth Resiliency Institute); coalitions of nonprofits like org; recovery programs like Martha’s Place, and community accountability initiatives like 300 Men March are just a handful of organizations which received well-deserved attention during the recent unrest, but have been working on the ground for YEARS to create change.

As artists, we are particularly touched by nonprofits who create opportunities through the arts like Jubilee Arts, Wide Angle Youth Media & Root Branch Film Academy.

In early 2005, we visited Baltimore to screen one of Pierre’s films. We returned that summer to ride around and visit a few friends, and when we visited for the third time that fall… we stayed.

We have found Baltimore to be affordable and welcoming, with a wide range of neighborhoods and a lot of community and arts engagement. We have found it to be a great place to start and grow a business. There’s a supportive community full of fabulous and loyal customers, and other business owners are eager to connect and share resources. It’s a small city where we feel like we can have a big impact. It’s definitely had a big impact on us.

Thanks and big respect to Jamyla and Pierre for sharing THEIR Baltimore. If you’re from Baltimore, tell me how you feel! Share your favorite things about your city. Tell us what the media’s been missing. Celebrate your city!