Get The Look — Uzo Aduba at the Emmys! Glowing and Gorgeous

When I think of actress Uzo Aduba, I think of transformation. She is a real and rare talent, able to convey all of the complex layers of her character, Suzanne “Crazy Eyes” Warren on Orange Is the New Black. Last year she won the Emmy for Best Supporting Actress in a Comedy Series. This year, she took the Emmy for Best Supporting Actress in a Drama Series for the same role. How dope is THAT? When she’s not playing “Crazy Eyes,” Uzo Aduba is glamorous and unabashedly gorgeous on her own terms. I love the story of how she learned to love her smile – so inspiring for those of us with unique features we gotta love no matter what. Uzo looked glowing and glorious at the Emmys, and I got the full breakdown of her look via my friends at SheaMoisture.

“To complement Uzo’s elegant, intricately hand-painted gown, I created a makeup look that embodied the epitome of classic beauty. Long, lush lashes enhanced her subtly smokey eyes and defined brows, while I kept the rest of the makeup extra dewy and natural for a flawless finish.” – Janice Kinjo for SheaMoisture Cosmetics 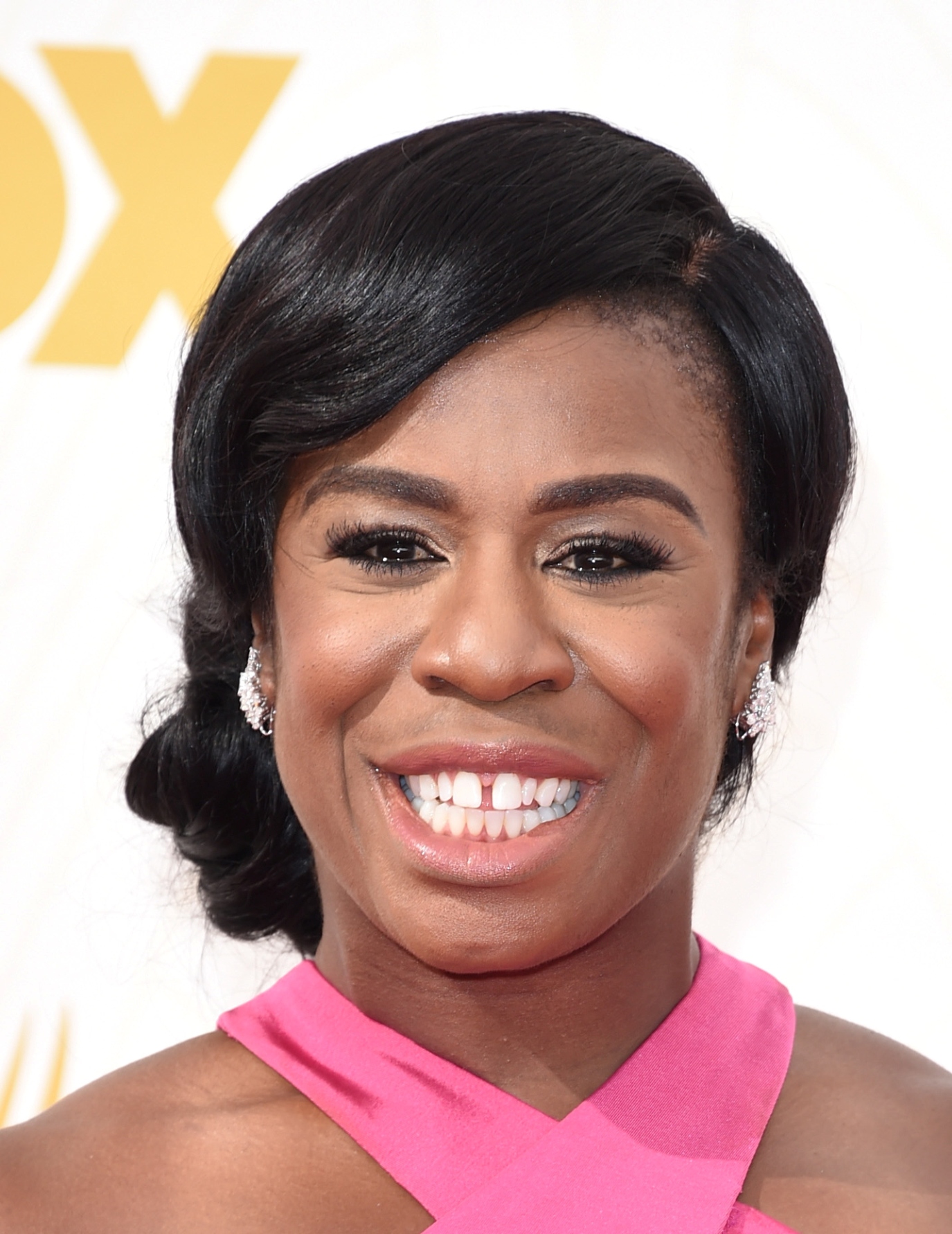 FACE: I started by applying SheaMoisture Sheer Liquid Foundation in Montego Toffee to highlight the under-eye area, T-Zone and bridge of the nose. Then, I applied the shade in Ka’u Brown Blaze for a subtle contour before blending both shades with Canoa Espresso for a seamless finish.

I applied SheaMoisture Lip/Cheek Balm in Avignon Rose as a base before setting with SheaMoisture Mineral Blush in Annecy Maroon for a natural, rosy flush on the cheeks.

I filled in Uzo’s brows using the two shades and setting wax within SheaMoisture The Perfect Brow Kit in Brown. I then applied SheaMoisture Color Correcting, Contouring and Highlighting Palette in Medium to further shape and define brows.

I first primed lips with a bit of foundation for a truly nude, matte base. Then the ultra-moisturizing and natural nude SheaMoisture Lip Crayon in Calixta was applied to the lips as the finishing touch to this classic, effortless beauty look. 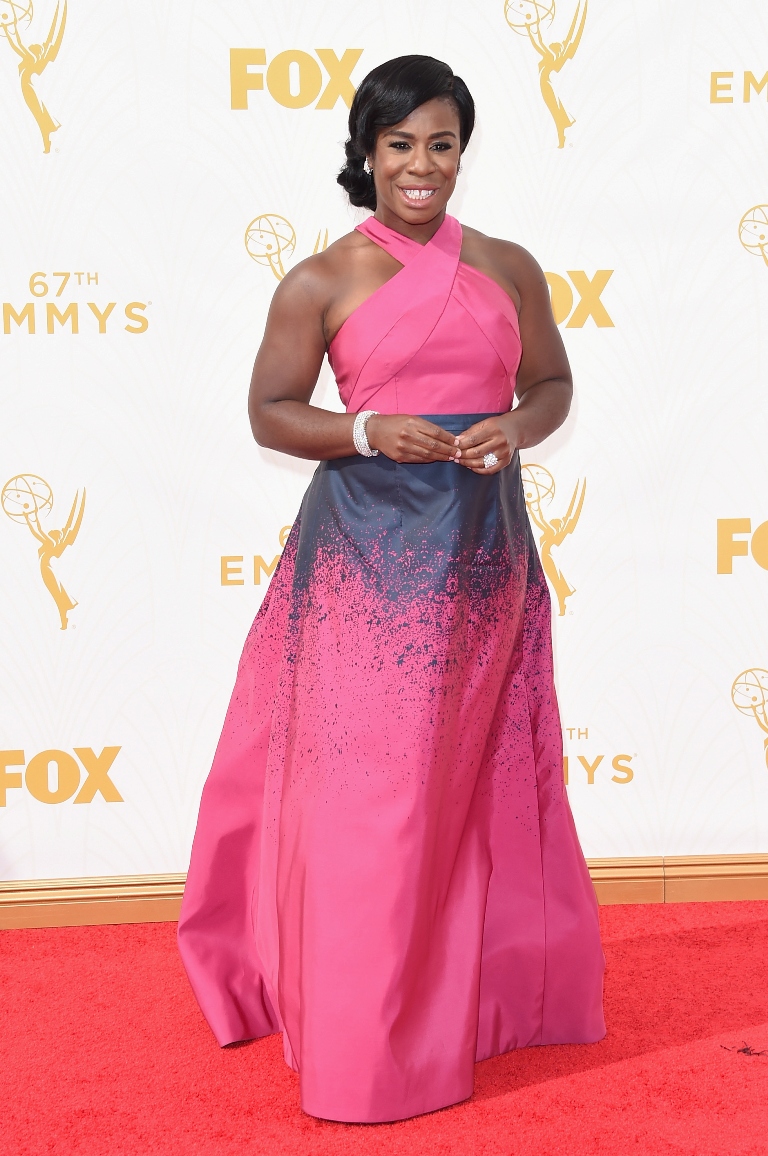 I love that all of her makeup is available at Target! Beauty on a budget. Uzo looked beautiful and her speech was so grateful, beautiful and real. Congrats, Uzo!