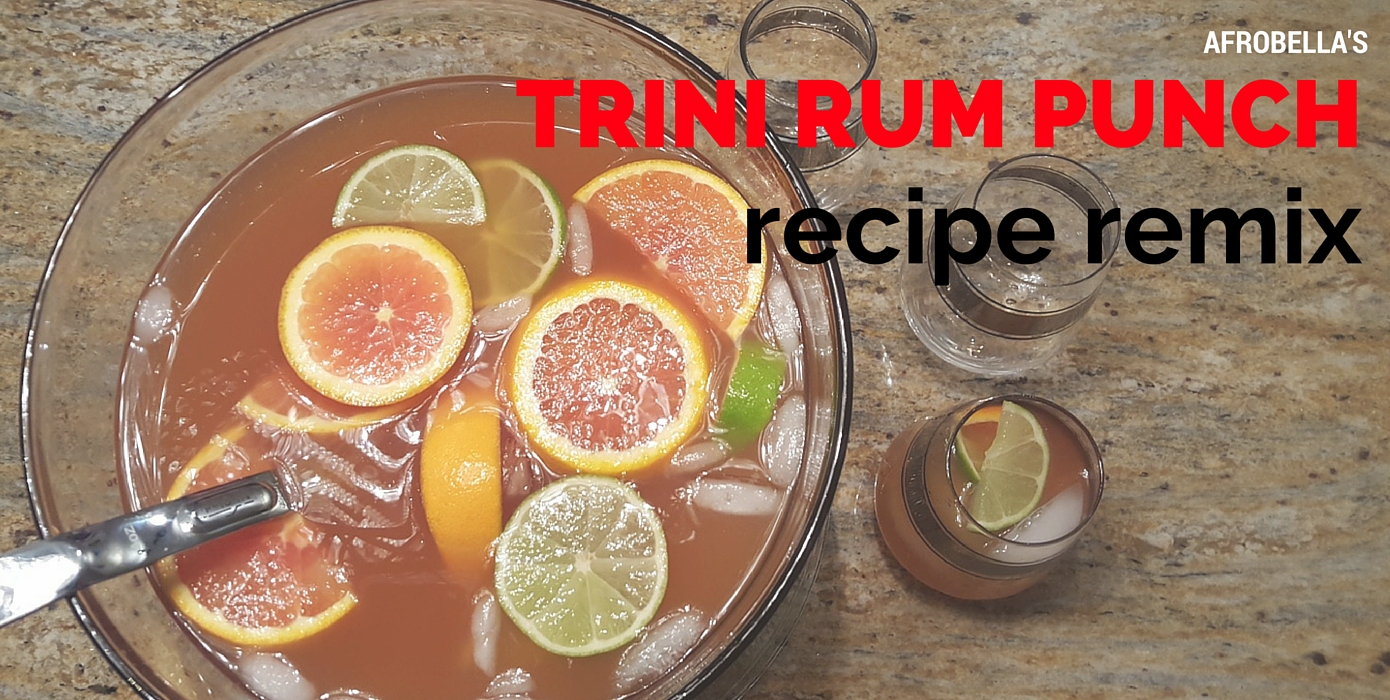 Trinidad is known for many things, and one of those things is RUM. We make some amazing rums. I am a fan of the House of Angostura , from 1824 on down. But sometimes real Trini rum is hard to find in Chicago. So when my friends at Sailor Jerry rum gifted me a bottle of their goodness, I immediately decided to make punch. But what KIND of punch? That remained to be seen.

Punch is super popular these days — here in Chicago there’s even a whole bar dedicated to the stuff that’s appropriately named Punch House. There are many kinds of  punch– Wikipedia goes into greater detail, mentioning  Southern Bourbon punch and “cups,” like Pimm’s Cups and the like. Wikipedia didn’t include New Orleans Milk Punch, and their rum punch section seems a bit subjective to me, but HEY. What do I know. You can click here for the very traditional Trinidadian rum punch recipe, via Chookooloonks by way of Trini Gourmet. And here’s what I used to make my own remix. 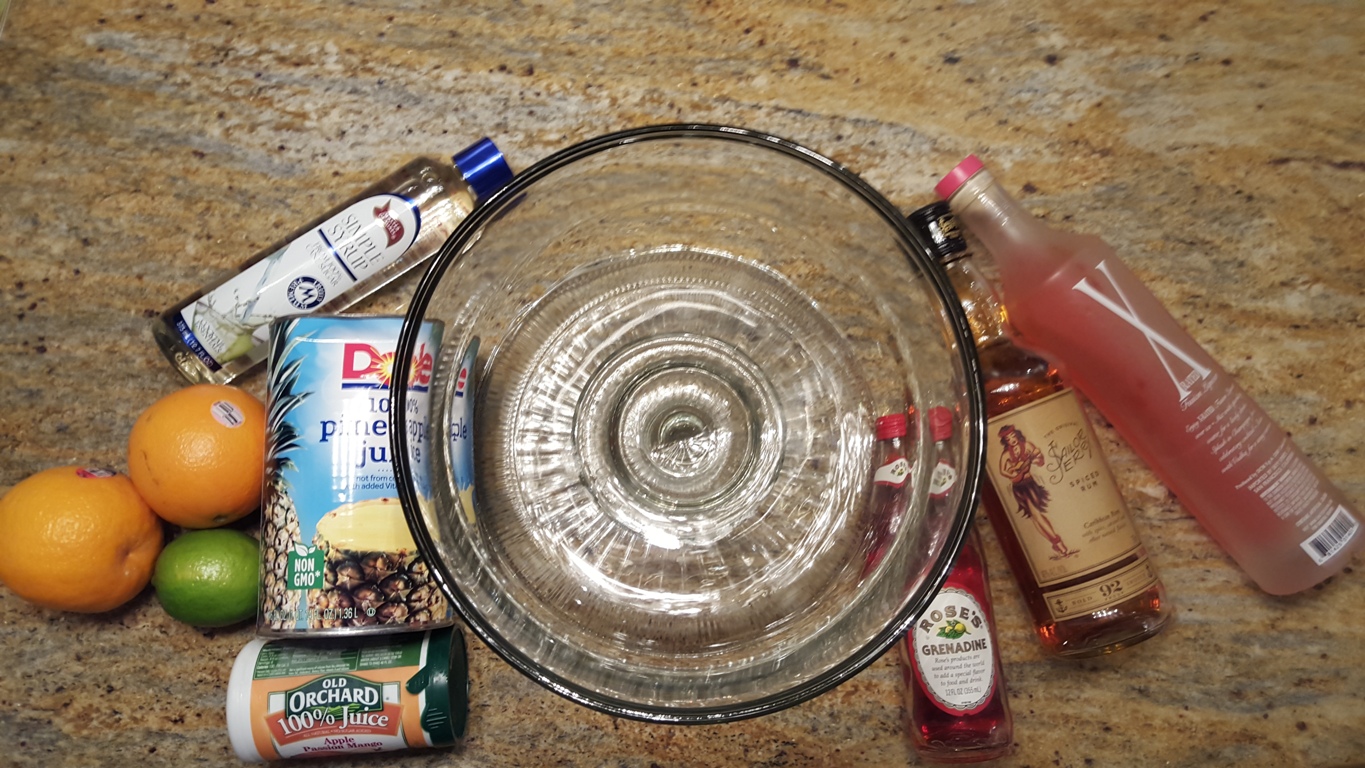 OK. So one of sour — I’ve got a lime. Two of sweet; I’ve got grenadine and simple syrup. Three of strong — that would be my Sailor Jerry rum and X-Rated Fusion Liqueur. Four of weak, I threw in a whole lotta pineapple juice, plus water and the frozen apple/passion fruit/mango juice blend. I sliced a lime and blood orange and added bitters to taste. My recipe appears to be a lot more like a classic Planter’s Punch, which includes dark rum, pineapple juice, grenadine, sugar syrup and Angostura bitters. Hmmmm. Either way,  voila! 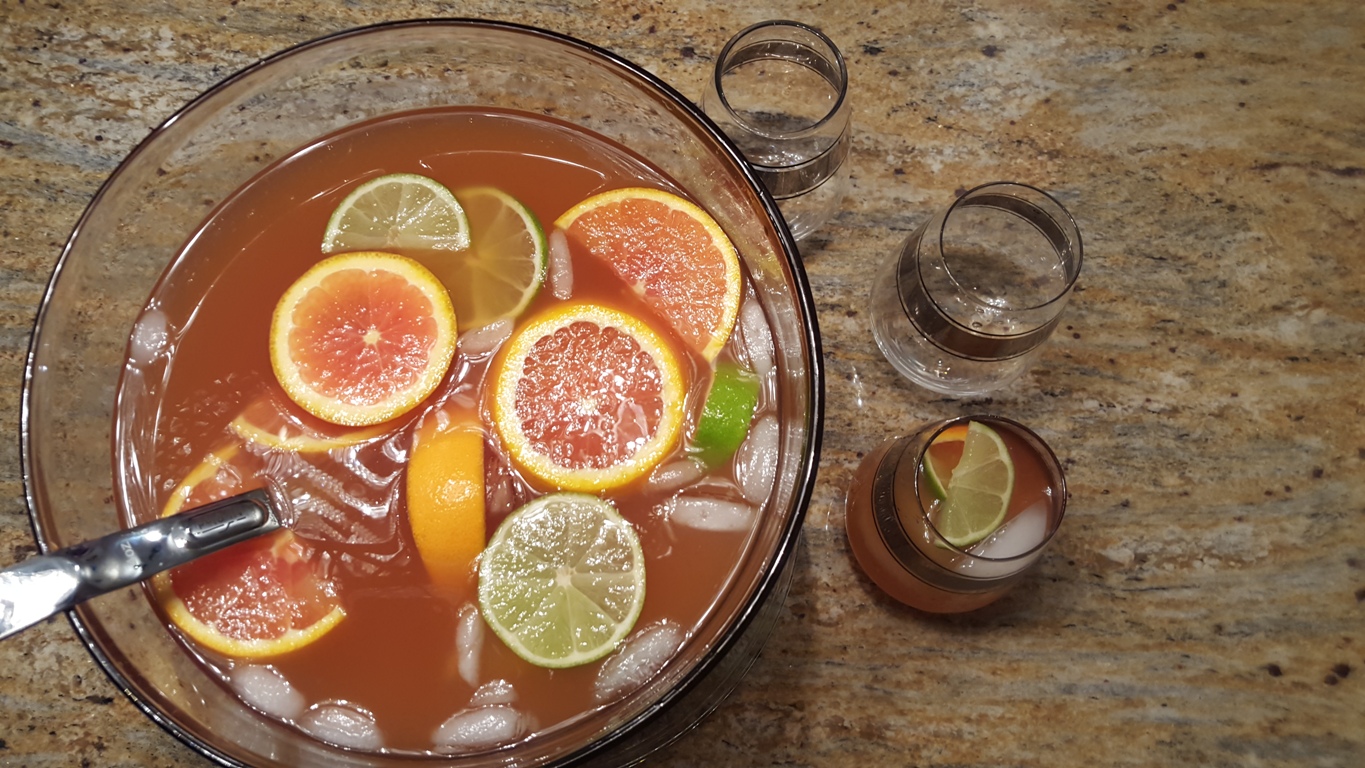 It was so delicious! Here’s the recipe.

Mix it all together in your punch bowl or pitcher, serve over ice and with garnish of choice. Serves 6 to 8.

« Afrobella’s Hair Trend Forecast 2016 – Predictions, Product Picks and A Big Announcement!
Bold, Not Cold — My Winter Style in Simply Be »