Like most little girls, I totally grew up playing with Barbie. For the most part, these were Barbies that didn’t look like me. They were Barbies with lives I couldn’t relate to, who couldn’t be more opposite than me. With my brown skin, sturdy frame and Trinidadian identity, there was nothing for me to identify with. Playing with Barbie essentially meant entering a total fantasy world in which there wasn’t a place for the real me.

Through the years, I’ve become a collector of black Barbie related items. In my home office, I’ve got a small collection of items. I own that Torrid Black Barbie tee from a few years ago. I still have the packaging from the Stila Black Barbie collection from 2009. I was gifted Pazette, a glorious Stephen Burrows Collectors Barbie and Barbie Basics Model 04 from Collection 001 – both sit in a place of honor above my desk. Now I’m making a special place of honor for the #AvaBarbie. 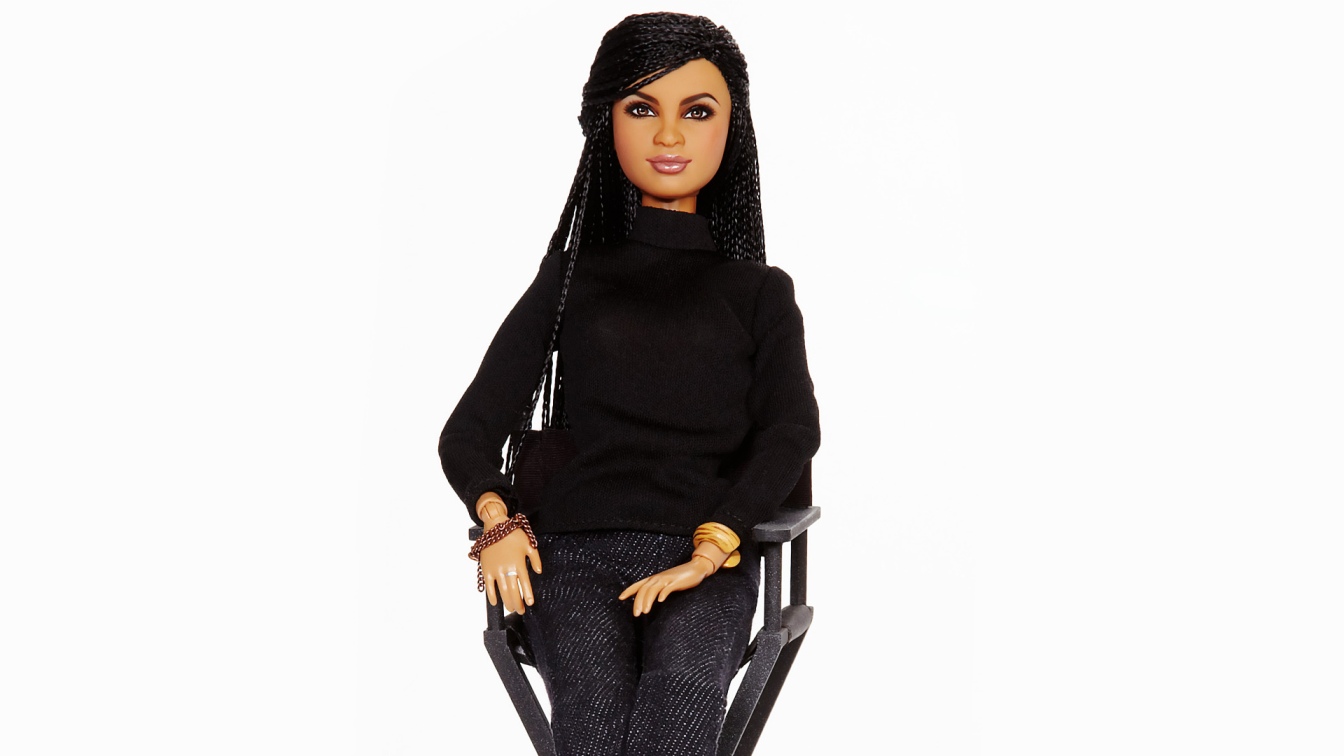 Here’s the brief synopsis. The Ava Duvernay Barbie was initially part of a limited edition Sheroes collection intended to celebrate women who have paved the way in their fields (also including Emmy Rossum, Eva Chen, Kristin Chenoweth, Sydney “Mayhem” Keiser and Trisha Yearwood, as seen below). 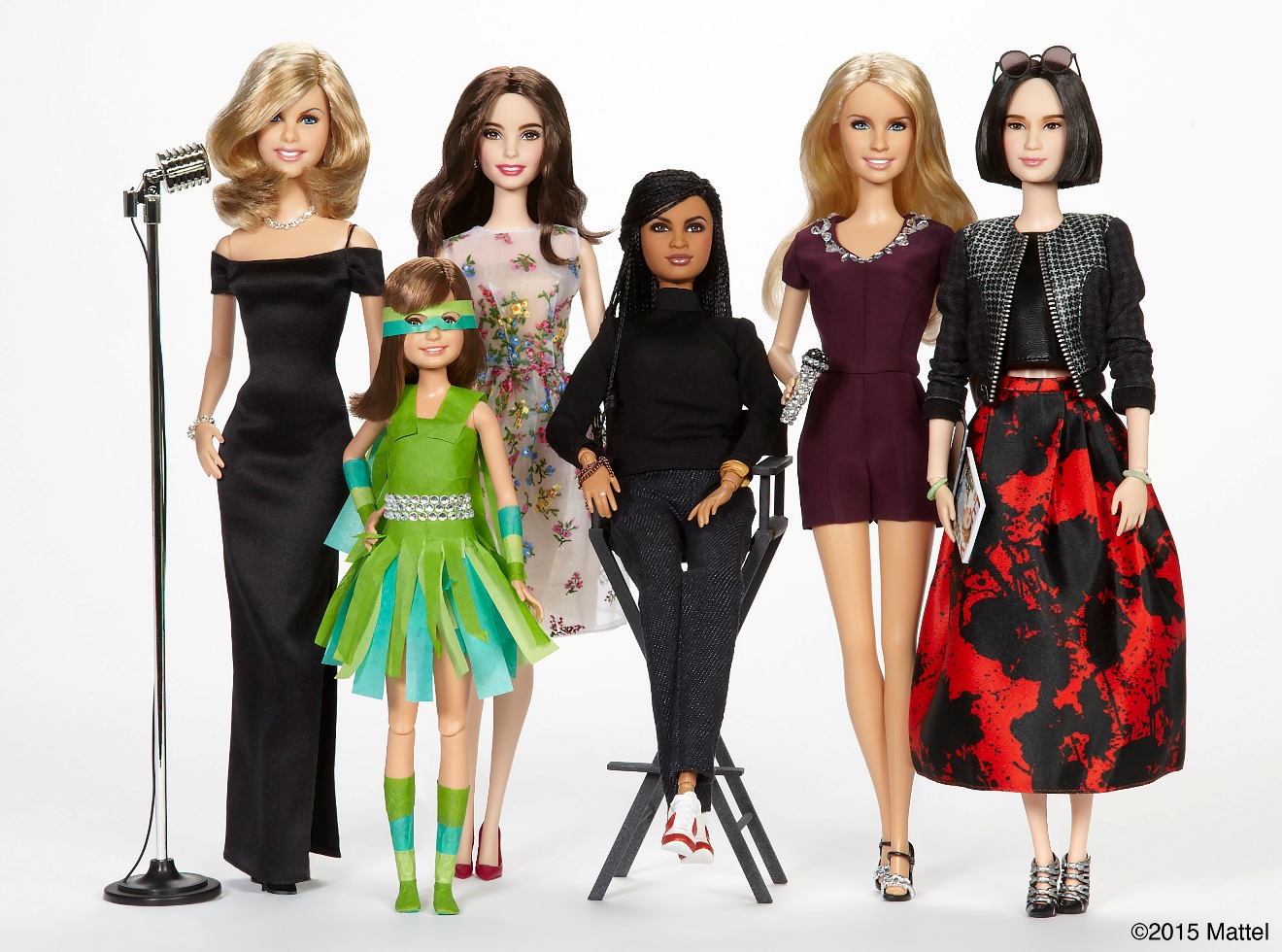 Via Clutch: “According to Mattel, the doll wasn’t supposed to go into production, but because DuVernay’s fans were eager to purchase the doll, they decided to produce them…Not only will the dolls make a lot of fans dreams come true, the proceeds will also benefit Color of Change and Witness.Org.”

When this doll hit the web, Twitter went CRAZY. This Barbie sold out in RECORD TIME. 17 minutes! I MEAN!

I had to buy one. HAD TO. After the initial batch sold out via Mattel’s official site, I got lucky via Amazon . My Ava Barbie will arrive in January! I had the opportunity to gush about this as a guest on Take Two on 89.3 KPCC, alongside Mattel representative Michelle Chidoni — click here to read and listen to our segment, “How director Ava DuVernay fits the Barbie Brand.”

To me, the Ava DuVernay Barbie helps to reinvent the brand. This totally falls in line with their new Imagine The Possibilities/You Can Be Anything campaign.

Here’s why the Ava Barbie is EVERYTHING. Her hair is in an intentionally natural style. She’s not wearing high heels or an unrealistic or unattainable style; she’s rocking sneakers, jeans, a black turtleneck and a wood bangle. She comes with a chair with her name on it — so you immediately know she’s the director, she’s the boss. I’d say she’s the most aspirational, inspirational and RELATABLE doll to come out of Mattel in a long time. THAT means everything. I’m hoping Mattel sees this success and recognizes the meaning. The success of the Ava Duvernay Barbie speaks to the power of representation and the power of a too-long overlooked market.

It makes me so excited to think of girls like me growing up with a Barbie like this. A coveted Barbie that you want to play with because she’s cool, and you can see as a realistic role model. Our kids get to grow up with a reflection of self that previous generations were denied.  The success of the #AvaBarbie makes me dare to dream big again — for YEARS my dad has been telling me to make an Afrobella doll. Hey Mattel hey!

I can’t wait to get my doll. And NO she’s not coming out of the box. I’m gonna be like one of those Star Wars fans on SNL.