We Will Always Love You, Whitney Houston

I don’t want to write this post. I don’t want to write about losing Whitney Houston. I’ve written recent RIP tribute posts for Etta James and Don Cornelius, but this loss cuts deeper. It’s too sad. There’s an ache of deep, disappointed sadness that has been over my shoulders like a shroud since Saturday. 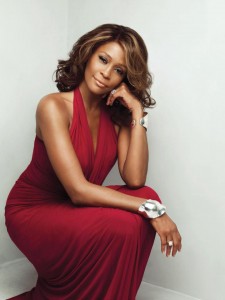 Where were you, when you found out? I was standing backstage after the Texture on the Runway show in New York – a fabulous night out before the news hit. It was so hard to pose and smile and pretend to be happy, with news like that crushing your chest. I left shortly thereafter, en route to another fabulous event. Even as I was rushing through the crowd, I saw the sad faces. My friends told me afterwards that a few people were crying. 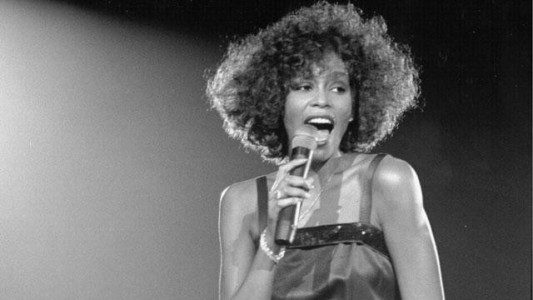 Some people feel silly about caring so deeply when a celebrity dies. I don’t. I get it. The feeling is about the loss of a person you’ve never met, sure. That doesn’t mean your grief is invalid. Even though you’ve never met them and didn’t actually know them, that doesn’t mean that they didn’t affect your life. Whitney Houston’s music was part of the soundtrack of our lives. Many of us can chart our formative years right along with her discography. For me, the Whitney album was of an era when I played with Barbie dolls and watched Casey Kasem’s countdown on television. I remember dancing along to I Wanna Dance With Somebody, and wishing I had her hair. Wishing I could look like that, and sing like that.

The Bodyguard soundtrack was one of the first albums I bought myself. We all loved Whitney in Waiting to Exhale. Her version of I’m Every Woman helped to bring that beautiful, uplifting song and message to a new generation of women. Whitney’s version of the Star Spangled Banner made me feel pride for a country I didn’t even live in at the time.

It still gives me chills. To this very day, that’s one of my favorite performances and you can see that Whitney knew she had nailed it. When she raises both hands in the air, there’s a pride and joy that’s so beautiful to behold.

I don’t want to write this post because I don’t want to admit that Whitney isn’t coming back. I hate that her performance in the remake of Sparkle – set to be released in August – will be a posthumous release, serving as a reminder of what we wish could have been.

When Michael Jackson died, I wrote a piece for Ebony.com titled Who Feels It,Knows It (which has since disappeared from the site but is referenced here). When MJ died there was deep pain there, but I can’t say that I was shocked. There was hurt, swaddled in a feeling of inevitability. Same with Amy Winehouse. There was a downward trajectory that the world witnessed and disseminated with inappropriate humor and a sense of offhand inevitability. An air of there-he/she-goes again, until they’re gone for the last time. “Who feels it knows it” says it best. Whitney knew it better than anyone else.

Whitney Houston on the death of Michael Jackson by RichJuz

There’s a truly unpleasant callousness I’m seeing in comments online and in social media. I’ve been trying to avoid it at all costs, because it makes my temper rise. I came close to confronting some of the tweets I saw an acquaintance make, but decided against it – it isn’t worth it. I realize that my perspective isn’t going to change anyone else’s. The way I feel about Whitney Houston might be the way someone else felt about Heath Ledger or Kurt Cobain or Janis Joplin or Judy Garland. But it seems that now, it’s seen as cool to be callous and acceptable to cast judgment about the path someone else walks along. I am not here to judge how Whitney Houston lived her life. What’s the point of that, now? Wouldn’t now be the ideal time for respect and appreciation of her undeniable talent? Compassion for those who knew her and loved her? Despite some of the uglier responses, there has also been an outpouring of love and appreciation, and real emotional honesty.

Since Whitney Houston’s death, I’ve been hearing from people I know and respect, who speak to how her music affected their lives. How her beauty and the message within her songs, inspired them to love themselves. I’ve heard from people who have suffered the same loss that her family is dealing with now, the particular pain of losing someone who had a history of struggling with addiction. If you’ve ever known or loved a person who deals daily with addiction, this cuts so close to home.

I can’t imagine what it feels like to be Cissy Houston right now. Or Bobbi Kristina. Or Bobby Brown. Or Dionne Warwick, Aretha Franklin, Chaka Khan, Kim Burrell, Monica, or Brandy – the famous friends and family who loved Whitney the most publicly. If we as fans are grieving this hard, how do you feel if she was a living, breathing part of your life?

There are some absolutely amazing tributes flowing forth in the wake of Whitney’s passing. Here are some of the best that I’ve read.

Cat Marnell of xoJane.com on the death of Whitney Houston.

Denene of My Brown Baby.

I thought Jennifer Hudson’s tribute at the Grammys was poignant and lovely, given the turnaround. But I agree with Luvvie – I’m holding out hope for a more substantial tribute. When the superstars who surrounded her in life are ready to sing again, here’s hoping they put together a fitting tribute to Whitney Houston and lift her up in song.

RIP, Whitney Houston. We will always love you.

Lisa says:
This is beautiful. Thank you.

Merli says:
I keep fighting back tears. My heart more so then anything is so with Bobbi-Kristina I know the feeling to lose your best friend your mother and I ask that everyone continues to pray for her because the next couple of months are going to be so very hard for her. RIP Whitney may your soul find rest.

bella says:
thank you, Lyssa. And thank you for always reading and being such a wonderful, supportive friend.

Renisha J. says:
Still feeling this hurt and shock of this. I still want it to be a dream. I'm with you Patrice, this hit me so hard. I loved these words. They spoke even more of what I've felt these last few days. Beautifully written.

Denise W Barreto says:
Hi thanks for such an wonderful tribute post. I, too, share your deep sadness. I love your words. Want to share what I wrote Sunday am.... I have a similar but quite different point of view... check it out. Hope it helps you like yours helped me... Thanks again http://www.urbanfaith.com/2012/02/whitney-was-human.html/

Andrea says:
Thank you, thank you for putting into words that exact feelings I've had since Whitney's death. I

Tami C. says:
I think what you wrote was great. I also think Wendy Williams did a heartfelt message on Whitney's passing. She will be greatly missed.

Lyssa says:
Of course. You are awesome and I love you. xo

Karen Smith says:
Exceptionally done! It cuts me to the core that such an amazing, talented and vivacious woman who made such an impact on our lifes through her voice has died so abruptly..we love you Whitney!

Dorothy Toran says:
This is a beautiful tribute to our Queen Whitney. Thank you for sharing this kind of love. My heart too is heavy and my mind numb over the loss of the incomparable Whitney Houston.

pets says:
Hearing the news was a shock! Sad to think of it happening and her young daughter being there. Like you, that anthem performance gives me good chills - it is the standard that other celeb performers should strive for when performing that same anthem at those very public events. I remember that she glowed from inside when she was in her best years - that smile and her mobile facial expressions - she loved what she did and it showed in those videos! To the family of Whitney my condolences. RIP Whitney.

Ashley says:
Bella, Thank you so much for writing this. The aching pain I feel for Whitney, Micheal and all the other legends lost too soon is hard to articulate right now. I agree that the comments in the media and online are very difficult to take right now. I'm trying to avoid that stuff. Thank you for properly honouring Whitney this way. As I wipe away more tears, I must say that you too, are a legend in your own right! Thank you and peace be with you always. xoxoxo Ashley P.

sexy red says:
we all love whitney and to lose her bring lots of pain lets pray for her family bad things come out but their were lots of goods just keep reaching for the sky because joy do come in the morning

nyc/caribbean ragazza says:
Beautiful tribute, Patrice. I'm still in shock. I've heard nothing but great things about her upcoming role in SPARKLE. It really seemed like Whitney had turned the corner. Then this news. Just awful.

Kathy Simms says:
Thank you for putting into words what I'm sure so many of us feel in our hearts..

pets says:
Watching her funeral service to day I felt some sense of comfort as it was so joyful and moving. RIP Whitney be uplifted in song in Heaven.

Aisha says:
Thank you for your beautiful tribute.

Isa says:
My God. I was never a big fan of Whitney Houston and I only know a few of her songs, but her version of the Star-Spangled Banner is incredible. I actually teared up. What a voice. She had a very rare talent and I wish I'd appreciated her more while she was still alive.

Dad and Mom says:
A great post. You have managed to bring her even closer to all of us. She was one of a kind. D&M

MONI says:
This is the best post I have read...

lara says:
real beautiful post i love it text for free at http://www.textme4free.com/

Tameka says:
You tribute is truly lovely and sincere. It's funny that you mention Michael Jackson and the differences between your grieving. I felt the exact opposite at Michael's passing. I was soooo deeply hurt by his departure. It took me over a year to get past it. That's crazy considering we did not know each other personally. But I condone your statement that despite the barriers, my grief was not invalid. As you said, it's because he affected my life. I don't feel as much grief for Whitney- I don't know why. She was my favorite singer growing up. I will still miss her though- she truly had the voice of an angel. I started a new blog recently- check it out you might like it lifeofablackgirl.wordpress.com

Peaches says:
Whitney was one in a million!The fame amd fortune ultimately contributed to the succomb of her,death.She was a brown beauty who could sing ,speak,dress ,and demand attention when she entered a room.I admired her deeply and hoped one day that she would defeat the enemy and be a mother ,daughter ,sister,and friend that those close to her missed.She had given us entertainment and her voice was like angels singing to the masses.She gave us what we needed,and I wanted her to accomplish what she needed,inner peace.I am sadden that it had to result in death for here peace to truly come.Then,I realize that she is in Heaven walking around and singing all day.R.I.P Whitney!