When I look back in the annals of my own internet history and remember the blogs that first inspired me to dip my toe into the online waters, there’s a few that come most immediately to mind. Motown Girl. Concrete Loop. Crunk and Disorderly. Beauty Addict. FourFour. And Tia Williams’ Shake Your Beauty.

In case you didn’t know, Tia Williams is the Osirus of this brown girl beauty blog thang (to borrow a phrase from Wu Tang and ODB). Shake Your Beauty was everything when there really was very minimal sustenance for women of color who loved makeup and wanted to read about it on the internet, instead of once a month in a magazine. Shake Your Beauty was amongst the OG’s. Tia made her name at publications like Elle, Glamour and Teen People. She co-authored Iman’s best selling beauty book The Beauty of Color. She was the face of Olay cosmetics. And then Tia went to Essence.com and made their beauty department what it is today.

Now Tia’s got a brand new project and it involves her amazing sisters Lauren and Devon – the Williams sisters are all so accomplished! Devon is an entertainment lawyer, and Lauren has been an online editor for years – now she’s deputy editor at The Root. These three sisters are holding down their day jobs, joining forces like Voltron, and going into business for themselves. And it’s all about HAIR. 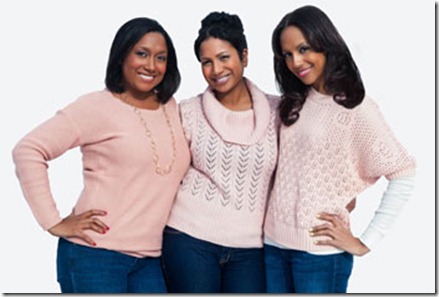 Bellas, behold The Fly Cut, a daily deal site that offers 50% to 80% off services at the top salons. Doesn’t matter what your hair needs are – whether it’s weaves, blowouts, wash-and-go, locs, relaxers – they’re offering something for everyone. It’s like Daily Candy or Groupon, but entirely focused on hair salons and services for women of color! BRILLIANT. AND…Shake Your Beauty is BACK!

I had to ask Tia about the genesis of this genius idea. “We thought of The Fly Cut after realizing we’d spent an hour bitching about our hair and the economy, and dying to get some fab service but not being able to afford it.  Then the lightbulbs went off, and we were like, this Groupon model thing has kind of ignored black women and their hair salon obsesh!  We’d seen some black salon deals show up on the Groupons and Living Socials, but there weren’t any niche sites offering discounted black salon services exclusively.  Like, by black women, for black women.  We think of ourselves as ‘hair matchmakers.’”

The inspiration for the concept sprang from economic necessity. No matter how rough the times are, so many of us still feel the need to find those dollars to go to the salon.

“The economy is the worst, but black and brown women still need fabulous hair. It’s a must. We all know that even if we’re down to the last dime, we’ll stretch it as far as it goes to give dazzling hair,” says Tia. She’s so right.

The Fly Cut is beginning out by offering fabulous deals around New York City, starting with the glamorous Miss Jessie’s Soho salon. Members of The Fly Cut can buy half-off vouchers to the Miss Jessie’s salon’s new CurlBar for both curly and straight services. TFC will also offer a discounted gift certificate, valued at $100 that can be applied to any service at the salon. Sidenote – LOVE that it’s the Williams sisters, meeting the Branch sisters, and ALL doing it for themselves!

For now The Fly Cut is NYC based (including Harlem, Brooklyn and Queens) but there are plans for expansion to other cities. The plan is to expand to the Washington, D.C. metropolitan area by the end of summer 2012 followed by other major cities such as Houston, Atlanta and Chicago by Fall 2012. For right now you can like The Fly Cut on Facebook and follow on Twitter, and visit www.theflycut.com to sign up.

What do you think of the concept, bellas? Will this get you to try a new salon? I haven’t been to a salon in a while!