If you don’t know the name Beres instantly – much less the man’s first and last name – this story won’t mean much to you. If you’re unfamiliar with Beres Hammond, let me put it into context. That’s like me posting about meeting Al Green, or Ronald Isley, or dare I say, Stevie Wonder. Beres Hammond is a living legend, one of the few Jamaican singers and songwriters remaining who cut their teeth in the Seventies and grew to dominance in the Eighties. He is one of few who carries on the conscious reggae torch of men like Bob Marley, Dennis Brown, Peter Tosh, Jacob Miller, Gregory Isaacs and Garnett Silk. In terms of longstanding, internationally respected, hit-making, continually relevant artists who have bridged both reggae and dancehall music, I’d say that there is Beres Hammond, and Barrington Levy.

My fellow reggae fanatics can feel free to add to the list or tell me which artist I should have compared Beres to…but you know what I mean. I GREW UP on this man’s music. I can’t tell you how many days of my life a Beres Hammond tune was blaring from our car stereo, the house stereo, speakers posted around downtown Port of Spain…Beres Hammond’s music provides the soundtrack for much of Caribbean life. And so last week Wednesday when I had the opportunity to MEET Beres Hammond and then hear him sing more of his hits than I can count, I absolutely jumped at the chance. And boy oh boy did Beres DELIVER. 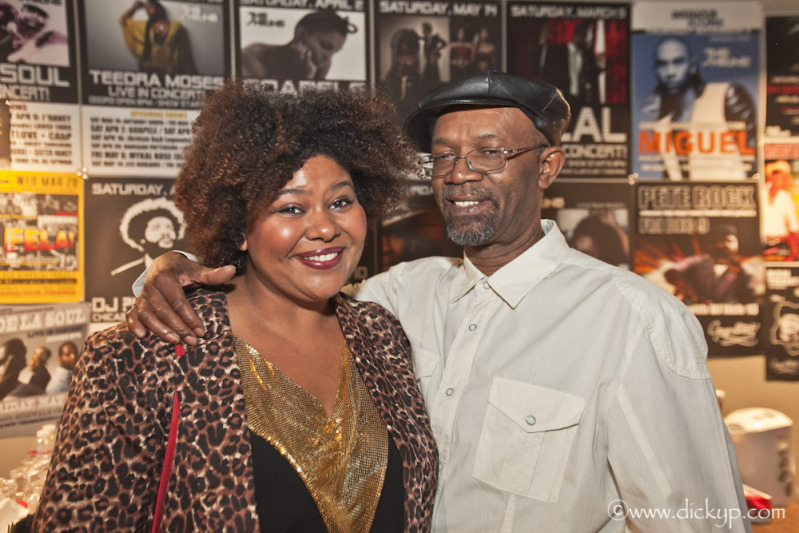 You see me? I’m so happy, I’m glistening! Big respect and appreciation to Jada Russell of High Style Marketing and the good folks at The Shrine for this monumental opportunity! And thanks to Dicky P for the INCREDIBLE photos of my moment meeting Beres! 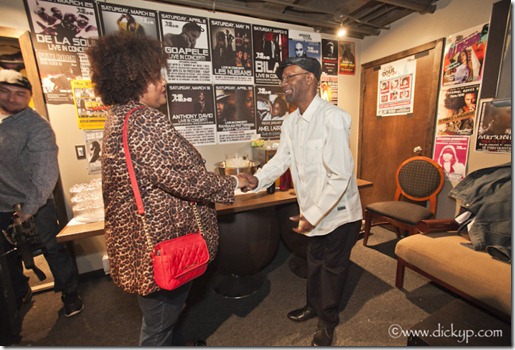 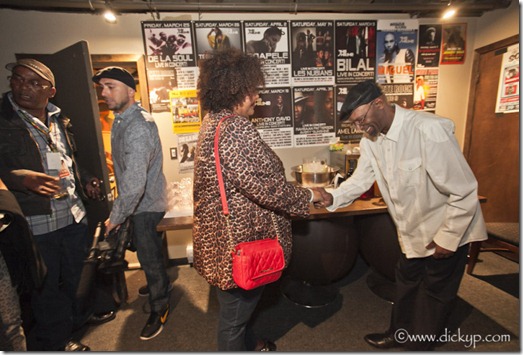 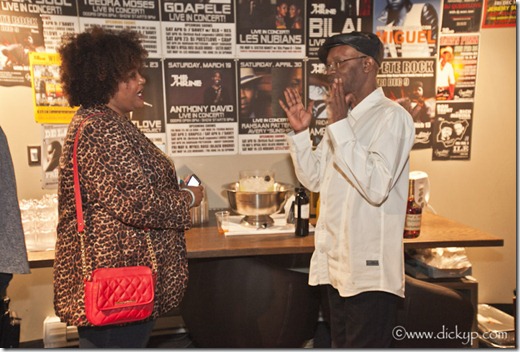 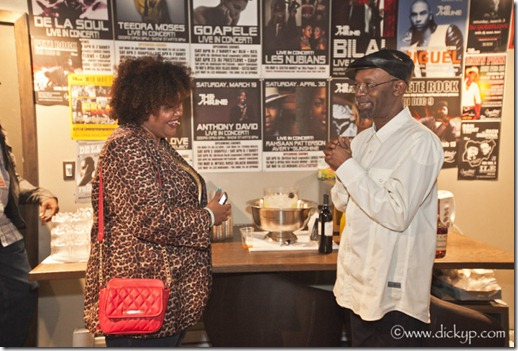 What was meeting Beres Hammond like? It was an honorable, amazing experience – our meeting was incredibly brief but he was SUCH a gentleman. He has slender, cool, dry hands (as compared with my hands which are chubby, usually sweaty, unusually little baby sized hands). He appreciated that I was from Trinidad and grew up on his music. He loved my hair and the name of my blog. “Afrobella. What’s that all about?” he asked me. I said “It’s all about black beauty!” And Beres said “Ah, yes – I see that!”

It was a whirlwind meeting and I actually was incredibly nervous, but he was charming and warm. 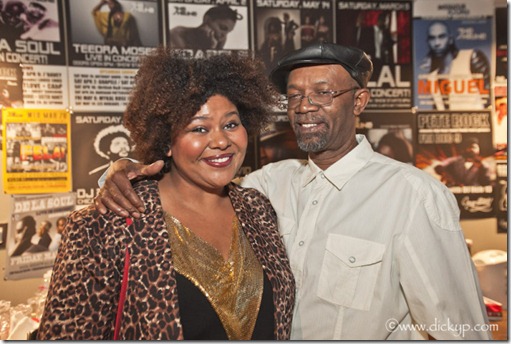 And then it was SHOWTIME.

I wish I had the presence of mind to try to write down a set list of some kind, or at least note which songs came in which order as the show started…but I got TOTALLY swept up in the show. Beres Hammond is a whirlwind of energy. In the two hours plus that he jammed at The Shrine, his energy never flagged and his legendary, soulful voice never wavered.  The crowd – mostly women, almost all of whom were dancing with complete abandon and singing every word at top volume – ATE IT UP.

Many of Beres Hammond’s biggest hits were duets with Buju Banton, and seeing as Buju is unavailable for performances for the foreseeable future, I was curious as to how they would handle it. Beres Hammond tours with three INCREDIBLE, beautiful back up singers who can harmonize like nobody’s business, and during Falling In Love All Over Again, one of the back up singers played the part of Buju and chanted in a gruff voice. It was a sweet tribute to the man who partnered with Beres time and time again (and who fans sincerely hope will re-emerge and do more of those sweet dancehall duets).

What hits did Beres do? A better question might be which hits didn’t he do – I am pretty sure he did every last song off Can’t Stop a Man, his Best Of album. Tempted to Touch, Can’t Stop a Man, I Could Beat Myself, Queen & Lady, Pull It Up…all the biggest sing along hits come back to mind. During the show Beres performed medleys of many of his hit songs so at points it felt impossible to count HOW many songs he’d actually performed. MANY. It was SO worth it.

(YouTube channel Raspect1 uploaded LOTS of the goodness I witnessed, check em out!)

Beres went on performing late into the night – too late for a school night, perhaps? Many people trickled out around 1:30, 2 am there…leaving the crooning reggae superstar on stage, still performing for sweat drenched, satisfied fans.

Beres Hammond will be BACK in Chicago for the Festival Of Life on July 4. If you’re a fan, DON’T MISS IT. And for even MORE amazing upcoming reggae acts, definitely check out The Shrine or follow @TheShrineChi – they’re stepping up the game in Chicago and I couldn’t be happier about THAT!

« A Few Of Our Favorite Drugstore Makeup Wipes
My Style Icon — Iris Apfel, A Fabulous and Rare Bird »