For months now I’ve been peeping in the windows and wondering what the new Target at the corner of State Street and Madison would be like. I’ve been living in Chicago for a mere three years and didn’t have the privilege of knowing and loving the legendary, historic Louis Sullivan designed Carson Pirie Scott building from the inside out. All of my friends who have grown up here have such fond memories of it. And I hope to build new memories now that the building has finally been restored to its former glory and has reopened as the nation’s first City Target. And it is beautiful.

I got to go to the press preview and opening night party on Tuesday, and brought Chuckstr along with me to capture the magic. Let me tell you all about it! 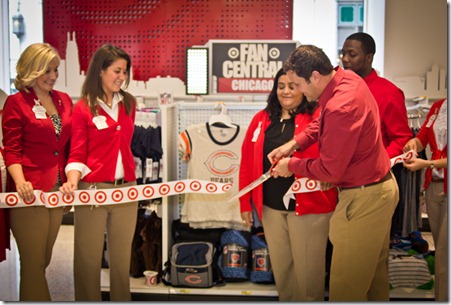 I got there just in time for the ribbon cutting. Exciting! That’s the new store manager, doing the honors. 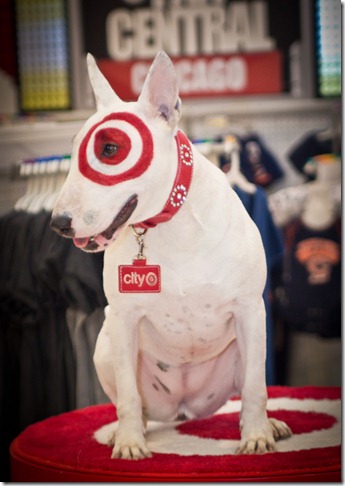 How ADORABLE is Bullseye? Such a sweet dog! I wonder how they get him to chill while they paint his eye area. 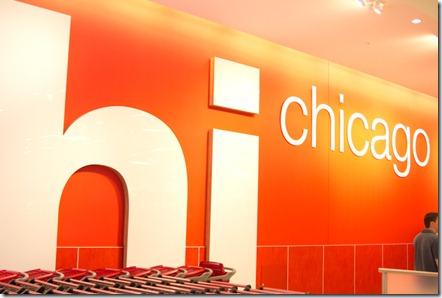 All throughout the store there are products from Chicago and shoutouts to the city, this being the biggest of them all! 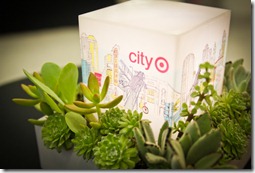 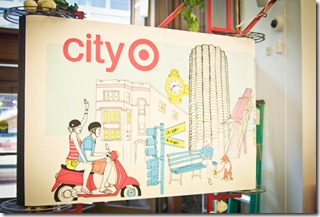 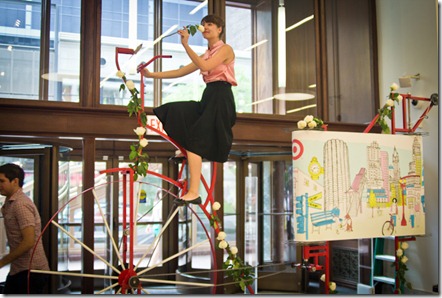 A round of applause to this young lady who rode that bicycle ALL DAY LONG. And smiled. And looked picture perfect. 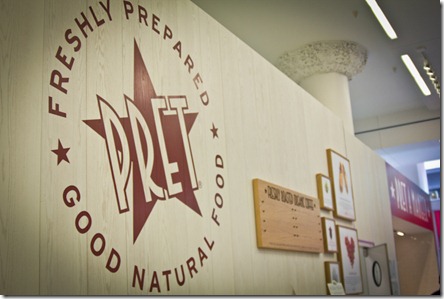 Super excited for Pret a Manger, which is really popular in other cities but is new to me! Everything looks fresh and delicious, and they donate their leftovers to charity at the end of the day which I think is awesome. 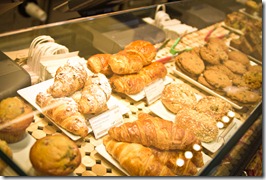 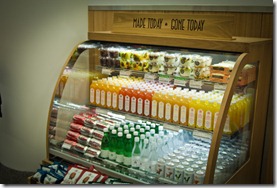 Upstairs, the clothing department is huge and impressive. The focus of City Target is truly on the urban shoppers and their specific needs. So you can run into City Target to get all your groceries, beer and wine, cosmetics and toiletries and stuff like that, but then there’s also a real focus on Target’s designer collaborations, stylish clothing and home accessories. The womenswear and menswear departments are big and cool. The kids’ departments are smaller than at Target stores in the suburbs. 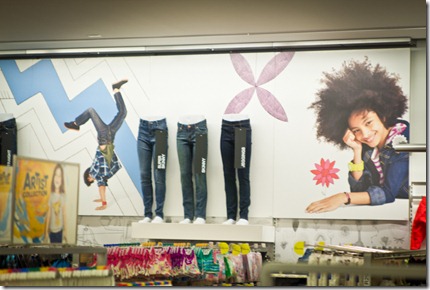 I loved the natural hair on this little girl on the big wall in the girl’s department! 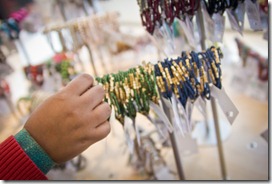 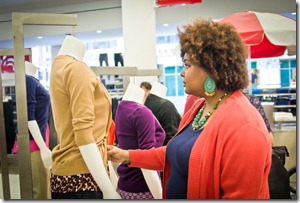 Things are laid out in a more stylish and accessible way at City Target – there are mannequins to display the clothing, and the jewelry is laid out for you to reach out and touch. There’s not like, a big wall o’ jewelry as in other Targets. I liked that. Made me want to shop. Totally going back for these leopard earrings I should’ve bought on the spot! 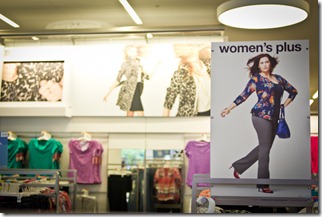 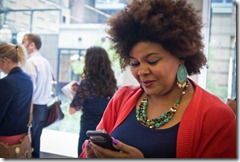 The women’s plus size department is NICE. Looks like a great selection. So you know I had to tweet about that!

I came back later that evening for the opening party, which was ALL about paying tribute to Chicago! 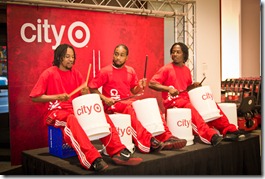 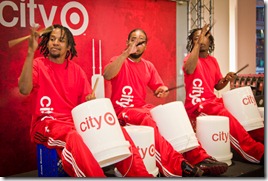 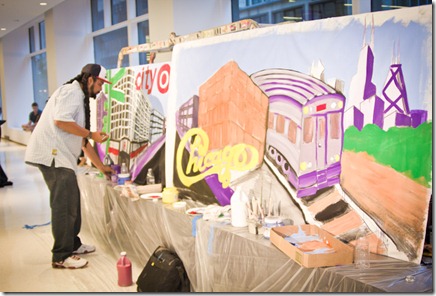 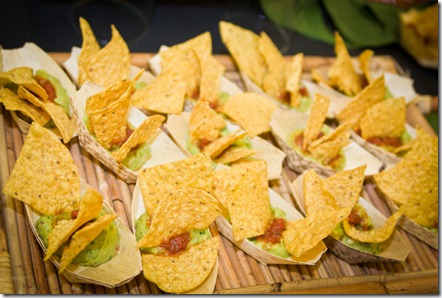 Food by Rick Bayless! All around the store, there were stations offering Chicago’s finest food items. Tacos and guac by Rick Bayless, hot dogs, deep dish pizza, Eli’s Cheesecake, Goose Island beer…very sweet home Chicago. And I was happy to see a few fabulous folks I knew at the event! 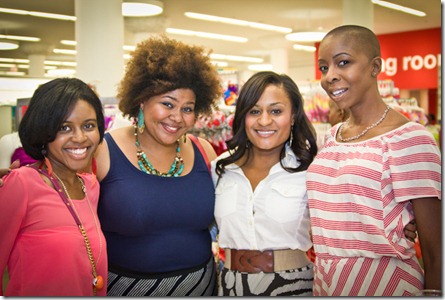 From left to right, Deedee The Sassy Peach, me, Ava who works with Target, and the gorgeous Tamika Nurse author of It Girl Rules. 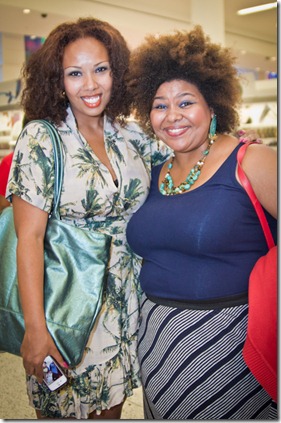 You know when you’ve been social media friends with someone forever but haven’t met them yet, so when you meet them it feels like you’ve known each other forever and a day already and there’s so much to talk about? That’s what happened when I finally met Jamilah Lemieux, AKA Sister Toldja, AKA The Beautiful Struggler, AKA editor of Ebony.com. We had so much to chat about and she’s just so awesome! So happy to finally meet in person! 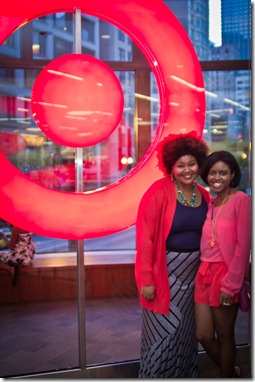 Me and Deedee in the rotunda. Can’t wait to visit City Target again as a shopper. SUCH a great addition to State Street. I feel really excited for my favorite part of downtown Chicago!

For LOTS more on the City Target opening, check out Racked Chicago.

Are you a Target shopper, like I am? Are you psyched for the new City Target, Chicago bellas? If you see me up in there shopping it up, don’t be surprised. I’m excited about it!

« Makeup Artist Maria Barreda On Making Your Makeup Last
Catching Up With Patra! The Queen Of The Pack is BACK »