Picture this. 1994. A young Afrobella is living in Trinidad, still in high school, and watching videos on BET and MTV every day. One day the video for Patra’s Romantic Call comes on the television. “My property is my property!” declares a stunningly beautiful black woman with thick braids sprouting from her head like a magnificent crown. 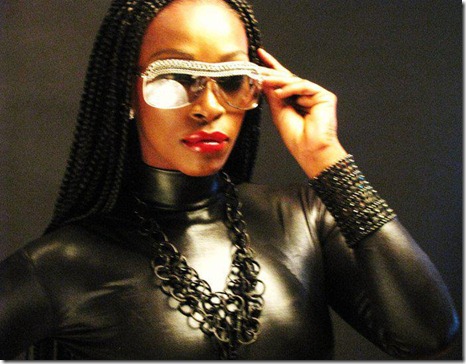 She’s almost too sexy for TV. Her dancing is more like the kind of thing I would have seen in the back of a Caribbean nightclub than on television. Picture Patra, wining and grinding in front of the kind of rundown, fretwork bedecked houses I knew too well from my own island upbringing. Patra and YoYo chatting unabashedly about what they wanted from a man…and is that TUPAC in the back of the convertible with them? WOW.

Patra had it going ON. For a few years in the early 90’s she was arguably the most recognizable and public face of Caribbean womanhood in pop culture. She blazed the charts and made significant cameos in that golden era of hip hop and reggae crossovers. She had hit after hit in the early 90’s. Romantic Call. Pull Up To The Bumper (an homage to the original Jamaican crossover queen, Grace Jones). And then my two favorites.

Worker Man was BIG in the dance. BIG. It further established Patra as a sex symbol, and it was so suggestive that I didn’t dare turn it up to a loud volume when I listened to it when I was growing up. But I loved it still!

Queen Of The Pack was my FAVORITE Patra song and it showed a more empowering side of the dancehall diva.

Patra disappeared from the scene for more than a minute, but now the Queen of the Pack is back and she’s still “cute and sexy like that.” Patra’s got a new single, ‘Come Ova’ featuring Delus. She’s got a new independent label – her music is being released “in collaboration with LGN Entertainment, Veal-Steen Music Publishing’s parent company, and Patra’s label, +Plus Entertainment. Distribution of releases under the new partnership will be taken care of by IN grooves/Fontana, the largest U.S. indie distributor.”

When we talked on the phone, Patra was being shuttled around Florida. She had just done an interview on Fox, and was en route to a radio station when she caught up with me. Patra was so fun and bubbly and excited! It was a pleasure talking to her. I could totally feel her excitement.

I told Patra how much I loved her music and how taboo her lyrics were back in the day when I was a fan back home in Trinidad. She was delighted, and laughed. “I was like a teenager then myself!” It’s true – back when she was telling Mommy what she wanted to say to Bobby during her Romantic Call, Patra was young – (22, according to her Wikipedia page). In those days she made every girl in my high school want to rock braids – a look that’s totally back right now thanks to Beyonce and Solange Knowles.  It’s always been Patra’s signature. “I love braids. Braids make women beautiful. Always give respect to the motherland and the African women where the art comes from. I take great care of my braids. You have to treat it like your own hair. Wash it, condition it, hot water it, maintain it. “ When I tell her HOW many girls I knew who had Patra braids back in the day – and that people still call them Patra braids, she laughs. “I’m so happy…I love that. It’s good to have that natural look – everybody love my look. I am a black queen. An African queen. Everyone must know that!” 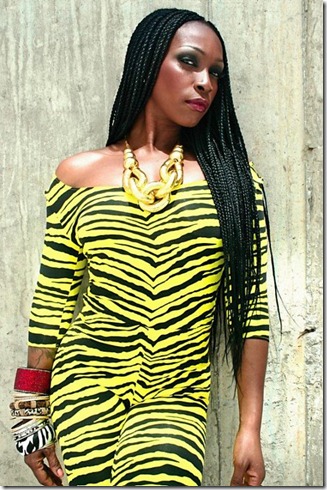 When I ask Patra the obvious question — where have you BEEN? she explains it was a management issue. “I was young. It’s a two way thing. I wanted to change management but I still appreciate what they did for me. All I was fighting for was to be in control. Now I have a new company. I walked away. Now I’ve gone to the right people… My dignity is more important than material things. My sanity is more important to me than devilish things. Yes. I might be sexy but I still have my spirituality.”

Patra remains as slender and as gorgeous as she was back in the day. I had to ask her about her beauty secrets, and her answer had nothing to do with products. “Everything is like a plant – once you water it and maintain it and care for it, it will grow and be beautiful. My beauty secret is nuff rest, nuff exercise, try not to have bad mind – a lot of people are corrupt in their thoughts. I say exercise, and keep your mind and your heart clean. It’s a spiritual thing. Beauty shines from the inside out. I don’t have any product I can recommend for that. Take care of yourself. Everything is within the mind. It’s from the inside out. It’s like sex appeal —  it has to be part of who you are and how you represent yourself. Put God first in anything you do. Don’t let the low self esteem come in.” 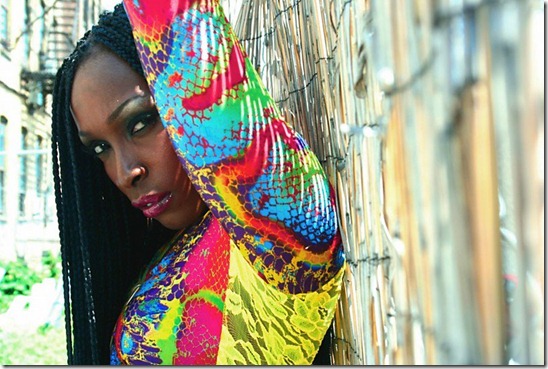 We discussed the current beauty trends in her industry –  in the world of popular culture now it seems to be about inflated assets by any means necessary, and in the dancehall community, there’s stories about skin bleaching. Patra stands against all of that. “It is low self esteem with many. As the Bible say, enter in at the narrow gate, broad is the gate that leads to destruction. I like to use my brain more. Before you gwan get surgery or injection on your body, go and do some step up lunges and squats! That’s what I do! Eat up banana and dumplin dem, and then go and run and get fit. Once it is real it is beautiful. Fake is never in style. It’s about being natural, being a real woman – sexiness and sensuality come from inside you.”

Now Patra is free to pursue new musical dreams and she’s going the indie route. “I’m the happiest person in the world now.” Patra also wants to encourage other artists who feel stifled by big label demands and pressure, to consider the indie route. “I love it. It’s a partnership. We have the same goals. There are so many different outlets now – Spotify, iTunes. All dem ting. It’s a new day. And my album will be the best to empower black woman. ‘Oman need to know to tun up demselves, respect yourself, LOVE yourself.”

Patra’s music is still sexy, but it’s toned down and matured appropriately, she says. “Now I keep the batty draws in the drawer. I don’t need to expose anything but my talent. I have more values than all of that. I don’t have to worry. I am a true island girl. I’m spiritual and low maintenance. It’s important to be more spiritual and focused in your business.” 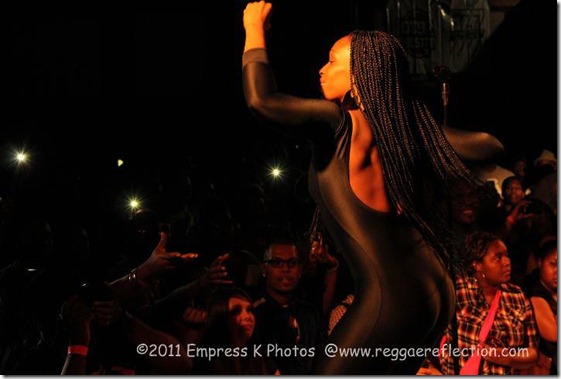 I mentioned it to her in passing throughout the conversation, but when I remind Patra I’m a Trini, she was too excited and it made our conversation flow that much more comfortably. She exclaimed “Patra love de Trinis dem! Big up Trinidad! I have a Trini on my team. And I did a song with Swappi, look for dat!”

In the 90’s, Patra rolled with the biggest stars of the era. Besides riding with ‘Pac in her own video, Patra cameoed in Biggie’s video for One More Chance. Patra loved being a part of that golden era of hip hop. “Oh my God, it was amazing. Tupac and Biggie were my good friends in the game and they’re both gone. I miss them.” She also knows that what made her a success back then will ensure her continued success in the game today. “I always stuck to my roots. I never go in and try to sell out. I’m still old school and for me it’s the same thing. Same Patra. I have to do a lot of collabs and the nice thing is going into these studios now….everybody know who Patra is.”

And the time couldn’t be more perfect for her. As we chat on the phone, I’m imagining her on a track with Nicki Minaj or Rihanna, or No Doubt – another band from that golden Nineties era that stuck to their roots and are still doing their thing.  But when I ask Patra who her dream collaboration is, she becomes coy. “Honestly because I’ve been away for so long there are so many offers coming in to consider. Once a collaboration can enhance what I am doing but as long as it isn’t too bubblegum or garbagey… Everything is on the table for discussion.” I’m excited to see what comes next, and Patra is super psyched for this new era of her career. “Yes the queen is back – there are lots of queens but there’s only one queen of the pack!”

Patra’s new album is scheduled for late September and her video for Come Ova will debut soon – I’ll be sure to share it with you! Right now Come Ova is available on Spotify and iTunes.