The Academy Awards will take place on February 24th, and yours truly won’t be on the red carpet this year, but I sure will be glued to my TV screen! I’m a longtime Oscar junkie. I love seeing the stars walk the red carpet – what they wear, who they’re with, the hair, the nails, the makeup! I love the pageantry of the ceremony. I love seeing who wins (even if I haven’t seen all the films yet). And this year, the Oscars will be even more special, because one of the nominees is there to make history. 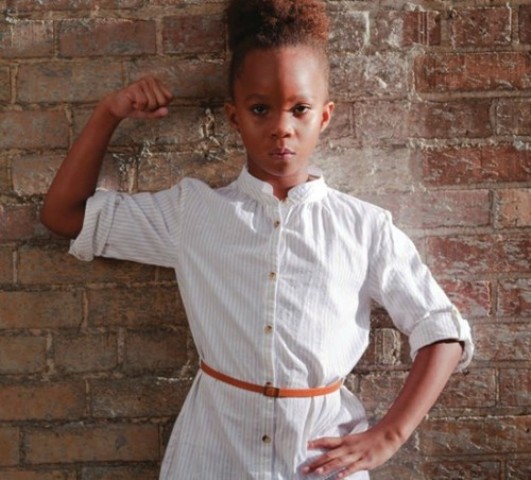 If you’ve seen Quvenzhané in interviews then you already know she is all sass and smarts. She’s a super sweet, cute kid with talent that belies her years.

– The pride she has in her name. Wait, how do you say it?

She is the daughter of Qulyndreia, a teacher, and Venjie Wallis, Sr., a truck driver. The first part of her name combines her parents’ first names. And her mom says zhané means “fairy” in Swahili. Quvenzhané. Try it. Let it roll off the tongue. It’s a beautiful, unique name.

– The fact that her talent made her shine. Quvenzhané auditioned amidst a crowd of 4000 other kids, and won because of her moxie. She speaks about how she endured the rigors of the swampland film set in this charming interview with Time.com. (via Shadow and Act)

– This photo from the Academy Awards Nominees luncheon. 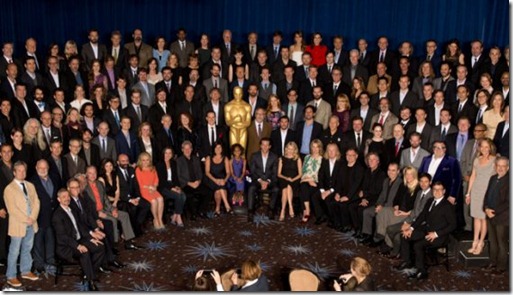 – This interview with Andre Leon Talley, my uncle in the head who reportedly is leaving Vogue to have his own talk show!

– The history she’s making at the Academy Awards. This year the Best Actress category features the oldest ever actress – Emmanuelle Riva, 85, in Amour is up against 9 year old Quvenzhane. They’re up against Naomi Watts for The Impossible, Jessica Chastain for Zero Dark Thirty and Jennifer Lawrence for Silver Linings Playbook.

– This cover of Entertainment Weekly 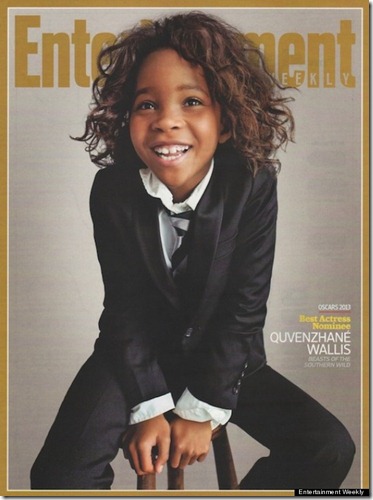 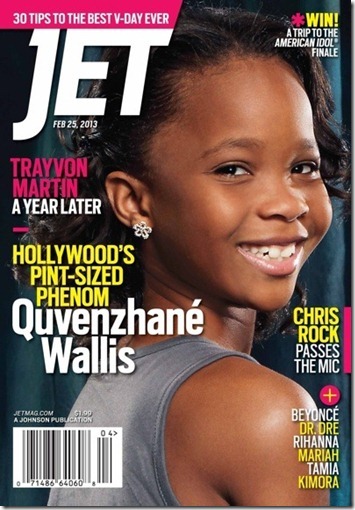 – The films she’s appearing in next. Quvenzhane’s in talks for an updated remake of Annie, she’s in a short film called Boneshaker, and her next feature film will be 12 Years a Slave, which is directed by Steve McQueen and will star Chiwetel Ejiofor, Michael Fassbender, and Brad Pitt.

– Her answers in this interview, which are priceless. In 20 years, she says she wants to be a dentist! 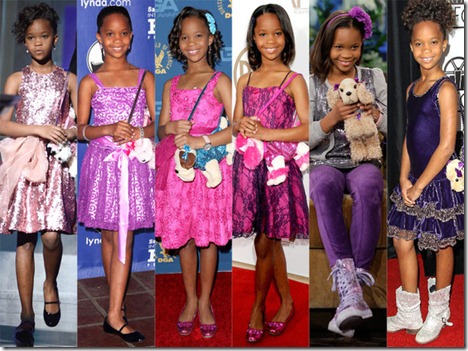 Some are saying she’s too young for all of this, but her talent shines bright and she is part of a long history of children nominated for Academy Awards, so methinks this debate comes several decades too late. And I’m not worried about her becoming a victim of the industry — her mom’s attitude at the end of this interview, “we just stumbled upon the industry with the blessing that’s been given us…All this is nice, but we have to stay focused on reality.” That’s refreshing and necessary in the environment she’s been thrust into.

I am happy for Quevenzhane and her family, and I can’t wait to see her on the red carpet and at the awards on February 24th. I hope she rocks a super cute puppy purse and if she wins, I hope she does a victory dance afterwards. 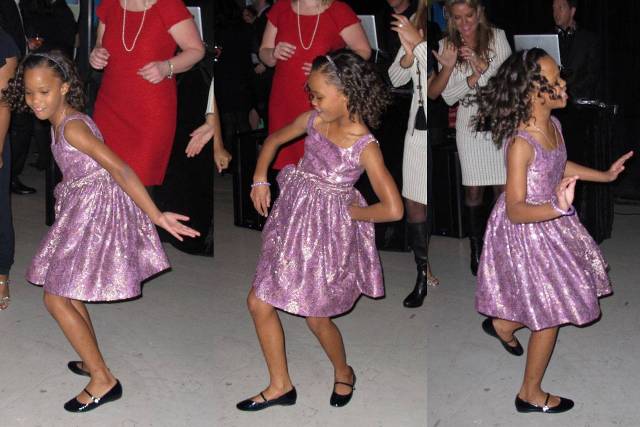 Will you be watching the Oscars next Sunday?

« 5 Hair Blogger Falsehoods, Debunked by a Professional Cosmetologist
Red Carpet Fabulous With the Glam Beauty Board »