Crass, contrived humor and misogyny aside – the 2013 Academy Awards did have its entertaining moments. I’ve been watching the Oscars every year since when I was little – and I’m old enough to remember being thoroughly confused by that Rob Lowe/Snow White moment in 1989. A few moments of this year’s ceremony reminded me of that. The We Saw Your Boobs song was excruciating to me (even before I realized how many of those scenes he’d referred to were awful rape scenes from those movies). I started to feel genuine dismay at the direction of this year’s Oscars as soon as it began. But then came those moments of redemption. Performances and tributes that reminded me once again, THIS is why you watch. Let me share my 5 favorite moments with you! 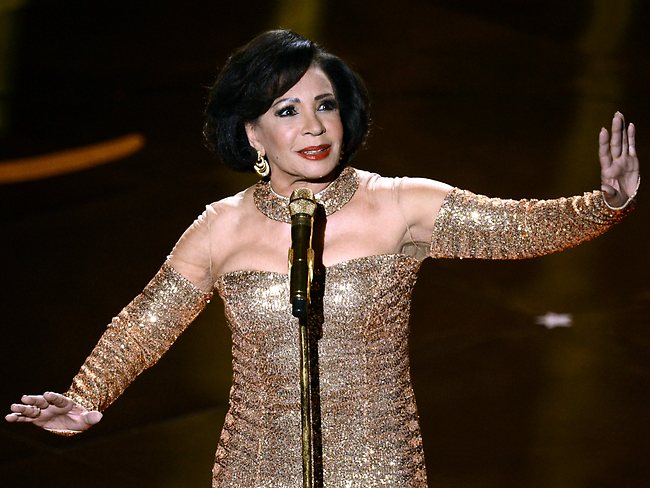 Does the woman age? Shirley Bassey looks absolutely flawless. And take into consideration that she was born in 1937. Let that marinate. I need ALL her beauty secrets! Her skin and her physique remain as gorgeous as ever, and that voice in undeniable! GOLDFINGAAAA for the win! 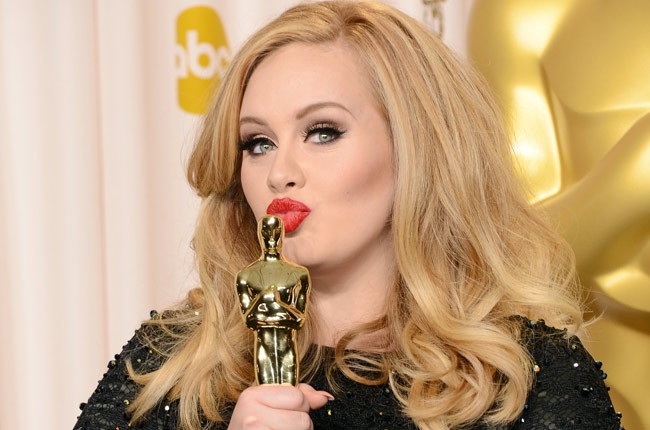 That voice, those lashes, that red lip. Adele came to the Academy Awards to make an impression, and she did! She breathed life into Skyfall. Also how AWESOME would this have been? 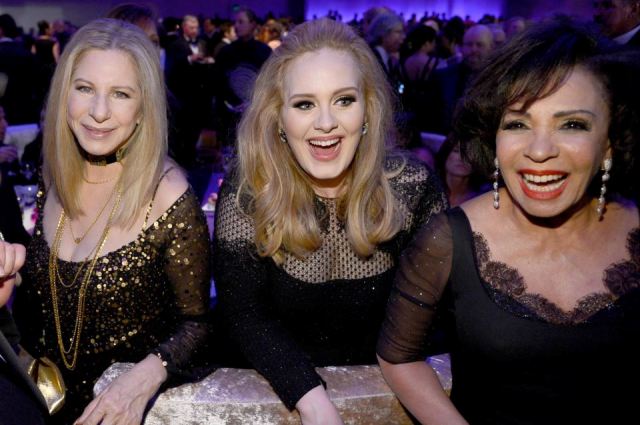 Adele, Barbra and Shirley just hanging out at the Governor’s Ball, having just killed it at the Oscars. Amazing!

Why do I like her so much? There is something absolutely refreshing about her attitude to the entertainment industry, her craft, and all of the pomp and circumstance around her. She seems genuine and likable. Like an edgier Sandra Bullock. I thought her fall was graceful and adorable, and I LOVED her dress.

– The tribute to Chicago, Dreamgirls, and Les Mis. 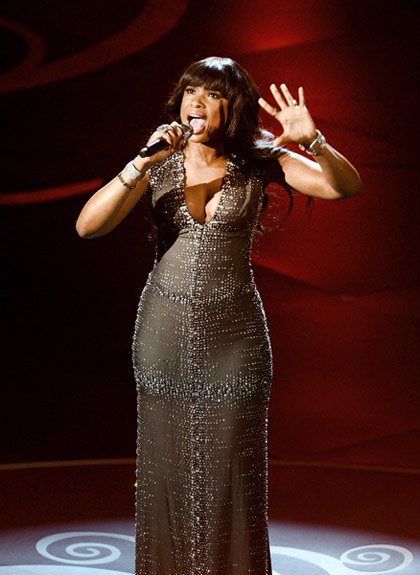 I was so delighted to see Catherine Zeta-Jones in character as Velma Kelly again, lip syncing All That Jazz for her life! And then Jennifer Hudson came out, looking like Deena but singing Effie’s anthem from Dreamgirls. I am not mad! She looks AMAZING, am I right? And sounded flawless. And the cast of Les Miserables was also wonderful. The music saved the Oscars for me this year. 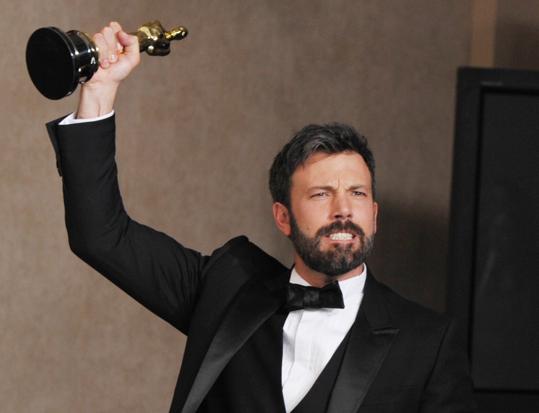 It’s so inspiring to watch someone’s career trajectory rise from afar, and to see the results of hard work. Work on his craft and work on his marriage – he was really genuine about that. It was heartfelt and awkward and moving and real. Ben Affleck ended his speech by saying “it doesn’t matter how you get knocked down in life because that’s going to happen. All that matters is you gotta get up.” That was resonant and a great last note to end the Oscars on. Now I REALLY need to see Argo. Finally.

And it’s taken me just as long to write about the Oscars as it did to watch them! Jeez. What was your favorite part of this year’s Oscars?

Vernetta R. Freeney says:
And these were the genuine highlights of the show. I did like Les Mes number as well.

bella says:
I didn't see the movie or the play, but I thought what I saw and heard on Sunday was lovely!

pets says:
Yes I also agree with your choices. Argo was good - saw that and Skyfall. I have to see Les Miserables - read it in school ages ago. Dame Bassey reminds me of Ma. Next year the producers and main Oscar production team should be all female & I am sure they will do 100% great without having to resort to sexism etc!

milaxx says:
I liked The Grand Dames; Dame Shirley Bassey, Adele & Babs, but I could have lived without the other musical numbers. In a show notorious for bloat, why give time to songs from 10 years ago? Le Mis was okay, but if you really want to be wow'd google the 10th anniversary special and hear how it's supposed to be sung. For me only Anne Hathway and Samantha Barks had the chops to sing that. The rest were okay and Russel Crowe was awful. I know many people dislike Ricky Gervais when he hosts the Golden Globes, but I like Ricky and at least he pokes fun at the absurdities of Hollywood. Seth was racist, homophobic, misogynist and just plain nasty & unfunny. Never have him back. Also Kristin Chenowith's fabulous voice was wasted singing with him. I loved her since I saw her on Broadway in Wicked and she deserves better as well.

susan says:
perhaps they know about this beauty secret: The Prolastil E-50 eye serum and skin cream is featured in this month's (March) issue of More Magazine, with comments from the prestigious Mamie's Skin Care Center, Manhattan, New York City. As one of More Magazine's top 5 featured facialists, Ms. McDonald states on page 54, under "Best Eye Cream For All Colors", "Prolastil E-50 Eye Serum is a high-potency cream specially formulated for the thin, sensitive skin around the eyes." Prolastil E-50 is carried by many leading skin care physicians and clinics. It is also available online.

Angela says:
I think you got the best parts down! I've been kinda sleeping on Adele, but I'm definitely downloading "Skyfall". And Dame Bassey: WOW!

cheap nike air max shoes. says:
My family members every time say that I am wasting my time here at net, except I know I am getting knowledge all the time by reading thes fastidious content.