After Lupita Nyong’o burst onto the scene during awards season — stealing our hearts with her beauty and bubbly personality and making us swoon with her fashion sense – her fans became invested and truly, passionately outspoken. Lupita’s feature of her lipgloss during the Academy Awards caused the product to sell out immediately. Fans were inspired to create artistic images inspired by Lupita. There were two different Twitter hashtag campaigns for Lupita to get cosmetics contracts, one a push towards the department store, the other a push towards the drugstore. That speaks to the power of Lupita Nyong’o. So many of us can look to her and see a reflection of ourselves that’s been missing from the beauty landscape. So many of us want to see that reflection EVERYWHERE. We are READY!

Lupita was everywhere for a moment there. And then she quietly stepped out of the spotlight’s harsh glare to recuperate and enjoy the layers of her new life. Lupita’s absence led to media questions and speculations (what is she up to? What will her future hold?) and now we all know. We had absolutely nothing to worry about this whole time. Behind the scenes, Lupita has been making the choices that feel right for HER. 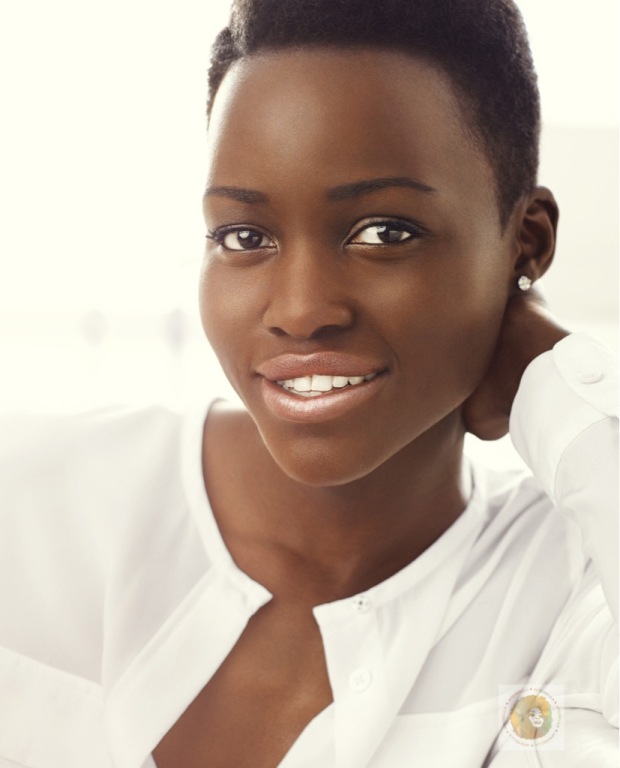 BREAKING NEWS – Lupita Nyong’o is the new ambassadress for Lancôme!

Via my friends at Lancôme:

With her instinctive and sophisticated talent and one of a kind beauty, both delicate and exuding strength, 31-year-old Lupita Nyong’o has taken the world by storm. She received an Academy Award® in the category of “Best Supporting Actress” for her moving portrayal of Patsey in Steve McQueen’s acclaimed film 12 Years a Slave–making her the fourth Academy Award® winning Lancôme ambassadress. Her performance also won her many other prestigious awards worldwide, including the Screen Actors Guild® Award, the Independent Spirit Award, NAACP Award, as well as the 2013 Hollywood Film Awards’ “New Hollywood Award.”

Lupita Nyong’o, a recent graduate from the Yale School of Drama, has an eclectic artistic repertoire, having performed on stage as well as having directed the award-winning feature-length documentary, In My Genes, about the reality of living with albinism in Kenya. She was recently seen in the action thriller Non-Stop, opposite Liam Neeson and Julianne Moore. The Mexican-born, Kenyan actress is an outstanding example of a natural beauty. Confident and simply true to herself, she embraces life with freshness, citing happiness as the most attractive form of radiance.

“I am truly honored to join the Maison Lancôme, a brand with such a prestigious history that I have always loved. I am particularly proud to represent its unique vision for  women and the idea that beauty should not be dictated, but should instead be an expression of a woman’s freedom to be herself,” confided Lupita Nyong’o. Joining Julia Roberts, Kate Winslet, Penélope Cruz, and the recently appointed young actress Lily Collins, Lupita Nyong’o will be seen this summer in campaigns shot by star photographers Mert Alas and Marcus Piggott.

“Both talented and committed, true to her African beauty, and showing a great curiosity and open-mindedness in her career choices, Lupita is by essence the Lancôme woman.” stated Françoise Lehmann, General Manager of Lancôme International. “A strikingly beautiful and intelligent woman, serenely but strongly living her life her own way, Lupita has this special kind of aura both enlightening and deep.”

Xavier Vey, President of Lancôme USA added, “Lupita’s authentic inner and outer beauty, her exquisite grace, and true confidence represent today’s modern woman.  Having Lupita as a Lancôme ambassadress will help support our mission in the U.S. market which is to speak to all women.  Her rising star status is like a blooming rose; she is elegant and has an undeniable brilliance.”

And there you have it, bellas. I’m super excited to see what this partnership will mean. Our Lupita is now the face of an internationally recognized, beloved French beauty brand. Her face will be in magazines and maybe even on billboards. I so sincerely hope that it doesn’t stop there. I hope Lupita is able to design a collection that enhances deeper skin tones, showcasing and expanding the range of Lancôme’s cosmetics and enhancing their reputation as a brand for ALL shades of beautiful.

I can’t wait to see what this brings. CONGRATULATIONS to Lupita and Lancôme!

To follow Lupita on Twitter, check out @Lupita_Nyongo and on Instagram @LupitaNyongo. Cannot wait to see what Lupita does next – her future is BRIGHT and I’m so excited for her!