“OMG, please tell me it’s not true,” she said. I glanced at my Facebook timeline and saw a headline about medical staff at Paisley Park. I instantly dismissed her concern. It couldn’t be true. No way.

“I don’t think it’s him,” I sent off. But then the buzz grew louder. The headlines started trickling in. The publicist offered confirmation. The thing we didn’t want to believe, was true. Prince died. Even typing that feels wrong now and it’s been days and he’s already been cremated. I still can’t quite believe it. I still don’t want to. Absorbing that we’re now in a Prince-less world has been challenging. Like Katy Perry tweeted, we lost a LOT of magic.

My phone started blowing up. People were tweeting me and tagging me on Instagram, because my love for Prince has been known for quite some time. Prince changed my life, he helped to shape my life. It’s taken me some time to adjust and to sift through the layers of memory and emotion. Here are my most memorable, chronological moments. 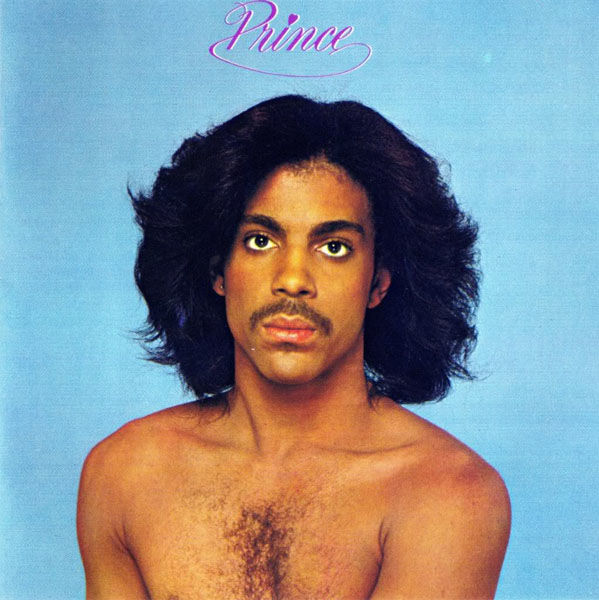 1. Just seeing this album cover for the first time is a clear memory in and of itself. I was just a little kid at a grown up’s birthday party, but I knew that that album at the front of the stack was something different and dangerous, and therefore it was irresistibly attractive. There was a man with hair as long as my mom’s, and he wasn’t wearing a shirt! And he was staring right at me! Of course I wanted to look at it and read the names of the songs. “I Wanna Be Your Lover.” “Sexy Dancer.” No, wait – I just wanted to look at it! Too late — the naughty album was whisked away to the back of the records, away from my childish grasp. The name on the front said Prince. Someone at the party put it on. “I Wanna Be Your Lover” was the first Prince song I ever heard, and that’s when the awareness began.

2. I first learned the word “controversy” from Prince. I remember having to ask what it meant. 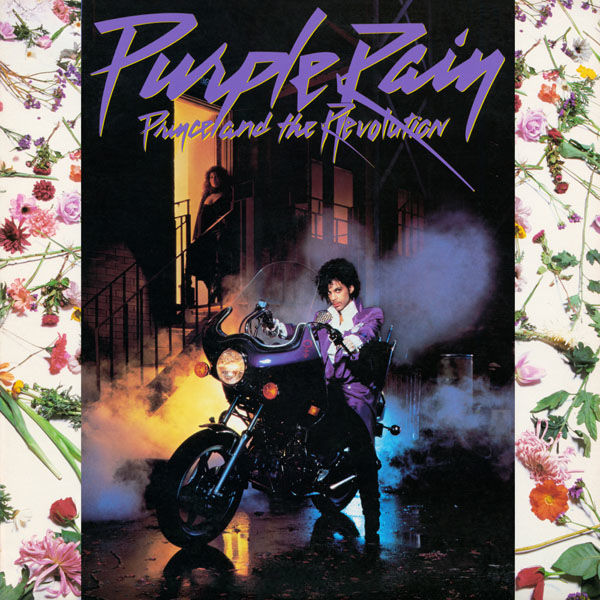 3. I was all of 5 years old when my oldest brother Clint brought Purple Rain home. By now I knew who Prince was, several of his songs were popular on the radio and America’s Top 10 with Casey Kasem had his videos in rotation. But having the Purple Rain album at home where I could gaze at it and listen to it unsupervised was a game changer. I knew how to put a record on without scratching it. Long before I was old enough to see and understand the movie, I was jamming to “Let’s Go Crazy” and “When Doves Cry.” I knew “Darling Nikki” was a song I wouldn’t be allowed to listen to because **sex** was in the first words…but that was my jam and still is to this day. That’s where the love affair began. It never ended. I can look back to this stage of my life and say, this is when I found my favorite color.

4. This right here changed the game for me.

I loved, loved, LOVED Vanity 6 and Nasty Girl. LOVED. Around this time, Prince’s music and influence was decidedly adult. The songs he produced for others were equally so, but delivered from the perspective of women who weren’t afraid to demand what they deserved and desired. Songs like Nasty Girl, Sugar Walls, and U Got The Look all gave me an awareness of what grown woman power could look like. That desire didn’t belong to men only. That women could know what they wanted, say how they wanted it, and could set the terms of engagement. Prince and The Revolution helped to demonstrate to me what “agency” was, long before the concept was taught. Prince surrounded himself with powerful, distinctive women and that made an impact on me and my slowly dawning self awareness. The talent, self assurance and brash, demanding, unabashed confidence of Vanity 6, Sheila E and Sheena Easton helped to shape my own sensibilities. 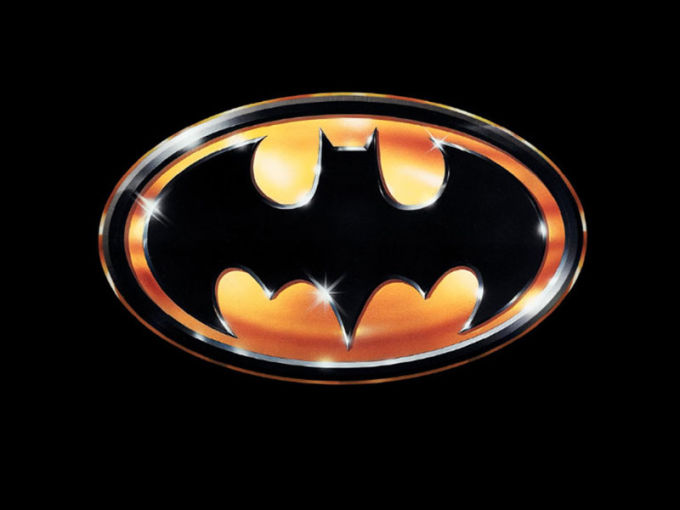 Batdance made a HUGE IMPACT in Trinidad. I remember going to see Batman in Globe Theater with my mom and dad — my mom didn’t go to the movies often so this definitely sticks out in my memory. Partyman and Batdance were in regular rotation on TV and I definitely remember a few of the dance groups on Party Time painting their faces like the Batdance video (Trinis of a certain age must remember this)!

6. The first album I bought myself on cassette was 1992’s album that came to be known as The Love Symbol.  I remember going to Token Records in West Mall like it was yesterday. 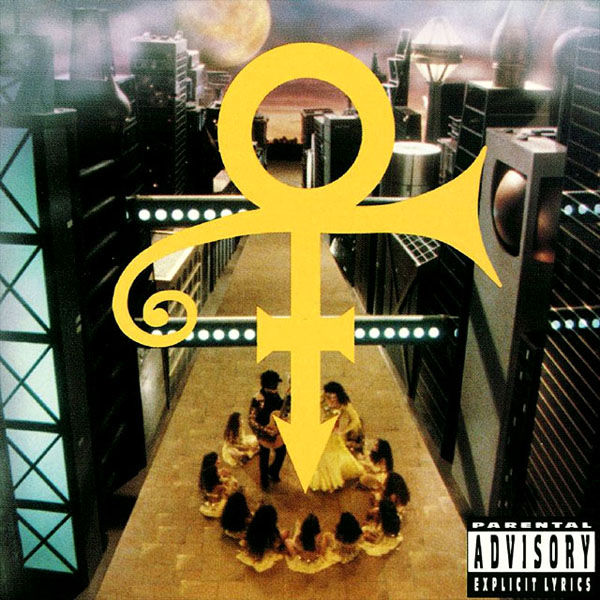 Back then there was a lot of confusion about what to call Prince and what his new name meant. I bought it because I loved Seven, a song that was getting radio play. But then I fell in love with Sexy M.F — a song that would never have gotten radio play back then. And that song remains a favorite! Right around that time, I started listening to music on headphones. Not a coincidence. 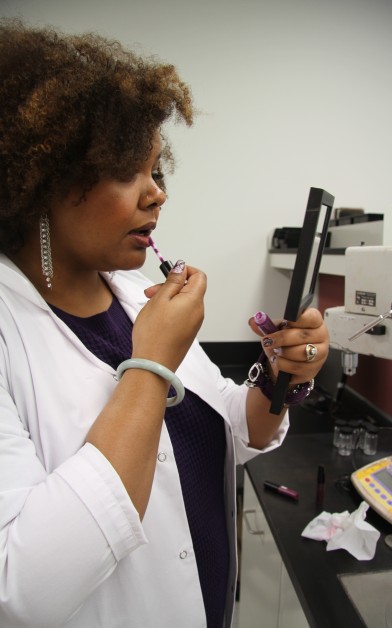 As I shared in this post from 2011: “Ever since I was a little girl, my favorite color has been purple. I never went through a pink, red, or blue phase. It was always definitively purple. When Prince’s Purple Rain came out I LOVED it (even though I was too young to get what Prince was talking about in his lyrics). I loved that Prince made my favorite color SO COOL. From that point on it was a love affair with anything purple and that love affair has lasted my whole life. When the time came for me to buy my first car, my husband had to convince me not to get a purple one.

When it came time to choose the name for my color, there was no doubt. The first line ofErotic City by Prince came immediately to mind. All Of My Purple Life. And I wanted it to be the perfect purple for ALL shades of beautiful.” ‘

What I didn’t know was, that color would go on to sell out repeatedly and there would be a petition calling for its return, and that when Prince passed his fans would wear my color in his honor, and reignite the call for it to come back. It made my heart so full.

Prince affected his fans in so many ways, and seeing the myriad memorials and celebrations of his life around the world provides so much proof and so much inspiration. This. This is what impact looks like, what influence looks like. This is how nurtured talent can feed the world. Thank you, Prince, for turning our world purple. Thank you for sharing your prolific gifts with the world. There will never, ever be another like you.