The sudden death of Amy Winehouse still remains such a study of conflict in my mind. It simultaneously seems like a long time ago, and like just yesterday. Although the news wasn’t altogether shocking, it was still so tragic and heartbreaking.

A posthumous album of previously unreleased Amy Winehouse tracks is about to be released — visit Soulbounce.com to read more about Lioness: Hidden Treasures. And with new music, comes a new video for an absolutely lovely Amy Winehouse cover. 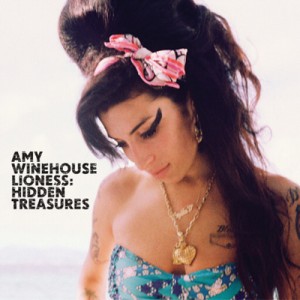 We miss you, Amy

Our Day Will Come has long been a personal anthem for me — according to Wikipedia it was composed by Bob Hilliard and Mort Garson and became a #1 hit for Ruby and the Romantics in 1963.

I think that version is beautiful, but I personally prefer the Supremes version where Mary Wilson sings lead.

Amy Winehouse’s version is reggae-tinged and I think the classic cover by The Heptones was her biggest influence. (Love the reggae version by The Slackers, too)

The video created to go with Amy Winehouse’s cover of Our Day Will Come is a collage of images and video of Amy at her most striking and iconic. We see her applying her beautiful cat’s eye makeup. We see her shimmying on stage. We see her glowing skin, sweet smile, and distinctive beauty as her look evolved from fresh-faced Frank to tattooed and glammed up Back to Black star. Coupled with the lyrics, the whole song feels even more poignant. And then at the end, there’s that aching sense of loss once again.

And it closes with a link to the Amy Winehouse Foundation, which supports charities that help, support, or cares for young people.

I’ll be buying Lioness, even though it’s just a little too sad to listen to sometimes. Click here to pre-order via the Amy Winehouse Foundation.

What do you think, bellas? Do you love this new Amy Winehouse video, or are you more sad than happy to see it?

Nikki says:
I am trying so hard to not break out into tears. I miss Amy. And still remember when she won the Grammy, the look of surprise, shock and happiness on her face. And yes, I'm buying Lioness as well. . *goes to listen to Amy Winehouse channel on Rhapsody*

CurvyCEO says:
The video makes me a little sad, but the tracklist for Lioness is amazing - http://soulbounce.com/soul/2011/10/amy_winehouses_hidden_treasures_to_be_released_this_december.php. Definitely going to pick it up.

Niki says:
Definitely sad! But I will pick up Lioness. That voice will never die!

Stephanie says:
Damn, just seeing her happy and smiling and enjoying life, this video definitely puts that ache back in my heart, it just bitter sweet, I was so hoping she had recorded some songs before her untimely passing but at the same time it just brings all the pain back and the what ifs back. I will most definitely purchase Lioness, she did a fantastic rendition of "Our Day Will Come", I have always loved that s song...RIP Amy.