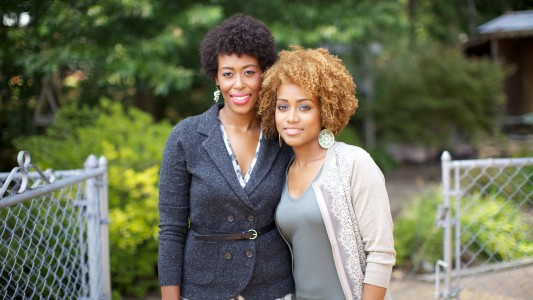 Toni Carey and Ashley Hicks are the humble yet excited, focused yet fun-loving women who’ve founded, what is now, a national movement called Black Girls RUN! They were honored when I contacted them about being featured as “Afrobella(s) of the Month” and I couldn’t help but to be excited to talk to two women I consider role models. They’re beautifully natural, love their communities and seem to glow (even through the phone). Their influence is greater than even they can imagine. I made sure Toni and Ashley knew that they weren’t just two ladies who started a blog. They are embraced as go-getters and advocates for the health of Black women.

How it all got started… 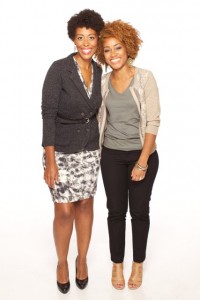 If you’ve ever heard any crazy myths about running or walking or exercising in general and what it may do to you, you probably won’t be surprised about what Toni Carey’s mother had to say when she told her she wanted to start running. After breaking up with a boyfriend and trying out vegetarianism for the first time, Toni wanted to really step things up and start running. And if you’re a runner, you know how excited you were to get your new shoes and your gear and just get out there to try it. Well, when Toni called her mother to tell her the news, she was met with skepticism and concern that her uterus would fall out and that Black women don’t run. Crazy right?

“After talking to my mother, I called Ashley and told her story about what my mother said and we were both like, ‘That’s crazy! Black women DO run!” Toni said. Ashley agreed and even started a Nike+ Virtual running group called Black Girls RUN! Both ladies thought it would only be right to start a blog to share their experiences with the sport and also bring awareness that yes, black girls DO run! Ashley couldn’t believe the response they started getting. “Honestly, even in the early days when still on Blogspot and it was really just this generic blog that we’d created, we’d look at emails and just be so happy! Like, “Oh my God, someone’s reading our blog!” 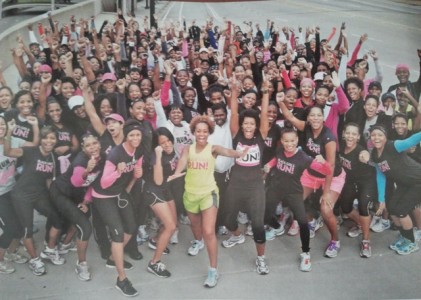 I can be honest in saying that before I really started diving into the world of distance running, most of the images I saw were of white people. With the exception of Kenyan runners who run and win marathons, most of the running world, to me, didn’t have a Black presence. Toni and Ashley’s vision has definitely changed that. More and more black women are lacing up their running shoes to get outside and hit the pavement thanks to Black Girls RUN! But Toni and Ashley still haven’t fully grasped the impact their website has made.

“I don’t think we fully understand what we’ve created and how much of an impact we’re making. I still feel like it’s our little pet project and that hopefully black women will run,” Toni says. But even in their humility, Toni and Ashley understand that it has been successful, but still can’t fully grasp how big it is. “The stories that people tell us about getting started with the group and their weight loss. People who’ve never run a day in their life are now running. I don’t think we’ve taken the time to really realize the impact and the scope of it. I’ll go through sometimes and look at the groups (on Facebook) and I’m like ‘wow, I didn’t realize we had this many people or like 12,000 likes on Facebook.’ The sheer numbers surprise me to this day.” (Picture above from the December issue of Runner’s World that featured BGR! in an article entitled “Why is Running So White?” )

Our Health, Our Hair

The stereotype around the fact that black women don’t work out because of their hair is definitely being broken down more and more everyday especially in the community Toni and Ashley have created through the Facebook groups. Ashley says “I think it’s a good time to because we’ve kind of created this forum where people have so many resources to draw. You can post to your individual group and get information on how people are caring for their hair while working out. And I don’t think that network has always been there.” Websites, blogs, YouTube videos, new products – all of these are more accessible to women and provide a wealth of information to those who need to figure out some ideas on what to do with their hair while they workout. Is our hair still a barrier to our health? “I think it’s still an issue, but the conversation around it is different. And I think that just starting the conversation has helped tremendously… the conversation is changing from ‘I can’t work out today, because I just got my hair done’ to ‘well let me figure out how to manage this.’” Toni says.

On Caring for their Own Tresses

We all have our favorite products, hairstyles and quirks about our own hair. Both ladies are natural and embrace their hair with grace. Ashley is a wash-n-go kind of girl whose favorite products are Carol’s Daughter Hair Milk, Hair Rules Curly Whip
and olive oil. “And it just got long enough that I can wear a ponytail, so I’m really excited about that.” Toni’s hair is extremely coarse and she is still trying to nail down her own hair regimen. “(laughing) I probably need to have a consultation with Afrobella after this.” Some of her favorite products are Giovanni’s 50/50 conditioner, Hair Rules Curly Whip, and she uses almond oil and water as a refresher.

Beginning a running routine can be scary, exciting, difficult and sometimes frustrating, so it’s important to try and start off on the right foot (see what I did there?). As women who’ve been running for a few years now, Toni and Ashley have been through it all and offer some great advice for newbies. Ashley says, “ I always tell people to first start with the Couch to 5K program. I think that is the best way to work your way into running. And then on top of doing the program, I tell everyone to go get fitted for running shoes.” Toni encourages beginners to make a commitment to what they want to do by even signing up for a race first. “Now, don’t make a half marathon or a marathon your first race, but start with a 5K and work your way up to a 10K and then maybe start looking at half marathons, but once you make that commitment and make up your mind to do it, it’s going to keep you on track.” 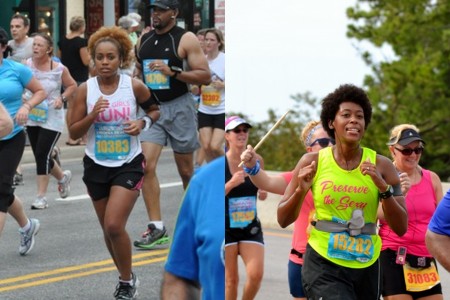 Motivation for Toni and Ashley isn’t just an attempt to show their huge following that they run on a daily basis, it’s a little deeper than that. For both ladies, motivation to run and stay active comes from a desire to better themselves and stay accountable. “Running is really a way for me to meditate and clear my mind, so that really helps motivate me when I have things to think through. I just go for a run or a walk, but really, running helps me do that,” Ashley says. I guess my motivation is when I’m running and eating right and stuff I feel like I’m at my best and I just hate not feeling that way. Because when you know what your best feels like, you always want to be there.” Both ladies are fully aware that they’ve got a nation of runners watching them, counting on them to stay just as committed to running as they are.

What’s next for Black Girls RUN!

Can this amazing organization get any better at rounding up women to take better care of their health? Toni certainly thinks that there is definitely room to grow. “Well we’re definitely going to add more groups, hopefully internationally, which is really exciting. Basically, getting out into the community because we’re sort of doing this at a bird’s eye view and we know that we can make a much larger impact if we were actually in the communities doing things. So hopefully that’s part of the plan. Our website is going to become much bigger and better as well.”
I have no doubt that the movement Toni and Ashley have created will grow and flourish in to something the running world cannot ignore. And as more black women realize how important it is to be active and live a healthy lifestyle, Toni, Ashley and Black Girls RUN! will be there to support those women through every step.

You can find BGR! running gear at their online store: blackgirlsrun.bigcartel.com. To find out if there’s a BGR! running group in your city, go to www.blackgirlsrun.com, and click on “Running Groups”. You can also follow BGR! on Twitter: @BlackGirlsRUN.