Sanaa Lathan is no ingenue. 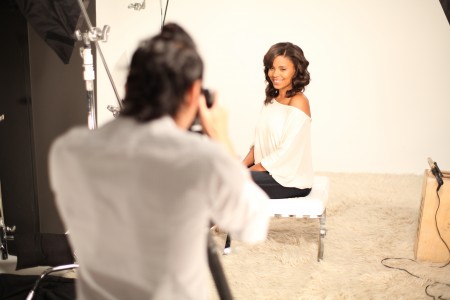 As the star of such films as Love and Basketball, The Wood, The Best Man, Brown Sugar, Out of Time and most recently, Stephen Soderbergh’s Contagion — she began her acting career at Yale, performing in Shakespearean plays while attending the Yale School of Drama. Sanaa has been in top level productions on every level of acting. She’s done stellar work on television — in the early 90’s she cut her teeth on episodes of Moesha, Family Matters, and NYPD Blue, and now she’s the voice of Donna on The Cleveland Show. Her film career made her a household name for young black women like myself, who were looking for beauty icons to admire and be inspired by. On stage Sanaa has won major accolades for her performance in The Vagina Monologues and she won a Tony nomination for her work on Broadway in A Raisin In the Sun alongside Audra McDonald, Phylicia Rashad — and yes, Sean Combs.

Sanaa Lathan is a grown woman, an accomplished actress, and an established force to be reckoned with in Hollywood.

Sanaa Lathan is talented, beautiful, and inspiring. And now she is the new spokesperson for Pantene Pro-V Nature Fusion! 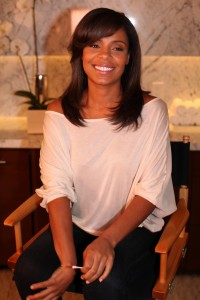 I interviewed the lovely actress about this new role that she describes as “a dream.” Listen in to hear Sanaa’s tips on keeping her natural hair safe despite Hollywood’s expectations, and her favorite products, tips, and recommendations when it comes to Pantene’s hair products!

In part 1, we discuss her favorite Pantene Pro-V Nature Fusion products, and her feelings on relaxed versus natural versus what I prefer to call “assisted hair” in her industry.

In part 2, we discuss her makeup and fragrance FAVES. Who knew Sanaa Lathan loved MAC’s Ruby Woo and Marc Jacobs Daisy perfume as much as I did??

Thanks to Pantene Pro-V Nature Fusion and to Sanaa for the opportunity! And THANKS to my new video editor Krystle of Kriss Did It for the AMAZING work!

Lance says:
Sanaa is just as beautiful as her name.

Candiew says:
Love Sanaa, she's just goregous. But she has been mislead, there is nothing natural about that line, I've just read the ingredients lists and it has the usual toxic subjects; sodium laureate sulfate, sodium benzoate, sodium chloride, methylchloroisotiazolimone, and other stuff you can't pronounce. But, it's Hollywood, I guess.

lyn says:
Sodium chloride is the chemical name for good old table salt. Just because a word is hard to pronounce doesn't mean it's toxic. But your point is well taken; lots of cosmetics do have potentially harmful ingredients.

SanTara says:
Pantene & Sanaa = winning combo. She is a beauty, articulate and very informative about the brand she represents. Great interview Patrice! You Rock Socks!! Krissle did an awesome job with the videos.

SanTara says:
My apologies, I meant Kriss. I was thinking Krystle as I typed.

Maven says:
Sanaa is forever gorgeous. It's nice to know what she uses.

Nic says:
Anything can be harmful if your body doesn't like it, and people can have nasty allergies to ingredients that come directly from nature. Plus some oils and other things are actually toxic, teratogenic, or abortifacient to EVERYONE, so don't convince yourself that everything plucked from nature is your enemy and everything made in a lab is your friend, plus as was pointed out, if you don't have any knowledge of chemistry, you'll assume that natural ingredients are man-made because you don't know their chemical name. Things are frequently made in labs b/c they are more chemically stable, don't cause reactions in people, mix better with other ingredients, give the consistency that we need, and a whole variety of reasons.

Jenissa says:
Awww! I adore Sanaa :) I didn't even realise she was natural....yaaay! As for the matter of natural ingredients, thanks to those of you who pointed out that a hard-to-pronounce name doesn't necessarily indicate a 'harmful' or unnatural ingredient, often it is simply the scientific name. However, it is important for us to continually educate ourselves about what's beneficial to our hair & wholistic health.

Tiffany says:
You have an excellent point. I am allergic to just about every tree, grass, and nut known to man, so using 100% natural products isn't always best for everyone. Natural products tend to break me out in hives & make my scalp feel like its on fire. I'm not willing to go through that, and get an infection just to prove to the natural product nazis I can hang.

Angie Baby says:
I totally love Sanaa. She is one of my favorite people to see on screen. I love the manner in which she carries herself. I love the work she does.

Glenda says:
You are beautiful,wow you look like a lady...the epidemy of beauty and grace.