The one thing I’ve been reluctant to do thus far has been television, and as I admitted recently, I realized I’ve been getting in my own way. I will admit, there’s something about the medium of TV that intimidates me. But tomorrow, I’m facing my fears and appearing on a live, Emmy Award nominated news program to discuss natural hair and black beauty. 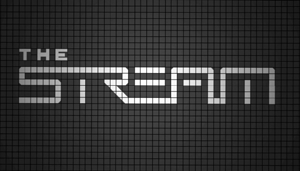 Bellas and fellas, I hope you watch me on The Stream, a very cool program on Al Jazeera English. The program will be recorded live in Washington DC at 3:30 p.m. ET (12:30 p.m. PT) on Monday, July 16 and you can click here to watch live when it airs!

I’m excited and honored. The Stream was just nominated for an Emmy for New Approached to News and Documentary Programming. It’s a truly interactive, modern day, social media savvy show. You can follow them and tweet me questions, post on their Facebook wall, and there’s people in a Google + hangout who will be participating live. And you can click here to record a video question that might air during the show!

Here’s hoping I do well on one of my first big TV appearances — wish me luck. Hope you watch!

« Nothing But Natural Beauty at the Essence Music Festival!
An Interview with Phylicia Rashad – On Theatre, Television and Twitter »