Just as with the weather, there are seasons in cinema. There’s awards show season in the fall and beginning of winter. There are the winter doldrums in January, where the terrible movies the studio wants everyone to forget about come to the theaters out of obligation (for example, Movie 43). There’s summer blockbuster season. And there’s spring, when fresh new interesting films can crop up amongst the big-budget superstar vehicles. 2013 is shaping up to be a great year for indie movies, documentaries, and diversity – there are some awesome movies on the horizon!

Let me tell you about the upcoming films I’m most excited about.You gotta see these trailers!

Free Angela And All Political Prisoners 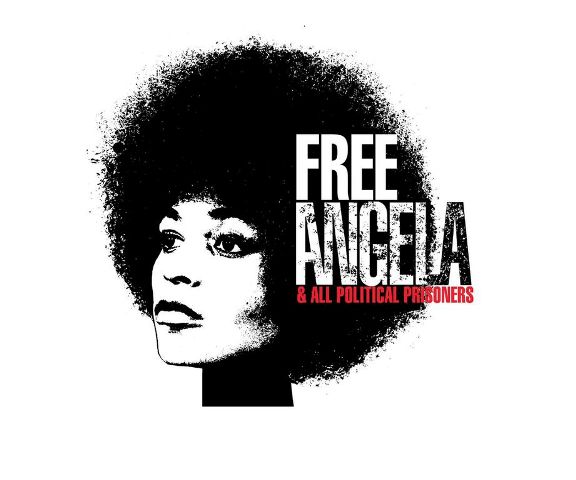 Activist and political icon Angela Davis means so much to so many, and finally her story has been brought to life and told in candid fashion by Angela herself, and the others who experienced the events that catapulted her into the international spotlight 40 years ago. And it’s produced by Overbrook Entertainment & Roc Nation. So ready for this to be on the big screen!

Stories like this need to be seen and supported, and as of right now it’s being screened in major cities – click here to see if it’ll be in your neck of the woods on April 5. If it’s not, you can bring it to your city via Tugg – click here for that. And click here to follow them on Facebook. 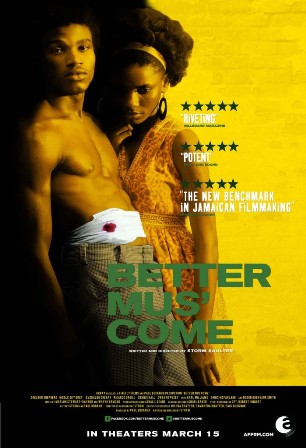 Caribbean movies have been getting better international exposure, and I LOVE that. Better Mus Come is set in a Jamaica rippling with violence, during the era of the Green Bay Killing – murders committed in Jamaica that changed society and impacted reggae music. (Reggae heads might know Glenroy Richards’ Wicked Can’t Run Away – he was one of the men killed. And this song spawned a popular and timeless riddim. The most well known song about it was by Kojak and I grew up hearing it on Trini radio often). Better Mus Come is a love story set amidst the poverty and gang violence that altered Jamaica in that era, and it’s beautifully captured despite the turmoil and sadness.

It’s been described as a new high point in Jamaican filmmaking. The film had a run in select theaters in March, but through Tugg you can bring it to your city. Click here to learn more. 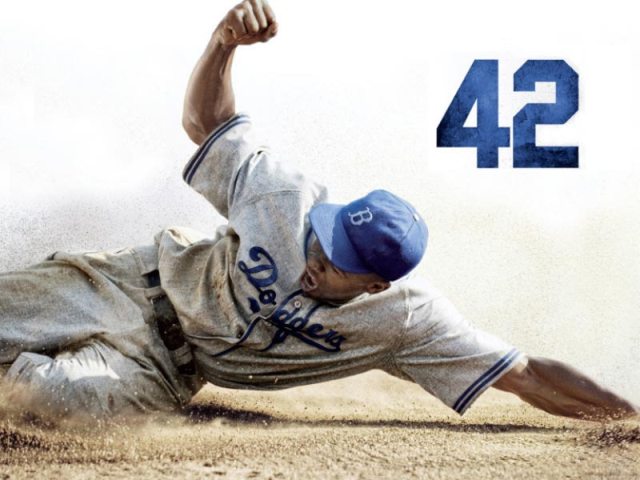 The life story of Jackie Robinson has been brought to the big screen in a big budget production, starring Chadwick Boseman as the legendary and groundbreaking baseball icon, and Harrison Ford as Brooklyn Dodgers GM Branch Rickey. The prejudice and passion that Jackie Robinson’s life, talent and career inspired makes this such an eminently cinematic story. I haven’t yet seen it, but 42 is the kind of film that I hope really does well at box office. More of our legends need to have their stories told.

I’m an unabashed Leonardo DiCaprio fan, and I have been ever since What’s Eating Gilbert Grape. I think he’s clearly got star quality but in addition to that, DiCaprio has an intellectual mind about the kind of projects he’s willing to pursue and makes really intriguing choices. I love an actor who keeps you guessing and challenges themselves to transform into different roles instead of just depending on looks and charisma. The Great Gatsby will definitely make glorious use of Leo’s looks and charisma, but F. Scott Fitzgerald’s timeless classic will also allow him to show depth and darkness. And that soundtrack? INSANITY.

Basically this movie has a date with my money. I’ve always been obsessed with the 1920’s in terms of beauty and fashion. And now here comes Baz Luhrmann of Moulin Rouge and Romeo and Juliet to hyper saturate and reimagine this beautiful era of style, and heighten it all by adapting one of literature’s most fascinating and enduring classics into his distinctive style. I am HERE for it. It opens May 10. 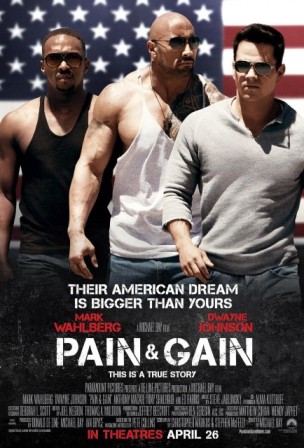 OK so I was recently forced to admit to my husband that I kinda sorta have a thing for The Rock (it’s OK. He’s got a thing for Beyoncé). That has nothing to do with my interest in seeing Pain and Gain. This new Michael Bay movie is based on a three part story that first ran in the newspaper I worked at, the Miami New Times. And look, this follow up on the true story and what happened to the characters was written by one of my best friends, Francisco Alvarado. This movie looks incredibly entertaining, and I can’t help but feel a little proud to know its history. And alright, the fact that Dwayne Johnson is the star doesn’t hurt at all.

Click to watch the restricted trailer and click to check out their FB page. It opens nationwide April 26. 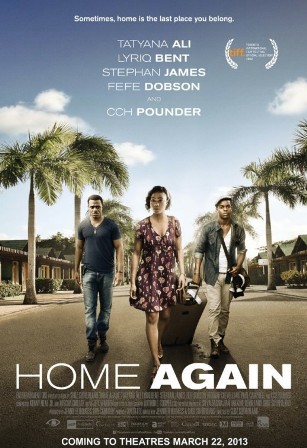 I have been curious about this film ever since I’d heard actresses Tatyana Ali, CCH Pounder and singer/actress Fefe Dobson went to Trinidad to film a movie about deportees. Home Again tells the all too real story of what happens to island people who find themselves deported back home into what’s become an unfamiliar culture. I’ve been wanting to see the film regardless, but then I found out my relative Mandisa Granderson is in it! Now I MUST see it!

Home Again just had screenings in Canada and is currently being screened in Trinidad. Check out their Facebook page for any upcoming international screening information.

Which movies are you excited for?