Get Stuck On The Black Pin Maker League

I first started noticing the enamel pin trend maybe 2 years ago, in and around Chicago’s bar and concert scene. Apparently even then I was on the late bus – according to this Vice article, the pin thing started to blow up online in like 2014. Tasha Burton got into the enamel pin collection as an early adopter and quickly realized what was missing from the scene.

I’ve known and admired Tasha as the creator of Belle Butters, one of my favorite indie bodycare brands. I got really excited when I realized she’d created a new concept, the Black Pin Maker League. 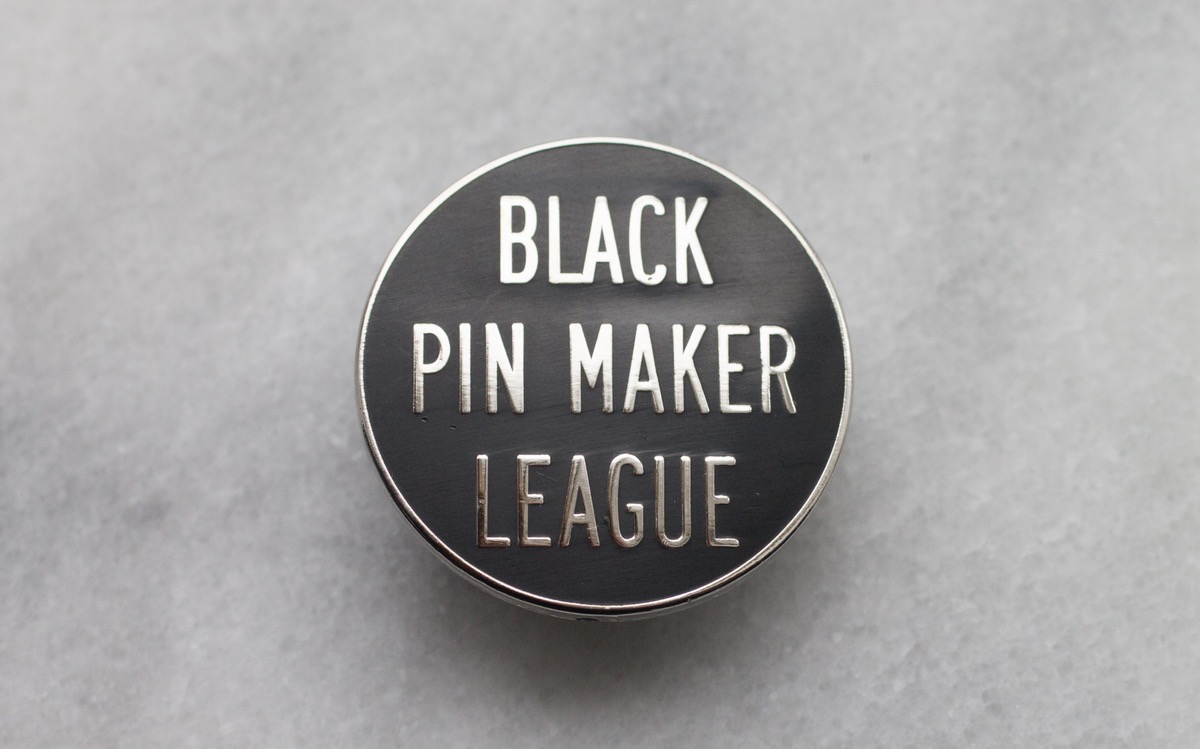 “I began my enamel lapel pin collection last year and quickly realized that there were very little black pin makers receiving exposure or promotion from some of the larger pin communities. Furthermore, I also realized that there were very few pins that referenced black people or if they did, the pop culture icon would be the wrong shade of brown or the pin would look nothing like them. I wanted a place where I could find all of the black pin and patch makers under “one roof” and the idea came to me in October.  I officially launched the page in November.” Via a super cute interview with Quirktastic, I learned this idea came to Tasha while visiting Chicago!

Since inception BPML has grown rapidly, featuring one to three new pin and patch makers each month. According to Tasha, initially there were about ten pin makers and now there are over 30. Tasha sells one pin of her own, the BPML Squad pin.

You can follow BPML here on Instagram  and there’s also a tumblr page which includes pin maker interviews, so you can discover where your fave pins are coming from. Right here right now, I’ll share with you some of the most distinctive all-star artists of the Black Pin Maker League, so you can enhance your collection and adorn your lapels and hats with style. 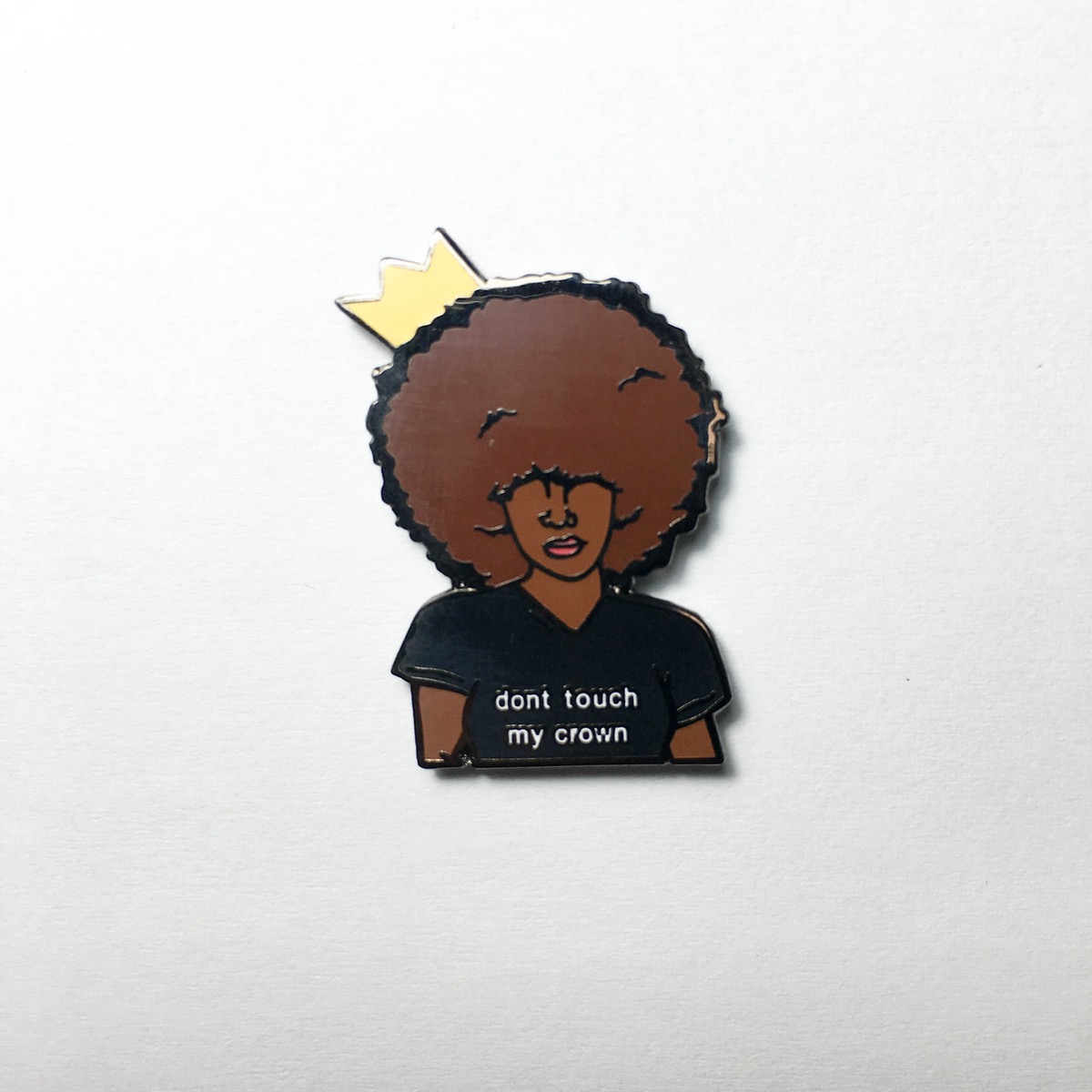 Standout pins include — The Melatone, Zaria and Don’t Touch My Crown Pins 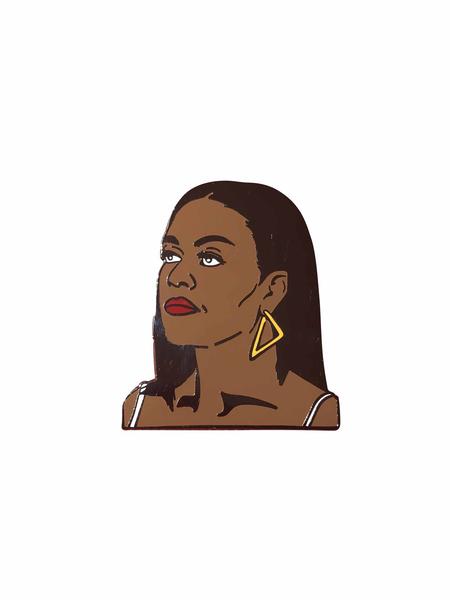 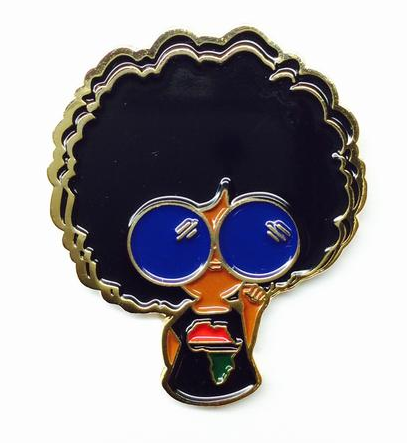 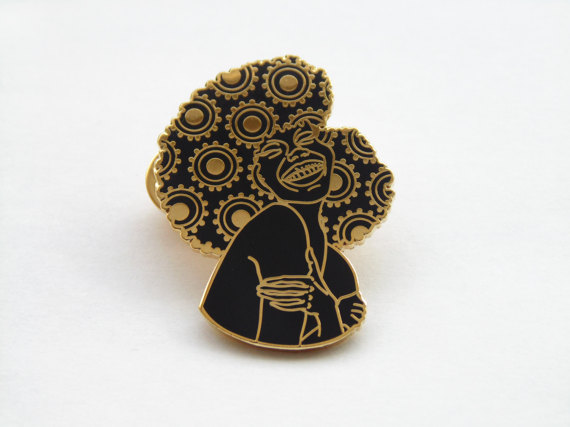 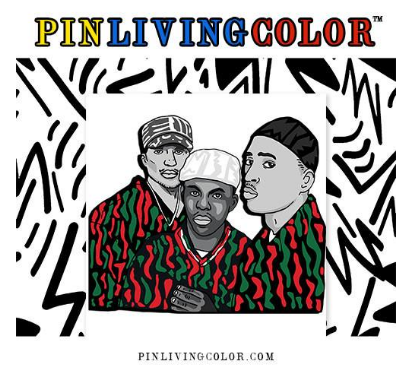 Standout pins include — ATCQ and Aaliyah pins
Adorned by Chi – 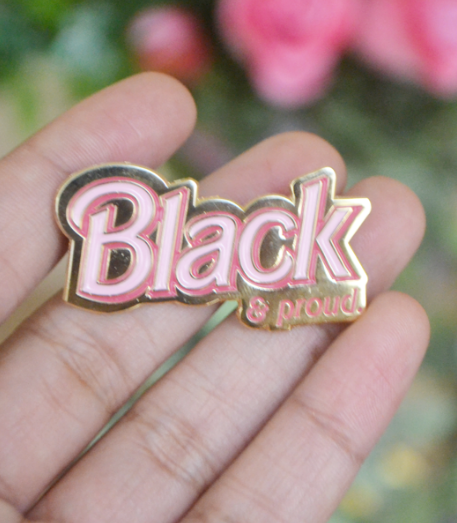 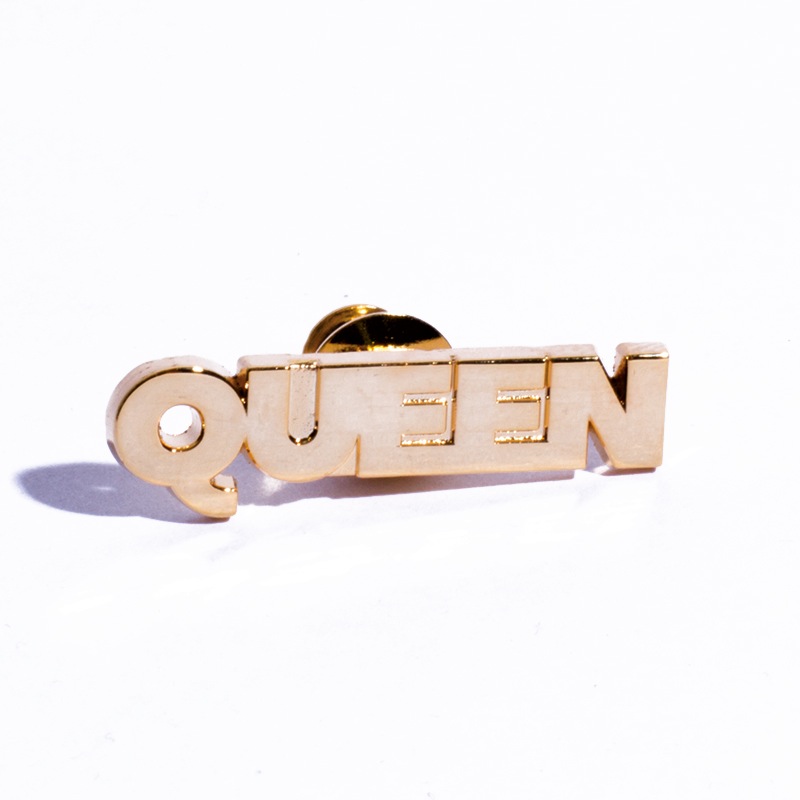 Standout pins include — King and Queen pins
The Pin Twins  – 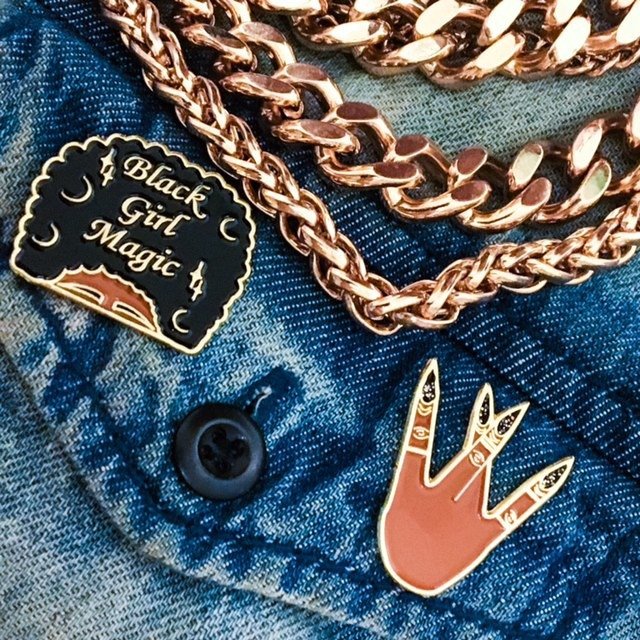 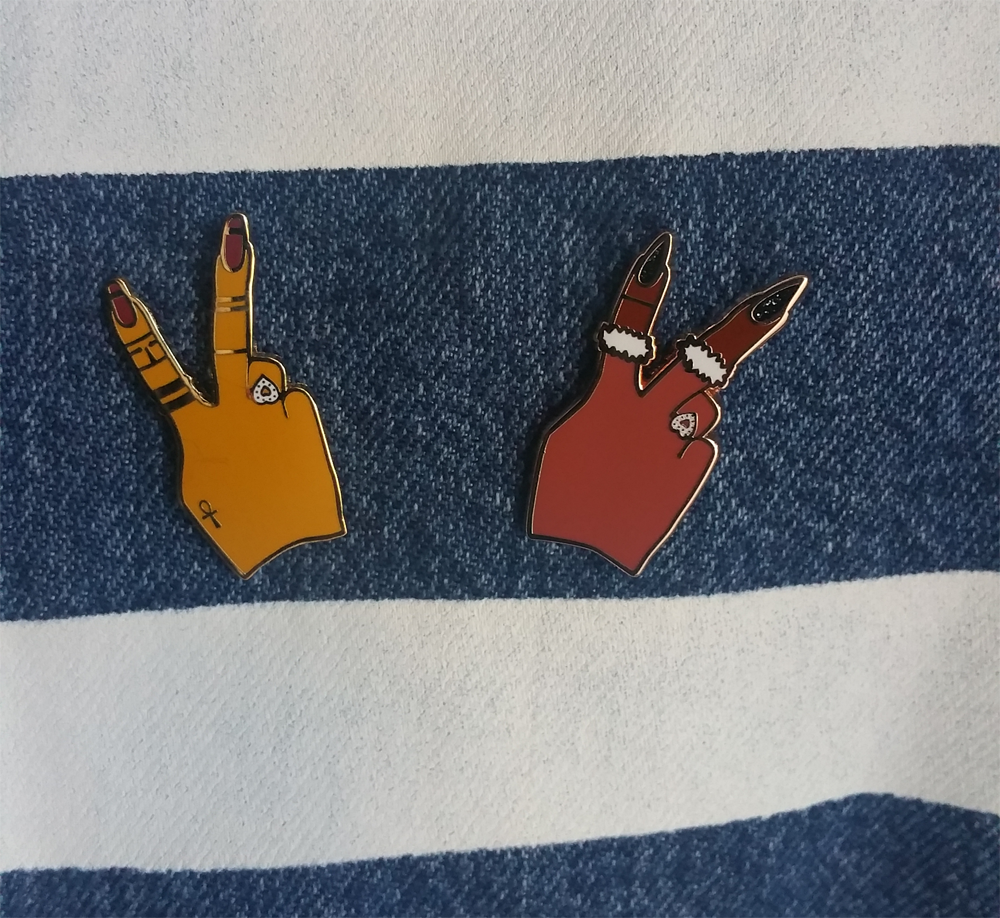 pets says:
Very collectible! Maybe there can be Afrobella pins?