Via the Associated Press:

“KINGSTON, Jamaica – Mikeisha Simpson covers her body in greasy white cream and bundles up in a track suit to avoid the fierce sun of her native Jamaica, but she’s not worried about skin cancer.

The 23-year-old resident of a Kingston ghetto hopes to transform her dark complexion to a cafe-au-lait-color common among Jamaica’s elite and favored by many men in her neighborhood. She believes a fairer skin could be her ticket to a better life. So she spends her meager savings on cheap black-market concoctions that promise to lighten her pigment.

“I hear the people that say bleaching is bad, but I’ll still do it. I won’t stop ’cause I like it and I know how to do it safe,” said Simpson, her young daughter bouncing on her hip.

People around the world often try to alter their skin color, using tanning salons or dyes to darken it or other chemicals to lighten it. In the gritty slums of Jamaica, doctors say the skin lightening phenomenon has reached dangerous proportions.

“I know of one woman who started to bleach her baby. She got very annoyed with me when I told her to stop immediately, and she left my office. I often wonder what became of that baby,” said Neil Persadsingh, a leading Jamaican dermatologist.” 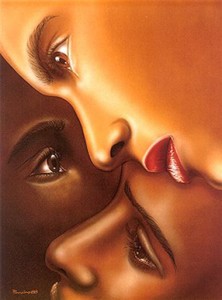 I wonder what became of that baby, too. And what will become of Mikeisha Simpson’s young daughter, who will grow up with a mother convinced that her own skin is too dark to be considered beautiful, and convinced she knows special, safe skin bleaching tactics.

While skin bleaching remains largely taboo and abhorrent in the United States, the practice remains popular around the world, particularly in Africa, India, and the Caribbean. While oftentimes serums or ointments are sold stateside for fading dark spots and hyperpigmentation, other countries sell products that are popular for prolonged, all-over use with the goal of altering the user’s entire skin tone. Products with names like Crusader, Dermovate, Porcelana and Fair and White. In parts of Jamaica, some street corner hustlers sell home made skin lightening formulas and ointments. And the sale of skin whitening creams remains big business for the companies that create these products. I first blogged about this topic back in 2006. It’s disheartening to read a current AP article that reveals that the practice is just as common as it’s ever been. 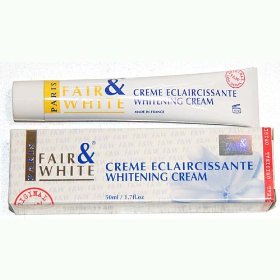 Natural hair has become popular and can even in some ways be labeled as a trend nowadays. But while there’s a global movement of women of color who are learning to love their hair as it naturally grows, there’s a persistent and troubling perception right here in America and in cultures around the world that black skin isn’t beautiful skin.

According to that quote from Mikeisha, no matter how dire the warnings from medical professionals there will be those who ignore the messages in their quest to be light and bright. And when artists like Vybz Kartel vehemently defend their interest in skin whitening, it undermines the positive messages to love yourself being sent out by artists like Queen Ifrica.

I wish I had an answer, for what would make that universal change for women like Mikeisha and others around the world realize their skin color is beautiful as it is. I wish that I could see an end to that kind of mentality. The truth is, I don’t. But I sincerely hope that by encouraging black women to share the reasons they love themselves as this great Madame Noire article does… by discussing these topics and reinforcing to the younger generation that ALL shades of skin are beautiful, we can make a difference that will be felt around the world. I hope.

What say you, bellas? Do you know anyone who’s used skin bleach? Have you? What are your opinions and experiences here?

edited at 4:40 pm – normally I do more research before posting, so I apologize for missing this Black Voices post about the same AP article. The photos there are truly horrific and underscore the true effects of persistent skin bleaching. Awful.

And regular reader and wonderful person SoFroLushes pointed me in the direction of this Mr. Vegas song about bleaching.

Love his voice and the message, and of course the classic Nardo Ranks dancehall tune he remade for this one! Thanks SoFroLushes!

« Runway to Reality With Meagan Shea
Men and Makeup »