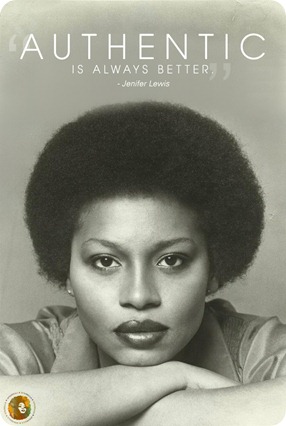 Since her stage debut in 1979, she’s had notable, beloved roles in every medium of acting – from the Broadway stage to the small screen to cinemas around the world. She’s known as a consummate professional, and has worked alongside some of Hollywood’s biggest stars in some of their most iconic roles. I first loved Jenifer Lewis on my favorite childhood TV shows — she played Dean Davenport on A Different World, and then Will Smith’s Aunt Helen on The Fresh Prince of Bel Air. She’s starred in some of my favorite films — as Tupac Shakur’s mom in Poetic Justice, as Angela Bassett’s mom in What’s Love Got To Do With It, and as the late, great Whitney Houston’s mom in The Preacher’s Wife. No wonder they call her “the black mother of Hollywood!” Jenifer Lewis can always be relied upon to play the wise, passionate, totally believable mother figure.

Jenifer is about to take on another maternal role in Think Like a Man — she plays Terrence J’s mom in the film, which opens nationwide on April 20. And Jenifer is also newly natural — at the NAACP Awards in February, she rocked her TWA with pride and looked stunning doing it.

I had the awesome opportunity of interviewing the one and only Jenifer Lewis about her career and her hair. She’s an amazing lady! And you can like her on Facebook — there she’s Jenifer Lewis For Real — and you can follow her on Twitter @JeniferLewis.

Afrobella — You’re a living legend who has played such a stunning variety of roles — usually you play a mother and you’ve been mother to a jaw-dropping array of stars. Who has been your favorite “play child”?

Jenifer Lewis — “There have been so many! I’d say Tupac was very interesting. Whitney was a lot of fun. And Taraji was wonderful – we had a great chemistry, she and I.”

Afrobella — Talk to me about what it was like to work with Tupac Shakur, he was so fascinating and talented.

Jenifer Lewis — “He was SUCH a NATURAL. The chemistry was great — it was like we were mother and son for years. Very interesting young man. He was who he was, and he honored who he was. Some people wear the fact that they are intelligent. He wore that.”

Afrobella — And if you might talk to me about Whitney Houston…

Jenifer Lewis — “Whitney was FUN. She laughed a lot and she really wanted to learn. I admired that in her. I love people who ask questions, there is courage in that. And her voice…I’ll tell the world — I witnessed Whitney Houston record three songs live during The Preacher’s Wife and to me her voice was the eighth wonder of the world. It was a moment I will never forget.”

Afrobella — I saw the pictures of you rocking a fierce natural afro to the NAACP Awards – I love it!! Talk to me about your new hairstyle! What led you to go natural?

Jenifer Lewis — “I had surgery on my right arm – I couldn’t reach up to comb my hair so i just cut it off — only to re-discover my beautiful nappy hair.”

Afrobella — How do you feel about being natural?

Jenifer Lewis — “Look, like many Black women of my generation, I’ve been through it all. First, my momma fried my hair, then in the 70s, I got my fro. After that I burned my scalp with chemicals for 30 years. It became a habit that was hard to break. But I tell you – when you get tired of burning your scalp and wasting hours in the hairdresser’s chair, you will embrace your natural naps.

So how do I feel? Free. Honest. It feels so good, and it’s cute too. Sexy even. My fiancé LOVES it. He loves touching it.”

There are studies that show that one of the reasons for overweight and obesity is because of how we feel about our hair. Some of us fear that when we exercise our hair will “turn back” to its natural state – NAPPY! I am not judging, i am simply stating that for me right now, NAPPY equals HAPPY. You don’t have to choose between being cute or being healthy. I am proof you can be both.” 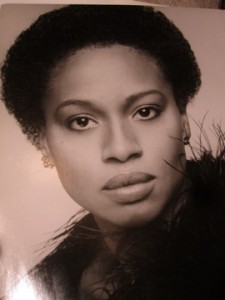 Afrobella — What are your thoughts on natural hair and Hollywood? It still seems to be such a big deal for black actresses.

Jenifer Lewis — “As a 50-plus woman who came from extreme poverty to appearing in 60 motion pictures, 259 TV shows and four Broadway hits, I’ve earned the right to wear my hair any damn way I please! There is no question that I will put on a wig to play a character, but in my personal life I am gonna do some laps in my naps!

And let me pause for the cause in tribute to Whoopi – she was the first Black Hollywood A-lister to say “this is me, I am free.”

To all you nappy sisters out there — go get ’em tiger!” 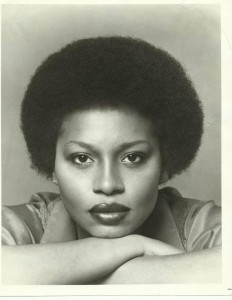 Afrobella — So you LOVE your natural hair! And do you plan to keep it this way?

Jenifer Lewis – “I’m gonna keep it like this for as long as I like it, and right now I love it!

Listen, we’ve been led to believe that we need to look a certain way to be accepted in the world. I’m simply proving that’s BS.”

Afrobella — Are there any particular products that you’re using that you love for your natural hair?

Jenifer Lewis – “Girl, I just use some grease and I keep it MOVING! I braid it at night like my grandma used to do,. That makes it bigger the next day. I put a little olive oil…which is good for your hair and your skin.”

Afrobella — Which brings me to my next question…what are your favorite beauty products and tips for maturing beautifully?

Jenifer Lewis — “I just put on Kiehl’s Crème de Corps and I don’t mess with a lot of other stuff. My fiancé loves me without makeup so I don’t wear a lot of it when I’m not working. I’m a big believer in eating fruit, vegetables and grains, and I drink lots and lots of water. And I exercise — cycling, swimming, yoga, pilates. I have not had a cigarette or alcohol in 12 years because I “grew up” and wanted to honor my gift.

Afrobella — What would you say is the best beauty secret you’ve learned through the years? 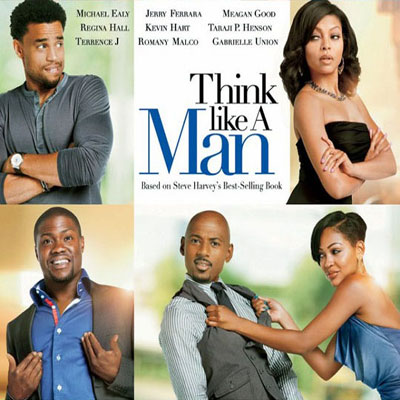 Afrobella – Your next film is Think Like a Man, which is like a who’s who of black Hollywood! How much fun was it to make that movie?

Jenifer Lewis — “I had a ball working on that movie, Tim Story is a wonderful director. His warmth makes you want to give him the performance he’s asking for. Gabrielle Union, Regina Hall, and Taraji P. Henson are always professional and fun.

Afrobella — Jenifer, you’ve done it all — you’ve had incredible roles on stage, on television, and in the movies. Do you have a preference?

Jenifer Lewis — “I do indeed have a preference and that would be the theater. It is immediate. You’re there with the people. You can hear them breathing, laughing, thinking. I’ve done four Broadway shows and have had concerts all over the world. Live theater is magic in the moment.”

Thank you for your time, Jenifer — it was absolutely an honor!

nikki says:
I love her!!! I was just watching what's love got to do with it yesterday...

natural dancer says:
Love, love, love button on this interview!!!! That is all. :)

pets says:
Have always liked her! She is so real.

LAGirlatheart says:
Thank you for doing this interview, Bella! LOVE HER!!!

Angela Hall says:
I love her. Her voice is so distinctive you ALWAYS know when she's on a show. Thanks for the great interview.

I Am Your People says:
I saw her live as Dolly Levi in "Hello Dolly." She's a tour de force as a live performer, the screen just doesn't do her justice.

Jai says:
I've always been a fan of hers and she looks gorgeous with her fro!! Continued success Ms. Lewis!

Rainy Day Diva says:
I love Jenifer Lewis. She is definitely authentic. I had no idea she was rocking a 'fro. You did a fantastic job with this interview, Bella!

Doctor Cris says:
I love Jenifer Lewis. She is a lady of beauty, character and grace. Jenifer is as beautiful as ever and a fine actress. I love when she says to be authentic and self accepting of who you are and what you desire--that is the key to our own radiance.

Whitney says:
Great interview, I love Jenifer Lewis and her message that we need to just be ourselves.

Felicia Shelton says:
Ms. Lewis is stunning, amazing and intelligent. Clearly she respects herself starting from the inside out. That's the secret no one really talks about. She treats her body with respect in terms of good food and exercise and my goodness, look at the results! It's not about how you treat your hair, it's about how you treat yourself.

JouleCoin Mining Pool says:
Hi there! I realize this is kind of off-topic but I needed to ask. Does operating a well-established website such as yours take a large amount of work? I'm completely new to writing a blog but I do write in my journal every day. I'd like to start a blog so I will be able to share my personal experience and feelings online. Please let me know if you have any suggestions or tips for brand new aspiring blog owners. Thankyou!

phen375 Reviews says:
There are lots of satisfied users that verify fat loss of up to 5lbs a week or maybe more, even though, like all weight-loss product, benefits vary from anyone to a higher. These are of course not healthy, but will result in dramatic weight loss, and are seldom fatal. Next to shedding weight, here are additional effects essential to Phen375 fat burner like effectiveness of product, general safety and many more.

trikes for sale says:
Hello There. I discovered your weblog the use of msn. That is a very neatly written article. I will make sure to bookmark it and come back to learn more of your helpful info. Thank you for the post. I'll certainly return.