Let me begin this review with something of a disclaimer – I am a Quentin Tarantino fan. I’ve seen Reservoir Dogs and Pulp Fiction, True Romance and both parts of Kill Bill, From Dusk Till Dawn and Jackie Brown and Death Proof and Ingloruious Basterds. I’ve seen them all, many of them multiple times. So when I went to a screening of Django Unchained, AKA Tarantino tackles slavery, I didn’t go into it expecting anything less than a Quentin Tarantino film. 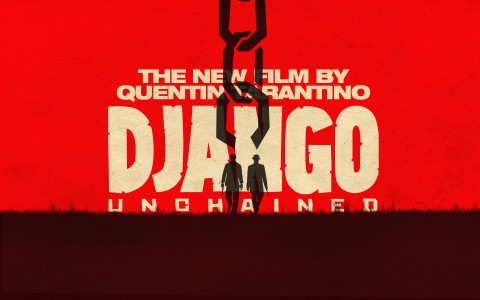 So the advanced outrage to Django Unchained is somewhat amusing to me. Why are people turning to a Tarantino film, expecting any kind of accurate representation of history? Or sensitivity? This reminds me of when people were mad at Chris Rock because Good Hair didn’t tackle the subject of black hair in the way they hoped it would. Consider the source and manage your expectations accordingly. Always.

Django Unchained is a fantasy. It is ridiculous and over the top. It’s frequently cartoonish in its violence and imagery. It is not for the faint of heart. If I had to summarize Django Unchained in four words, I’d say – Bloody. Brash. Unmistakably Tarantino. A petition against it is pointless, and Spike Lee refusing to see it won’t do anything to slow down what I see as inevitable, big success for this movie on Christmas Day. I know this movie is gonna make a whole lot of people mad – understandably so. I saw it five days ago and I’m still not sure what-all to make or say about it. But here goes.

Django Unchained is a genre mashup that would best be described as a blaxploitation/spaghetti western/revenge movie. It’s surprisingly sharp and funny and made me laugh out loud unexpectedly, more than once. And there were quite a few scenes that hurt to watch, made me uncomfortable, and caused me to look away from the screen due to my own visceral reaction to what was happening. It’s entertaining and problematic and difficult and gory. If you can’t do bloody movies, skip Django Unchained. When people die in this movie, the blood and guts spurt. If you’ve seen the trailer, you’ve got an idea. Blood sprays the cotton. Blood drips down the walls. There is quite a bit of blood in this movie.

I used to want to be a film critic. I studied film criticism in college and came close to declaring that as my major. And the more I read film reviews, and had to study critics, the more I hated them. If you want to thoroughly enjoy and be surprised by Django Unchained, don’t read the reviews and don’t read any interviews. Because there are some major spoilers out there, and when I watched the movie I found myself getting annoyed that I knew as much about it as I did. So there won’t be any spoilers in this review. I don’t want to ruin the experience for anyone and I look forward to hearing your opinion once you’ve seen it.

Here’s what I will say – I think Django Unchained is going to be more popular than its detractors want it to be. I’ve been contacted by a few folks mentioning petitions against it, citing Quentin Tarantino’s gratuitous use of the N word through the years, and the overabundance of that word in this film in particular. I never use that word in real life, I have very strong feelings about it (despite having friends and family who feel otherwise). I’m not a fan of the prolific, popular, casual use of that problematic word. But I hope that the constant repetition of the word in Django sparks a reaction in those who see the film. Because THAT is what it was for our ancestors. A slur. A curse. A word meant to belittle and diminish. You see and feel that in this movie. In this great interview with Henry Louis Gates Jr, on The Root, Tarantino reveals that was his intention – “I don’t want it to be easy to digest. I want it to be a big, gigantic boulder, a jagged pill and you have no water.” That came across loud and clear.

As for the cast — Jamie Foxx is intense and excellent as Django. Kerry Washington is beautiful and you feel for her as Broomhilda. Some of her scenes were the most difficult for me to watch. Christoph Waltz is a true acting pro and he’s great as Dr. King Schultz (yes we see what you did there, Quentin Tarantino). Leonardo DiCaprio is great in just about everything he does, right? He’s a truly memorable and over the top villain here. And Samuel L. Jackson plays one of the most loathsome villains I’ve seen on film in a long time. I’d become so accustomed to rooting for Sam Jackson on screen. In Django Unchained, he made me hate him. There were some truly standout supporting actors as well – the performance by Ato Essandoh as D’Artignan was so raw and painful. And Miriam F. Glover as Betina gave a solid performance as well. My ONE issue with a performance in the film, is the director. Quentin Tarantino as a personality, is annoying. And he always puts himself in his own movies. And because Tarantino has talked and talked and talked and TALKED so much about this movie, from the moment he appeared on screen, I knew what to expect and I knew what would happen and I can only blame myself for reading more in advance about the movie. ARGH.

Something’s gotta be said about the reaction of the audience. A whole other essay could be written about the audience’s response to this film, in terms of the violence, the language, the male nudity on screen. It was truly fascinating not just to find myself laughing or emotional, but to see what the rest of the audience laughed at. Or gasped at. Or hooted, hollered and cheered for. The reaction to Django Unchained from audiences and the media…all of it has been really interesting to watch.

After I tweeted about having seen the movie, I was inundated with questions from folks on Twitter. What do you think? How many stars would you give it? Two thumbs up? I still don’t totally know what I think, but I know I’d see it again. I can’t assign it a number of stars. but I’d lean towards a solid 4 out of 5 if I had to use that kind of ranking. I would give it two thumbs up, because it really was entertaining even though it’s problematic and I look forward to reading more nuanced, informed criticism about it. Django Unchained was a whole lot of things. It’s the kind of movie made for college students who are studying film, made for movie geeks. I would have loved studying this in film school — there’s a lot to unpack and analyze and write about. Django Unchained is super long but it’s never boring. It depicts a real time in our history but draws the outline of slavery in the most two dimensional way. Tarantino’s slave owners are bumbling, stupid, slapsticky and buffoonish, while being desperate to be seen as cunning, clever and important. They are comic relief characters but the laughter always brims with violence and menace. Somehow the film managed to be both more and less than I expected.  But still, there’s a lot of meat on these bones. I think Django Unchained is going to be one of those films that lingers for a long time, in the media and in the academic world.

I already know Django Unchained will be successful at the box office this week. But I have some hopes attached to the film. I hope that it provokes discussion and dialogue, not just knee jerk reactions. I hope it opens the floodgates for the legions of black directors who have been waiting to tell our stories – how many times do we need to hear about directors, producers and visionaries who have been wanting to make a film about **insert African American historical figure with compelling, cinema worthy life story here** but the studio won’t fund their projects? I hope Django Unchained reminds some studio heads that audiences of all colors do want to see these stories, and not just in February. I hope Django Unchained inspires the audience to leave the theater and examine the real history of our people, because there’s no film that could capture the true scope of the pain and horror that was endured.

I hope I haven’t set my hopes too high.

After you’ve seen the movie, if you’re like me you’ll want to read about it for a week straight. Here’s some good reading about Django Unchained – best read after you’ve seen it. It hits theaters on Christmas Day.

The Root interview with Tarantino, part 1 and part 2

The Playboy interview with Tarantino.

Will Leitch for Deadspin.

Shadow and Act’s two reviews – one positive, one negative.

Have you seen Django Unchained yet? I’m really curious to hear your opinion. Please let me know your thoughts in the comments!