When I was a teenager, I was sent to tennis lessons. I spent weekend mornings running around and picking up tennis balls, all under the tutelage of an elderly gentleman named Mr. Valentine. Mr. Valentine was a very forthright gentleman and after some time had passed, my parents asked him for his opinion on my tennis skills and capabilities. “I think Patrice…is more of an academic,” he said. I’ve never forgotten that. Mr. Valentine was right (I was not athletically gifted) but for years I carried those words with me, and allowed them to make me feel less than capable about sports and physical activity in general.

So when I started seeing images of Chicago’s own tennis champion Taylor Townsend, I was SO happy for her! It is so validating and inspiring to see someone who looks like you, doing things you never dreamed of doing. If you aren’t yet aware of Taylor Townsend, then take notes – she’s quickly becoming a new tennis superstar. 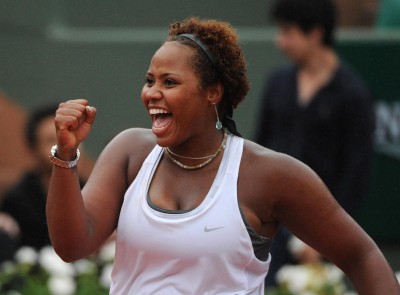 Who is Taylor Townsend? She’s the 2012 Australian Open girls’ singles champion. She is the first American to hold the No. 1 year-end world ranking for junior girls since Gretchen Rush in 1982. She is the youngest American female to advance to the third round at the French Open since 2003. She beat Alize Cornet, the number 20 seed. She’s making incredible achievements in the sport, but the headlines about her have primarily focused on her body.

That right there, inspired this post. Here are a few reasons to LOVE Taylor Townsend!

1 – she’s from Chicago’s south side! Via the Chicago Sun-Times – “Born in Chicago to Gary and Sheila Townsend, Taylor grew up on the South Side in the Englewood and Chatham neighborhoods. Her mother played tennis matches into her eighth month of pregnancy.

A product of XS Tennis in Chicago, Townsend has been coached by former collegiate player Kamau Murray for the last seven years and was recently joined by XS Tennis’ director of junior development, Aaron Mabra…Mabra said that growing up in Englewood has contributed to Townsend’s mental toughness.

“She grew up on the South Side, and she had to deal with day-to-day life situations,” Mabra said.”  Some GREAT people have come from Chicago, Taylor – you’re in excellent company and you’re making us proud!

2 – she’s rocking her natural hair! Taylor’s been rocking her hair in a beautiful short curly fro, or braids as a protective, chic style. Either way, she’s winning. Who’s mad. You mad? 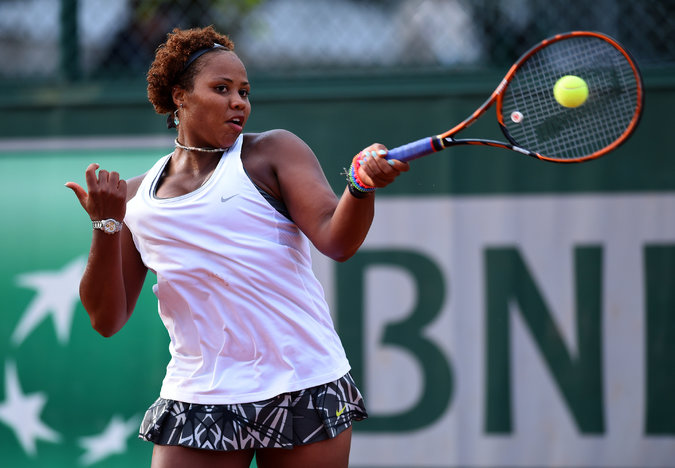 3 – she is who she is and owns it. And that sends a powerful message. My friend Denene of My Brown Baby wrote such a beautiful, moving post about what Taylor Townsend represents to her girls, and to all curvy women of color. Go ahead. Click here to read it. I’ll wait.

Wasn’t that beautiful? Denene is the don dada of writing. And she said it so wonderfully, paying homage to Taylor and other “thick, chocolate athletic powerhouses” : “play your game, Taylor. PLAY. IT. TO. WIN. And be exactly you are—a beautiful, strong, athletic young woman standing in the wings as the next American tennis champion. We see you. And love you exactly the way you are.” 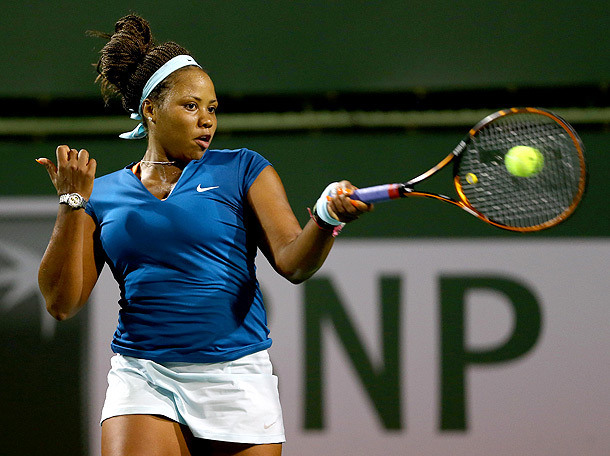 4 – She flies above her haters.

I know. Hater is an oft-overused word that can sometimes mean nothing but despite her age, Taylor Townsend has faced some ridiculous ignorance about her body and some completely incorrect assumptions about her capabilities, from no less than the USTA. The blog SorryWatch breaks it all down with righteous anger, click to read. Basically in 2012, Taylor’s mom paid out of pocket for her daughter to attend the Open, because the USTA refused to pay her way until she lost weight and fit their definition of what a number one player looks like – even though she was already number one at the time. Via WSJ.com — “Our concern is her long-term health, number one, and her long-term development as a player,” said Patrick McEnroe, the general manager of the USTA’s player development program.”

That’s what we call “concern trolling,” on the internet. There’s genuine concern and then there’s this faux-concern about people of size, regarding their health. Taylor’s mom paid her way and she continued to win and defy the expectations that have been placed on her because of her body, proving all of her naysayers wrong in the process.

5 – she’s got the best celebration dances!