Most of the time, my mom or my aunts or my sister did my hair. But the occasions where my dad tried to comb my hair are amongst the most memorable. The struggle was real, and so was the love. Daddy haircare has an extra special place in my heart because of those memories. And I’m not the only one who feels that way, judging from the response to daddy-related natural hair videos online. They get SO much love! Writer and director Matthew A. Cherry found inspiration in the trend, and he’s creating an adorable animated short called Hair Love . When  I saw the images he shared on Twitter, I knew I had to share his Kickstarter to fund the project.

The Kickstarter deadline is August 9, so click here to support if you can! 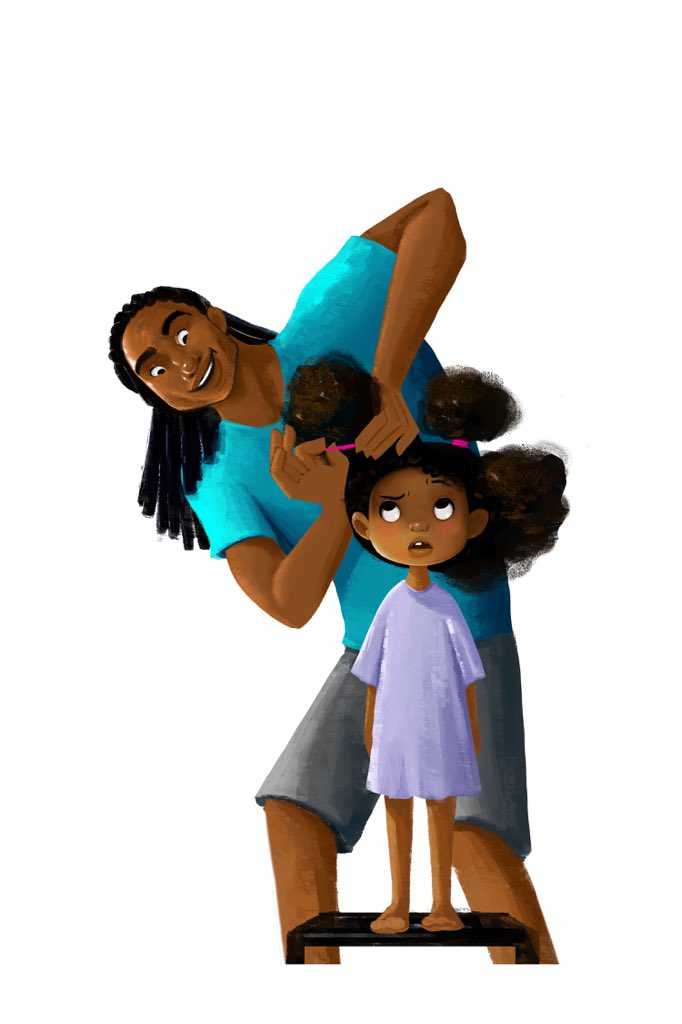 Hair Love’s concept is a 5 minute animated short about a father, Stephen, and his baby girl Zuri. He’s used to mom doing baby girl’s hair, but before a big event he has to step up to the plate and figure out how to style her hair. There’s a natural hair vlogger who provides inspiration, and a pet cat — all musical score, no vocals. This all looks super cute and I can already see this animation coming to life. Matthew’s collaborating with Jason Marino, a great 3D artist who previously released a short of his own, 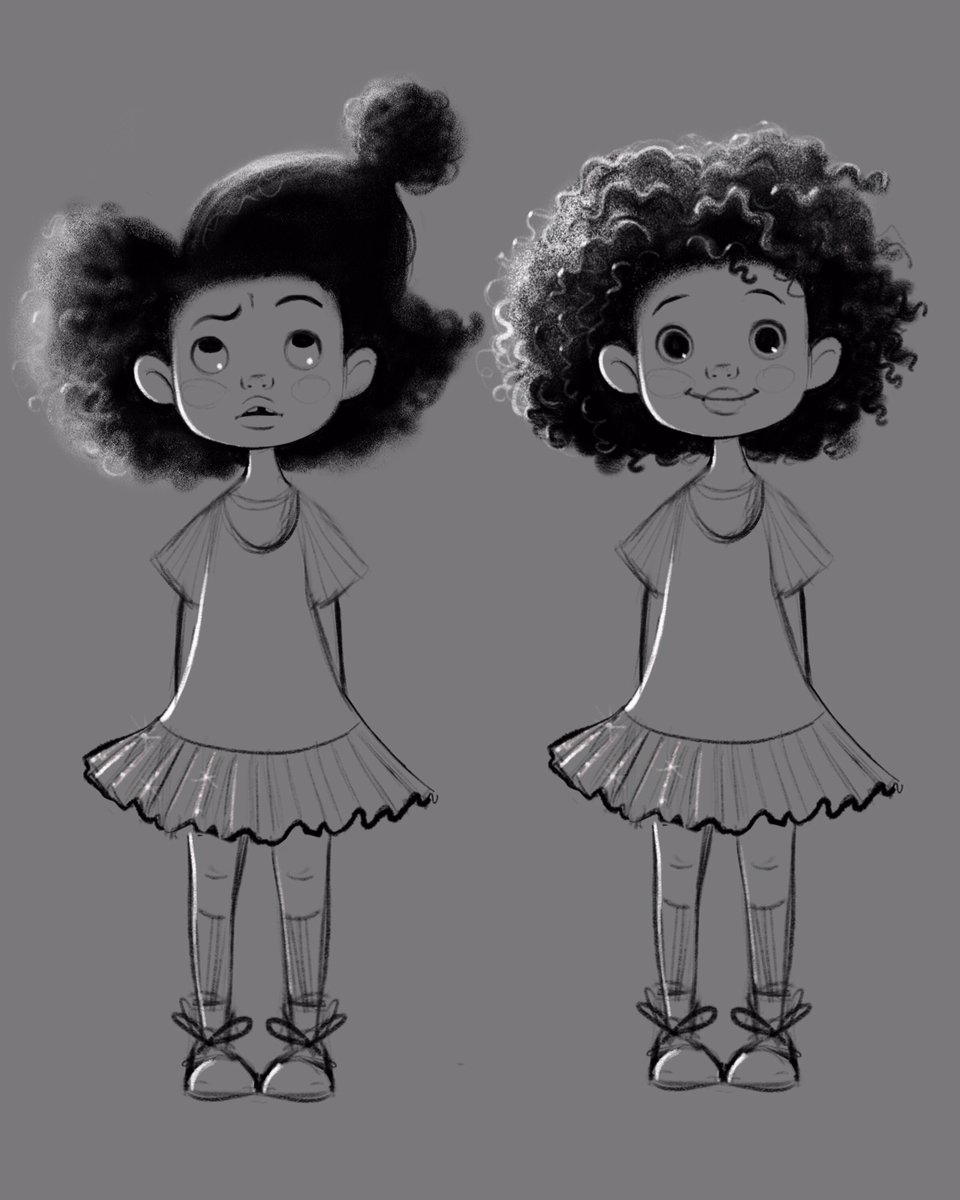 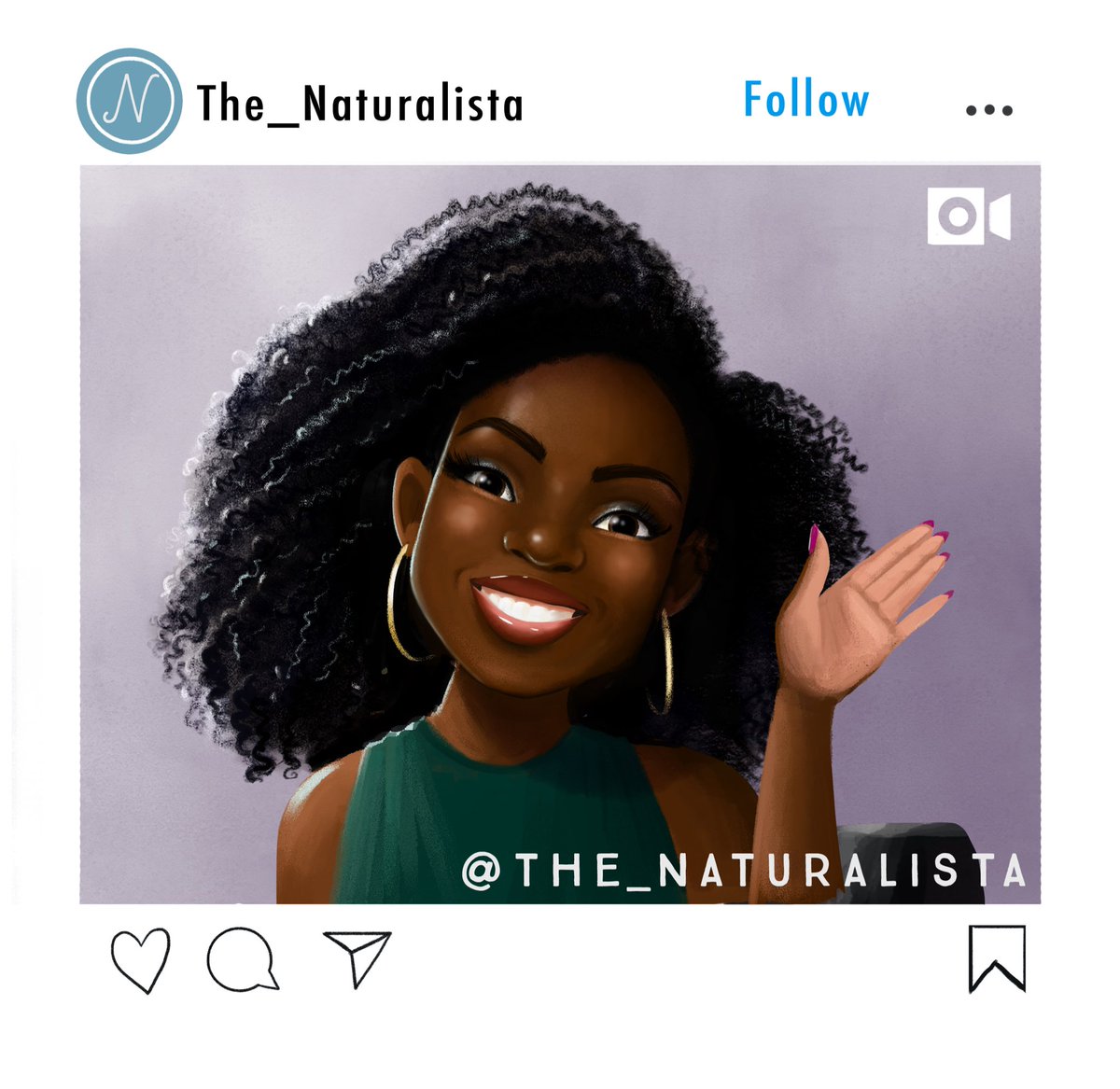 Via Twitter, Matthew explained that the costs for animation are extremely high so he’s seeking funding via Kickstarter. For 75K, they can create a traditional 2D animated short. For 100k, they can give Hair Love the full Pixar-esque treatment. And that would be a beautiful thing to see.

Our kickstarter goal is so high because animation is just a super expensive medium. From storyboarding, to rigging, lighting, animating etc.

Backers to the Kickstarter can get some really cool incentives, like producer credit, custom animated prints, coffee table books and even Healthy Roots Dolls that look like Zuri!

I reached out to Matthew to learn a bit more about the project and his hopes for it.

Afrobella — What was the inspiration and what is the intent behind this project?

Matthew A. Cherry — The inspiration behind this project was wanting to write and direct something in the animation world that featured a young black heroine. I love animated movies and a lot of times I don’t find that we are fully represented and the intent for this short film is for little black girls to see a character that they can relate to. We want to promote hair love and for young girls to embrace who they really are.

Afrobella — What are your hopes for Hair Love? Where will we be able to see and support?

Matthew A. Cherry — My hope for the short is that it inspires people. I want people to be able to relate to the story and while the main story focuses on a father doing his daughters hair for the first time black women will see themselves represented in this piece as well, especially with our Natural Hair Vlogger character Angela. If one little girl feels a little better about herself and her natural hair because she saw this project then everything will be worth it.

We are going to try and debut the short film on the film festival circuit (i.e. Sundance, SXSW or the Pan African Film Festival) but we are going to try and make sure that it is available for everyone to view sometime next year. The easiest way to guarantee that you can see it is by donating to our kickstarter campaign here https://www.kickstarter.com/projects/matthewacherry/hair-love-animated-short-film. 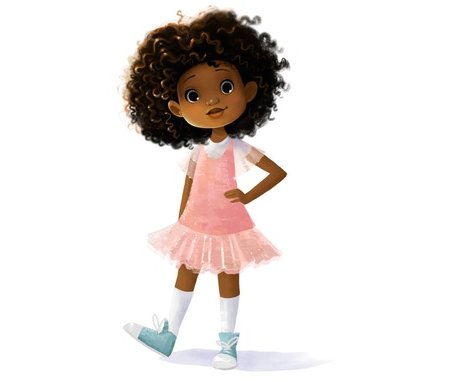 Matthew is a cool, talented guy and this project is the kind of thing we want to see more of in the world. Click here to support or share the Hair Love Kickstarter if you can, and click here to follow @MatthewACherry on Twitter, he’s generally an interesting, intelligent dude who shares great insights about the film industry and his upcoming projects. And gifs. Lots of gifs.

Here’s hoping we all get to see Hair Love come to fruition!

pets says:
Loving this! Takes me back to when you were small but also to my childhood days.

Stella says:
I love straight hair don't love too much fashion because I think instead of stylish hair make hair healthy and strong that is why i started my own caffehair